10 Ways to Get Out on the Water Before Summer Fades

One of the reasons we moved to Vancouver is because of the water that surrounds it. Although it’s never too cold to play outside, it’s a good idea to take advantage of opportunities to get out on the water before it gets too cold.
Sep 12, 2016 2:25 PM By: James Denby And Robin Ulster

One of the reasons we moved to Vancouver is because of the water that surrounds it. Although it’s never too cold to play outside, it’s a good idea to take advantage of opportunities to get out on the water before it gets too cold. With only a few weeks left of warm weather, here are our favourite water activities.

It’s an amazing feeling to paddle along the shorelines or in the bays of our beautiful city. You can paddle right in the city at Creekside Kayaks or Granville Island or in a more nature-filled setting in Deep Cove (which closes for the season in October).  It’s a good idea to call first to make sure there are boats or boards available. Now that the peak summer season is over, they are way less crowded.

2. Swim in the Ocean

Vancouver has beautiful beaches, some right in the centre of the city and some in North and West Vancouver. In the West End, we like to swim at the beach in English Bay, and Second and Third Beaches in Stanley Park. Across the water, we love Kitsilano, Jericho, Spanish Banks, and Locarno Beaches.  Wreck Beach is a bit further away but worth it. In West Vancouver, Whytecliff Park has a swimming area and in North Vancouver, Deep Cove has some nice rocky beaches for swimming after you work up a sweat kayaking.

Nearby Snacks: English Bay: So many places. We love to grab falafels at Babylon Cafe and eat them on the beach. Jericho Beach: The Galley Patio and Grill. Deep Cove: Honey’s Donuts or Arms Reach Bistro (nice views and good food).  While it’s still warm enough to bring a picnic, we like to pick up sandwiches and salads at Railtown Cafe and Finch’s Tea and Coffee House.

From Granville Island or Coal Harbour you can rent a power boat with your friends for the day. Boats are limited to the bays and to Granite Falls/Indian Arm but there is plenty to do and see in a day, including visiting a seal colony. You can even go crabbing or fishing (with the right boat and licence). Call or drop by for details.

4. Swim in a River or Natural Pool

This is not for the faint of heart, because the water is cold but it’s so beautiful that it’s hard to resist the temptation. The 10 metre pool at Lynn Canyon and the beautiful rock pools along the Capilano River and Lynn Canyon Creek make us want to jump in for at least a few seconds in summer and early fall.

Nearby Snacks: The End of the Line General Store, on Lynn Valley Road. 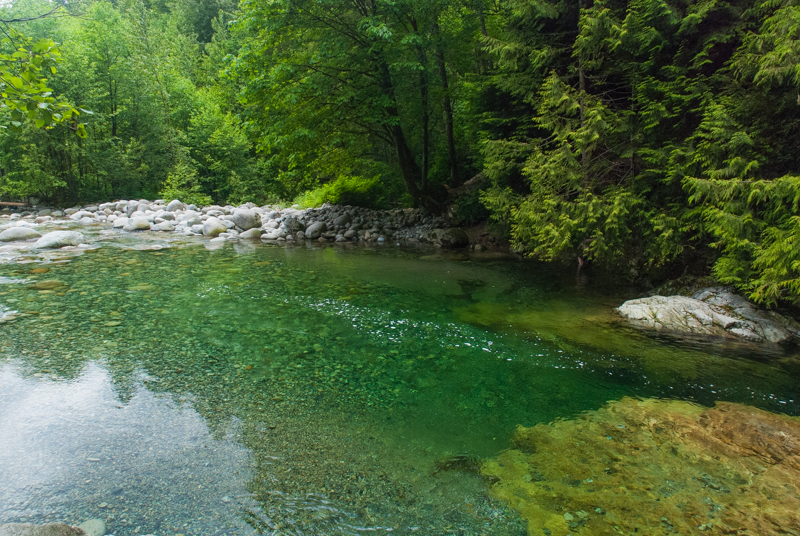 This is one of the best times of the year for swimming in Vancouver’s lakes, rivers and oceans because the water temperatures are probably the warmest of the year. These three beautiful lakes are great to catch on the weekends or after work in September and early October as the sunset is later than it will be in the winter months.

Mystery Lake at Mt. Seymour, about 1.5k each way from the Mt. Seymour parking lot.

Whyte Lake in West Vancouver, about 3k each way and the hike is a little steeper than the other two.  You can park at Westport Road just south of the Upper Levels Highway at Nelson Canyon or closer to Horseshoe Bay at Exit #1. 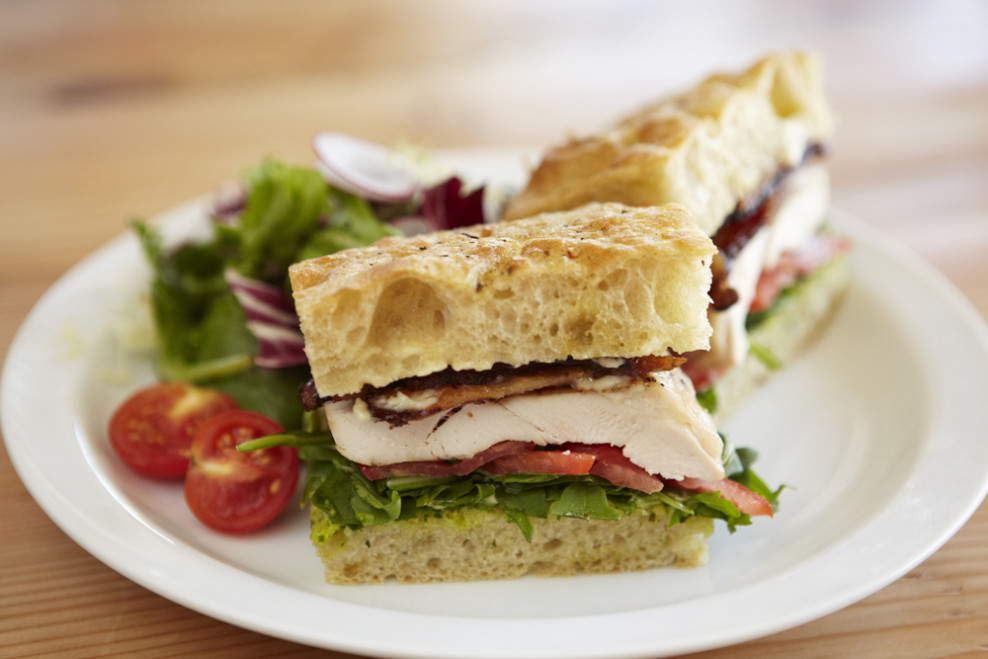 All the water parks are closed but Playland's Flume Ride is still running until September 18th (this weekend!). It’s not a water slide but you will get splashed and you’ll have fun in Playland’s last weekend of the summer.

Nearby Snacks: You're at Playland; there is food everywhere!

When our visitors come to Vancouver for the first time, they almost always go whale watching. Just being out on the water, seeing seals and sea lions, eagles, herons, and otters is pretty exciting. If you are lucky enough to see a whale, you will want to do it again. Wild Whales runs trips from Granville Island(15% discount for locals), and Vancouver Whale Watch runs trips from Richmond (you can take a shuttle from downtown Vancouver) until October 30th. Prices: Starting at around $130 plus tax for a group tour. See websites for details.

Nearby Snacks: Maybe eat something at home but wait until you get off the boat before eating again, just in case.

If you are too cold to dive in BC's ocean water in the winter, why not go now when the surface temperature is 16 or 17 degrees? Rowand’s Reef take regular trips all year and twice a month their diving club offers 2 free shore dives (you just pay for rental equipment).

Nearby Snacks: Rowand's Reef is on West 4th so there are plenty of choices when you go into the store to check it out before you book a dive trip. Maenam is only a 5 minute walk away (Lunch 12 - 2, Dinner 5 - 10). We love taking ferries from Vancouver and sitting outside (on rainless days) looking for whales, dolphins, and even bears on the shores. These islands are close enough that you don’t have to spend the night but beautiful enough that you can if you want to.

Bowen Island is the closest island to Vancouver, only 20 minutes from Horseshoe Bay.

The Sunshine Coast is a 40 minute ferry ride from Horseshoe Bay.

Galliano Island is an hour from Vancouver by ferry. Price: Ranges from $12 - $18 for foot passengers and $54 for cars. Check BC Ferries for details.

Nearby Snacks: Wait till you get there and try something new.

We know you're not actually in or on the water when you do this, but it feels like you are. We are lucky to live in a city where you can walk along a protected pedestrian (or cycling) path for over 28 kilometers. We've seen otters, seals, sea stars, herons and even raccoons on some of our walks.

Nearby Snacks: It depends where you start, how far you want to go and when you want to stop.

With so much to do in Vancouver on, in and near the water, make the most of it in September and October.