BC Superweek cancels all 2021 cycling events due to pandemic 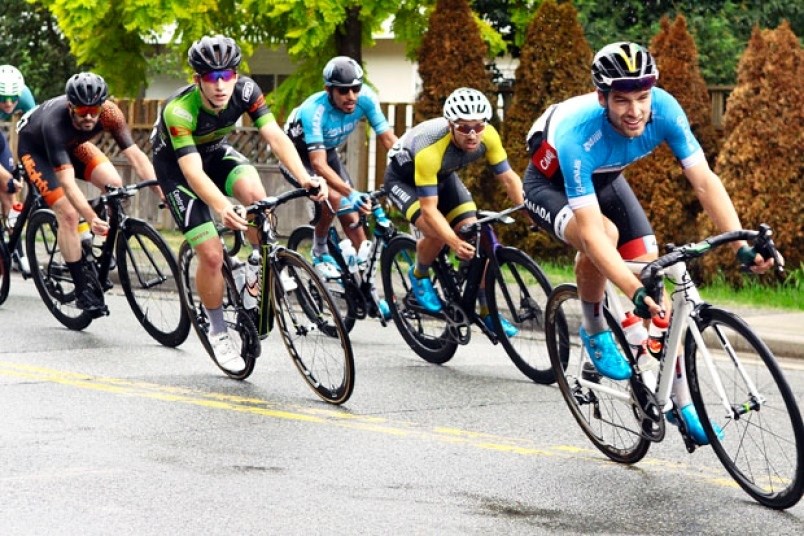 The Tour De Delta is one of six pro cycling races in the annual BC Superweek. Organizers announced Feb. 16 that they are cancelling the 2021 event due to the coronavirus pandemic and will instead focus on planning for 2022. File photo via Tour De Delta

Despite some optimistic posters up in Vancouver's Gastown touting the July 14, 2021 return of the Global Relay Gastown Grand Prix, BC Superweek announced Feb. 16 that the annual collective of pro cycling events in the Lower Mainland has been cancelled again this year due to the coronavirus (COVID-19) pandemic.

"The decision to postpone the event another year was not made lightly by BC Superweek members, but the safety of athletes and spectators is their top concern. The series is an important annual tradition for cyclists and communities alike, and BC Superweek wants to continue to provide race opportunities for the next generation of cyclists," explains event organizers in the cancellation notice.

The 2020 BC Superweek was also cancelled due to the pandemic.

Considered one of the most prestigious pro-cycling events in North America, BC Superweek is consistently a draw for racers and fans from around the world, attracting tens of thousands of spectators. In addition to the pro cycling street races, BC Superweek also creates a community festival atmosphere, offering a chance to engage people of all ages about the world of cycling and have some fun.

Cancellation 'devastating news' for communities, but not surprising

Jennifer McKinnon, the executive director of the Downtown Port Coquitlam BIA, said the cancellation of BC Superweek's PoCo Grand Prix is “devastating news,” but not surprising.

Organizers say because BC Superweek events take months of planning, and the months ahead come with much uncertainty, they are opting to focus on the future instead.

“Amid the pandemic, there was a lot of deliberation among the BC Superweek members about the status of this year’s series. The well-being of everyone involved was the top consideration, and the members look forward to bringing the series back once it is safe to do so,” said BC Superweek Series Director Mark Ernsting.

However, BC Superweek organizers are not able to confirm 2022 dates or details just yet, primarily because the six host municipalities have not yet set budgets for summer 2022. BC Superweek members hope to be able to confirm the status of the 2022 series later this fall.

With a file from Mario Bartel/Tri-City News