There are two chances to catch the Vancouver Symphony Orchestra play for free this weekend in Burnaby's beautiful Deer Lake Park, including the formerly ticketed performance by Bernadette Peters.
Jun 28, 2019 2:15 PM By: Burnaby Now

VSO fans in Burnaby are in for a double treat this weekend – and it’s all free.

On Saturday, June 29, you can head to Deer Lake Park for a free concert featuring Broadway icon Bernadette Peters with the Vancouver Symphony Orchestra. 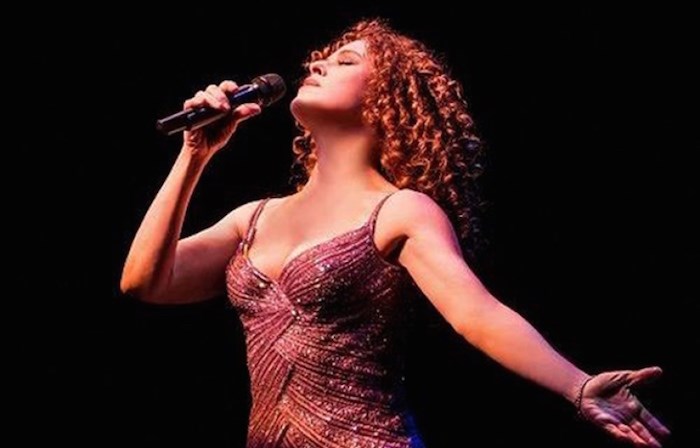 Broadway star Bernadette Peters will perform with the VSO at Deer Lake this weekend, after she agreed to step in for Queen Latifah. Photo courtesy VSO

Queen Latifah, who was previously announced as the guest artist, was forced to withdraw on short notice due to strep throat, according to a press release.

Peters, whose career spans film, Broadway and TV roles, was in Vancouver for a successful performance with the orchestra at the Orpheum on Thursday night. When the news came that Queen Latifah wouldn’t be able to perform, Peters accepted the VSO’s invitation to extend her visit and perform the Saturday concert as well.

“Bernadette Peters is a legend,” said music director Otto Tausk in a press release. “It’s going to be a dream to share the stage with her in Deer Lake. She has so much presence, charisma and artistry. We are so lucky that she is able to join us for the concert tomorrow night.”

Peters will perform some of her favourite songs from throughout her career, including "Send in the Clowns," "No One is Alone," "Losing my Mind," and more. Her longtime musical director, Marvin Laird, will lead the VSO.

The Saturday concert was originally by paid ticket only; anyone who has already purchased tickets can donate the ticket back to the VSO to support its accessibility projects, use the ticket value as a credit towards another performance, or request a refund by calling the VSO box office at 604-876-3434 before June 29.

Bring along lawn chairs, food and water bottles, but leave large tents, tarps and umbrellas behind. No pets are allowed (only working dogs are permitted), and no professional audio and video recording devices will be permitted. There will also be no barbecues or fires.

Then, on Sunday, June 30, the VSO returns for its annual and ever-popular Symphony in the Park extravaganza, featuring a program of beloved popular classics.

Attendees will be able to hear selections from Leonard Bernstein’s West Side Story, Ravel’s Bolero, the overture to Tchaikovsky’s Romeo and Juliet, Mussorgsky’s Night on Bald Mountain, the prelude to Act III of Wagner’s Lohengrin, and themes from John Williams’ E.T.

New to the concert this year is an opening performance from the VSO Orchestral Institute, which includes students from the orchestral training program.

Everyone is invited to turn out with blankets and picnic dinner to take in the concert. The prelude performance begins at 6 p.m., with the feature concert at 7 p.m. Admission is free.

One note: Parking is limited around the site, so it’s recommended that you get there on foot, by bicycle or by transit if possible.