We talk to James Baker of the Bikers for Autism Society about their upcoming fundraising events.
May 3, 2019 4:01 PM By: Sandra Thomas 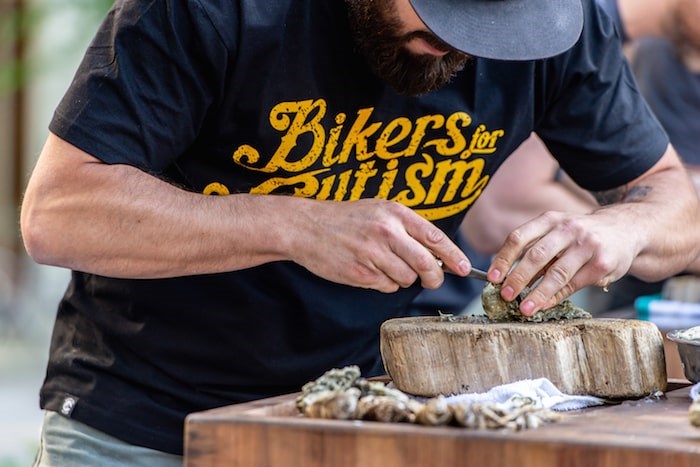 And it’s not just awareness Vancouver-based Baker is focussing on, but also fundraising, which was the impetus for the creation of the Bikers for Autism Society (BFA). But Baker hasn’t stopped there. The young philanthropist is also co-chair of the Music Therapy Ride, an annual fundraiser that brings together members of Vancouver’s business community, music industry, music therapists, bikers and motorcycle riders for a one-day ride up the Sea to Sky Highway in August, which culminates in a music festival in Pemberton.

Money raised from the ride, which launched in 2001, helps support the delivery of 24 music therapy programs and the production of 11 Bandwagons — innovative mobile recording studios used by therapists at care facilities including B.C. Children’s Hospital, Ronald McDonald House and Canuck Place Children’s Hospice. The music program has a special focus on programs for patients on the autism spectrum. BFA fundraising initiatives also help support the Surfs Up event sponsored by Rip Curl, Little Heroes Hockey Academy and Racing with Autism.

The Courier had some questions for Baker about the volunteer work he does.

How were you inspired to start BFA?

I was in the middle of planning a bucket list ride across Canada with my dad, he had just retired. Both my parents are Newfoundlanders so my East Coast roots run deep. In the process, I caught wind that my little cousin was diagnosed with a high functioning form of autism and it triggered something. It was an opportunity to make the ride more than a ride. So we started setting up meet-and-greets, fundraisers and little activations across the country. In that first year, we ended up raising $20,000 and that’s when it dawned on me that it was bigger than just an idea. There was a need for more awareness.

How long have you been riding motorcycles?

I grew up riding dirt bikes since I was 11 or 12 years old. I bought my first Harley at 30, so I guess that makes her my longest standing relationship.

Besides BFA, do you have a day job?

I have a night job, actually. I work at Chewies Steam & Oyster Bar. I’ve been cracking oysters for the last five years to keep the lights on. On top of that, I also wear a ton of hats — president of BFA board of directors and Shuck It event committee, co-chair of Music Therapy Ride, content creator and photography, marketing and event host, and BFA clothing design. I like to keep adding pieces to the mix. 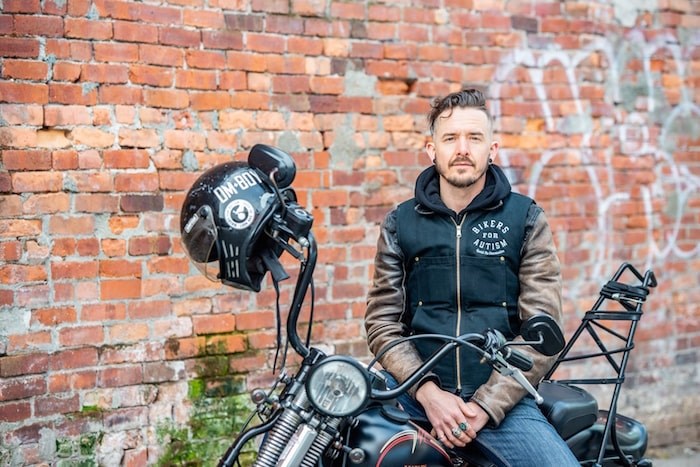 Tell us about the “Look Bad, Do Good” movement, which has also inspired a clothing line.

It was actually coined from a friend of mine, Tyler Hazelwood. There’s always been a stigma attached to bikers and we want to be on the front end of shifting that perception. The idea that you can look badass but have a positive impact on the community is something that BFA embodies.

What is the Halo Project?

The Halo Project was the brainchild of mine and personal friend and talented photographer, Chris Woods, for World Autism Awareness Month (April). I really wanted to dig deeper on what it means to look bad and do good. It gives people from all walks of life the opportunity to express themselves in what it means to them personally. It circles back to awareness, creating impactful conversations is a very positive message of support, compassion and self-expression.

What’s next for BFA?

We are applying for charitable status. Our Moment to Breathe program, which we have been developing over the last year, is the basis for our application. The program is rooted in providing respite care for families living with autism. BFA is working towards choosing a family each month, planning a day of fun which is specifically tailored to the family’s needs and providing the resources to make that day happen. A secondary program we offer is directed towards the parents. Parents get a night on the town compliments of BFA. We provide specialized in-home or overnight care, allowing the parents a 'moment to breathe' and reconnect.

The Shuck It Forward V event takes place May 26, the Born Free ride in California is June, 22 and 23, and the Music Therapy Ride in partnership with Music Heals is Aug. 24. For more information about the society, its events and the Bikers for Autism clothing line check out bikersforautism.com.

One of BFA’s largest fundraiser is the annual Shuck it Forward event at Chewies Steam & Oyster Bar, which this year takes place May 26. Highlights of this fifth annual event includes an oyster-shucking competition pitting 24 of North America’s best male and female shuckers against each other for $2,000 in cash prizes, bragging rights, the official ‘Shuck It’ trophy and entry and airfare to compete in the Raspberry Point International Oyster Shucking Championship in P.E.I. later in the year.