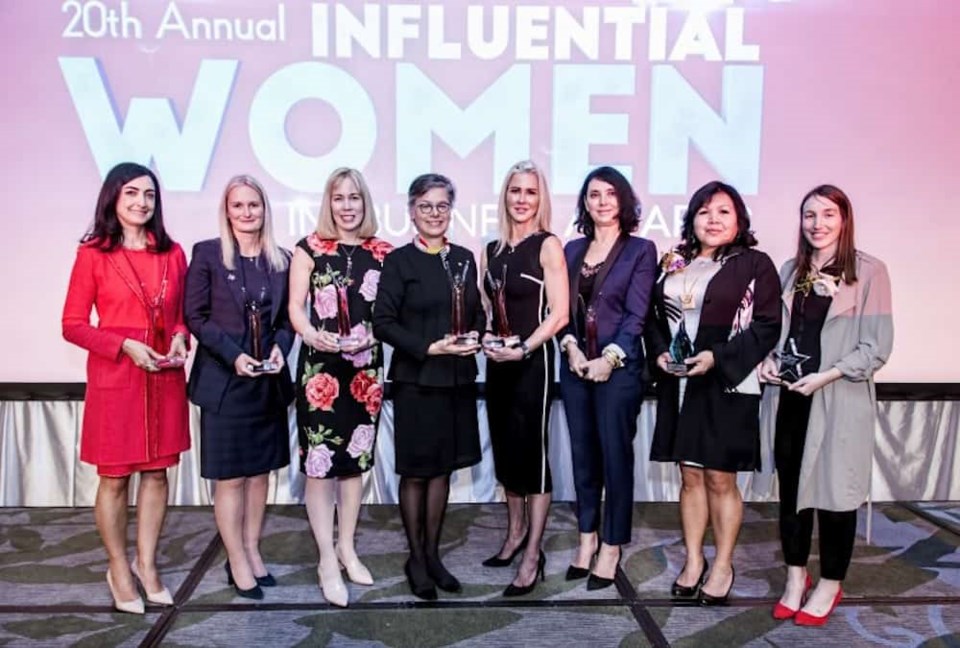 After celebrating its 20th anniversary last year, the Influential Women in Business Awards is once again recognizing outstanding businesswomen in private or public-sector companies throughout British Columbia.

Honourees have risen through the ranks to become senior executives or entrepreneurs. They have helped to influence and shape policy at some of Canada's largest companies.

Winners will be also be profiled in a February issue of Business in Vancouver.

As a prominent lawyer and community activist, Michelle Pockey dedicated herself to making a positive difference in the world. A winner of the Influential Women in Business Award in 2016, Michelle worked tirelessly for 20 years advancing women in business, law, First Nations and non-traditional sectors. She was an inspiration to others every day of her life until her passing from cancer in June 2016.

To help support Michelle’s legacy and advance other women along their leadership journeys, Business in Vancouver and Minerva BC, proudly supported by Vancity, have partnered to recognize this exceptional female leader through the creation of the Michelle Pockey Leadership Award. This award will give first priority to an Indigenous woman and single parents, and second priority to women pursuing law, justice, Indigenous or environmental studies. An award and donation cheque will be presented at the Influential Women in Business Awards in March 2020.

Dress for Success Vancouver will once again be collecting clothing and monetary donations during registration on the day of the event. Your donation will empower a woman with the confidence to enter or return to the workplace, make a great first impression and land a job that could change her life.

Find out more information about the event and register here.