British Columbia is poised to fully subsidize health care for international students at a potential cost of more than $100 million annually.
0
Oct 23, 2018 3:34 PM By: Graeme Wood

British Columbia is poised to fully subsidize health care for international students at a potential cost of more than $100 million annually.

B.C. will become one of just three provinces and territories in Canada to extend, free of charge, public health care insurance coverage to international students residing here for less than one year, once it fully eliminates Medical Services Plan (MSP) premiums on Jan. 1, 2020. 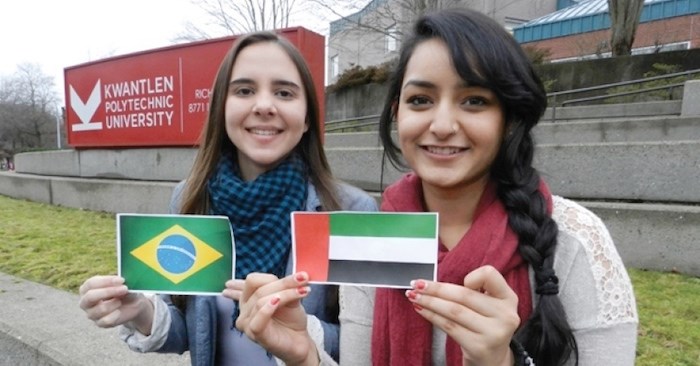 It’s a cost some say is worth it, to draw international students from a competitive global market. Meanwhile, others question the full subsidy, given Canada’s already competitive position.

Presently, international students in B.C. are legally required to pay MSP premiums under the Medicare Protection Act, if they are living and studying here for more than six months.

While the number of international students continues to grow, and B.C. aims to eliminate all premiums, “there are currently no plans to change the eligibility requirements for the MSP program as outlined by the Medicare Protection Act,” said Ministry of Health spokesperson Laura Heinze.

International students now pay $37.50 per month after the BC Liberal government announced in 2017 it was cutting the premium in half, in hopes of eliminating it.

“From my perspective, I think [British Columbians] would expect international students to pay for their costs,” said Bond.

A contentious Employer’s Health Tax (EHT) on medium-sized to large businesses will help offset the elimination of the personal and family premiums, according to the BC NDP.

Bond said the free pass to international students is an example of the poor rollout of the EHT.

Only two other jurisdictions – Saskatchewan and New Brunswick ­ unconditionally enrol international students in public health care. Meanwhile, Alberta, Nova Scotia, Newfoundland and Nunavut provide health care for students in or beyond their second year of studies. These six jurisdictions represent only 11.3 % of the study permits currently issued in Canada.

It was just last month that Manitoba eliminated health care eligibility for international students. Prior to the change, Manitoba extended coverage to stays of six months or longer, as is planned in B.C, where 23.7 % of all study permit holders are located.

The Ministry of Health has no records on how many international students are enrolled in MSP, said Heinze.

There are currently 142,390 international students with study permits in B.C.,

according to Immigration Refugees and Citizenship Canada (IRCC).

Study permits are not required by IRCC for any students studying in Canada for less than six months, which is the threshold for enrolling in MSP.

That said, not all of students with study permits may stay for six months. For example, in 2016 Global Affairs Canada reported 408,000 “long-term” international students (those staying over six months) were in Canada, but IRCC data showed 516,485 permit holders, meaning 21 % of study permit holders were not counted as long-term students.

The actual cost could be higher, given that many international students bring dependents, who are also eligible for MSP.

“I think it’s a reasonable assumption when international students come here, there needs to be recognition if they use those services they need to carry some of those costs,” said Bond.

Aran Armutlu, chairperson of the BC Federation of Students (BCFS), however, challenges this assumption.

Armutlu says international students should be afforded the same access to social services as domestic ones – after all they pay roughly four times more in tuition fees, to cover the cost of education. In the 2016-17 B.C. academic year, the average annual post-secondary undergraduate tuition fees for domestic students were $5,534 whereas international students paid $21,486, according to Statistics Canada.

“International students are part of our community and campuses. We expect them to be treated fairly just like domestic students and have access to all that they need,” he said.

But in B.C. much of that tax revenue is offset by health expenditures, which are not mentioned in the BCFS report or the Global Affairs analysis.

Should 112,482 international students – whose median age is 22, according to a 2015 BC Stats survey – be enrolled in MSP, they would cost the health care system by at least $220 million, based on 2015 data from the National Health Expenditure Database that pegs the province’s per capita annual health costs for the 20-24 age group at $1,956.

Such costs are not borne by Ontario taxpayers, who live in a province that has witnessed a meteoric 58 % rise in study permits since 2015, far outpacing B.C.’s growth of 20.6 % in that same period.

“If they’re coming here to obtain diplomas they’re charged [fees] and that’s reasonable. But why should Canadian taxpayers subsidize their health care?” he asked, suggesting B.C. should move to an Ontario model.

Purewal said there is not a full picture of the data on the true social and financial costs of international students. For instance, he said, much of the money from tuition fees goes toward operational costs for universities and not infrastructure or policy planning.

And high school students represent a significant portion of international students in B.C.

“I’m a resident of Surrey and we don’t have homes [classrooms] for our kids. There are 330 portables and we still have many international students. It’s amazing we don’t have room for Canadians,” he said.

University of Toronto professor of higher education Glen Jones said he views the overall cost-benefits of international students as positive for Canada given its multibillion-dollar price tag – so long as it balances the needs of domestic students.

Jones said political decisions to give the students health care may be based on a province’s desire to attract students. He noted when looking at taxes paid, B.C. still comes out ahead, even after subsidizing health care.

But could B.C. stand to charge international students premiums or do away with public insurance entirely and still remain competitive?

Though Ontario’s international student population grew despite that province’s requirement that they buy private insurance, Armutlu said Manitoba could lose some of its student base because of its recent decision. And if B.C. followed suit the same could occur here, he said.

Armutlu said international students are being squeezed with so many extra fees and taxes that enrolment could decline soon, as it did in Australia when that country raised its study-related costs and tuition in 2009.

“The idea things don’t seem so bad right now can be dangerous,” said Armutlu. “It comes down to the idea of looking at things holistically. It is that slippery slope to go down.

“You have to, again, recognize international students are paying three to five times more in tuition. They want to feel they’re getting value for what they’re spending in B.C.”

And, according to Conference Board of Canada senior researcher Kareem El-Assal, Canada still “offers one of the world’s most competitive packages to international students.”

Purewal also noted Canada’s tuition fees are, on average, less than those of the U.S. – and that country doesn’t have national public health care.

This, combined with the country’s high-quality education and access to immigration pathways, means Canada will continue to absorb “skyrocketing demand for international education” from the emerging markets of Asia, Africa and the Middle East, El-Assal told Canadian Immigrant magazine earlier this year.

Meanwhile, demand has been so high at Kwantlen that the school stopped applications last April due to capacity limits and raised its international tuition fees 15 % for this semester.