Squamish businesswoman and mom Candee Clark has gone public with her time in NXIVM, which is a U.S. multi-level, self-help and marketing company based near Albany, New York that had a centre in Vancouver for many years.
0
May 13, 2019 7:36 AM By: Jennifer Thuncher

As the saying goes, if you look in the dictionary under "new Squamish," Candee Clark's image could be there.

She is a young, creative hiking and (recently) biking mom with her own graphic design business. You may have seen her unique and funny illustrated greeting cards for sale at The Hive under her company name, Type Of Candee.

She also once joined — and later left — an alleged cult.

She has gone public with her time in NXIVM, which is a U.S. multi-level, self-help and marketing company based near Albany, New York that had a centre in Vancouver for many years. 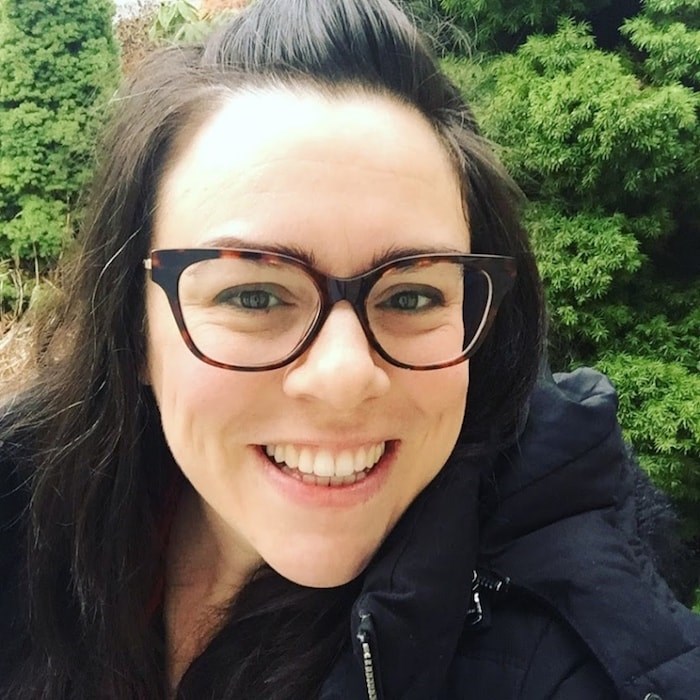 The organization's leader Keith Raniere is currently on trial in the U.S. facing — among other things — sex trafficking allegations. He pleaded not guilty. Five former female leaders of NXIVM have pleaded guilty to similar charges. A subgroup of the organization is accused of using a branding iron on its members, for example.

The Squamish Chief caught up with Clark for a chat about her life in Squamish, her journey through NXIVM and what it has all taught her.

Squamish Chief: When and why did you come to Squamish?

Candee Clark: I came from the west end of Vancouver to Squamish in 2016 when my daughter was about four months old. I was [suddenly] single and much of my family lives up here so I decided to move up to be closer to them. I am so happy that I moved. It just completely clicked with me. We really like it here.

You have been here for the boom in Squamish. What do you make of all the development and changes in the demographic since you arrived?

I enjoy it. As a mother of a young child, a lot of the people who are moving in are young families so it is much more the people I would hang out with and do things with. I totally understand the flip side where people want to keep the small town life and it is scary for them to see so many changes happen. I totally get that, but I don't experience it because I wasn't here before, so I just see fun things happening.

You have been very open and public about your time in NXIVM. You entered in 2011 and left in 2015. Why did you want to speak out about it?

I want to go public because it is really important for people to know how easy it is to get into something that they actually don't agree with and feel uncomfortable with.

I have had so many people ask me how I could have gotten into it — it is so slow and methodical. A lot of the time, people who go into self-help stuff, or even in romantic relationships, a are going in to get something that they don't have inside, so it is easy to allow someone else to say what is good for you.

It is so fortunate you didn't keep going to the point others did. Can you understand the women who got to the point of, say, being branded?

I noticed a lot of things in our classes that really did program you early on to accept that kind of thing. In our goals lab, for example, we would set goals and be in a little group and we would hold each other accountable. If you didn't do your goal, you would choose a punishment. It would be something innocuous like, "I am going to have a cold shower," or "I am not going to have dessert," or something like that. It would be something quite small, but breadcrumbs that lead you down a path. You get very used to this as being the way things are. It becomes normal. So, if you are willing to do that one, you may do another little step and another little step.

You accept the reasoning, not the branding or being a sex slave, but you have accepted the reasoning behind it.

That has parallels to abusive relationships — or even some well-accepted religions, no?

Yes — the giving over of control to someone else. If you are not critically thinking for yourself, asking, "is this okay for me?" then you are allowing someone else to say what is okay for you.

Some of those things can be good, but some are bad. If you are not deciding what is okay for you, then it is probably not a good idea.

You touch on an aspect that doesn't get talked about much with these stories: that there were things you and other members got out of the group that were positive and that is part of what keeps people in. What was positive about it?

[Leader Keith Raniere] borrowed from things that actually do work. Especially in the first year in NXIVM, you are going to see huge results because they are giving you what you want. They are getting you hooked.

The first five days for me was crazy. I busted through so many things that I didn't know I had going on.

I remember walking home one night and looking at the world as if I had never seen it before — it was bright and shiny and so full of life and I hadn't seen those aspects before.

We have a private Facebook group [of former NXIVM members] and most of the people are trying to understand what we take out of our brains and what we keep from what we learned there. Some of it was normal psychology stuff that works.

Everything was bad, but looking into your issues is a good thing. It is really, really confusing because all of the good things are tied to bad things. It is really hard to pry it all apart.

People think they would never fall for something like this because they believe it would be very obviously bad. That is the thing, it is not like that. It was not very different than any other group, at the beginning.

How are former members of the group feeling about those who have been speaking out about their time in NXIVM?

I think everyone has been really supportive. Most people are hesitant to talk about it themselves. There have been people who have shared with their family and friends and then gotten a lot of negative response and so it scares people. Things like this do affect people personally and professionally. I am not worried about that. This is me. Take it or leave it.

What else would you like people to know about what you have learned?

There's been a few things that have happened, sort of all in a row that were really tough and shook me to my core and that shaking was actually super beneficial for me. I got back on my feet and said, "What do I want? Who am I?"

As a new mom, there is a lot of change that happens and I was able to really dig in there and think about who I am and create a firm foundation for myself. Through that now, I am confident I am not going to be in that situation again because I know who I am.

That is quite a gift to be able to give your three-year-old daughter. Thinking about raising her, is there something that draws on all the lessons you've learned that you will want to impart on her?

I am trying to get her to think for herself and teach her that she is in charge of how she feels.

She is in charge of herself, her emotions and her decisions — within reason, of course.

It is important for everyone to know — especially women — everything you feel is totally valid. You are responsible for yourself. That is a blessing. You get to choose if you like someone or not or if you like an activity.