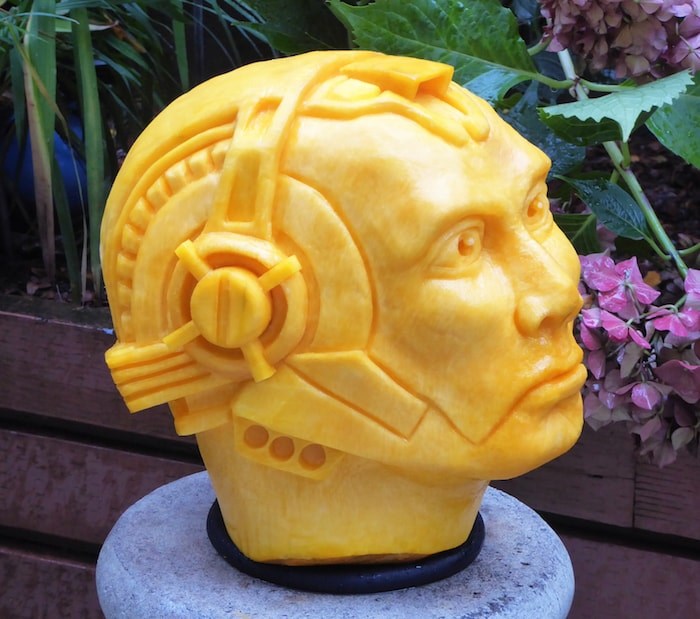 Last week East Vancouver artist Clive Cooper decided he wanted to carve a cyborg out of a pumpkin.

It’s not unusual for an idea like this to pop into the self-taught fruit and vegetable sculptor’s mind. Like all of Cooper’s three-dimensional carvings – the result was extraordinary and detailed.

He takes carving a little further than the average jack-o-lantern you’d usually see at somebody’s front doorstep on Halloween, bringing the pumpkins to life in a unique way.

“That’s one of the most enjoyable parts about carving, getting a thrill from trying to see what kind of crazy stuff I can come up with and then seeing the reaction I get from people,” the 61-year-old told Vancouver Is Awesome.

“It’s just wonderful to see people get a kick out of a simple carved fruit of vegetable.

“People are so interested in how I create it.” 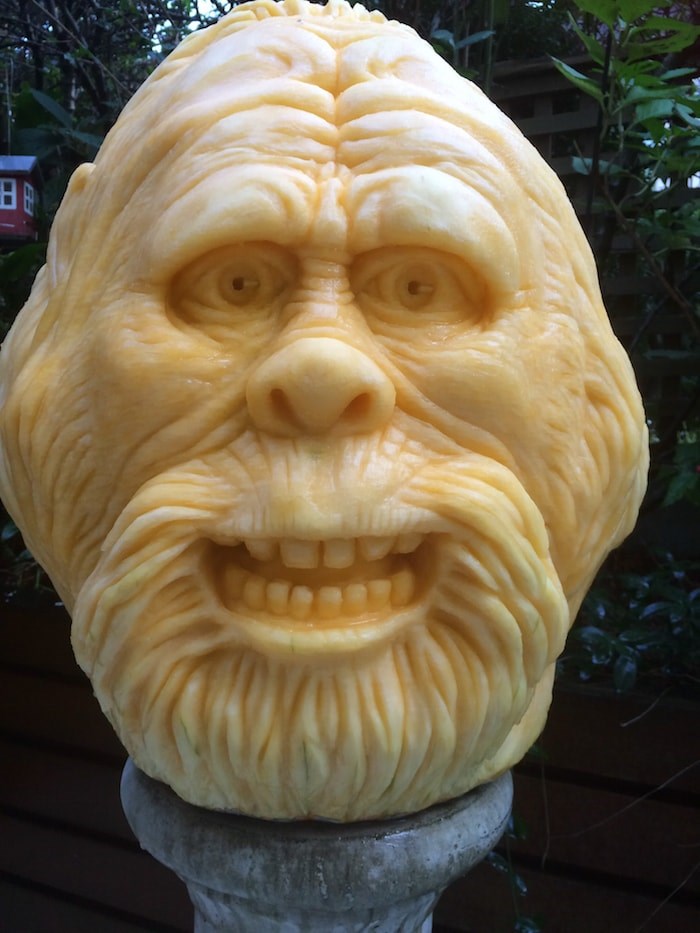 Harry and the Hendersons. Photo by Clive Cooper

A man of many artsy hobbies, Cooper said his talent for carving simply grew out of curiosity.

He calls it his “part-time passion.”

“I’m completely self-taught and it grew out of interest mainly,” Cooper said humbly. “I’m a bit of a perfectionist, so I like to top myself every time.”

From scary faces to cute animals (and everything in-between) there’s isn’t much Cooper hasn’t carved.

It was back in 1996 when Cooper was tasked with carving his first pumpkin for his department.

“I didn’t want to put in a boring old pumpkin...so I tried to come up with something more inventive,” Cooper said.

“Although it was pretty crude and a jack-o-lantern style, I won the contest.” 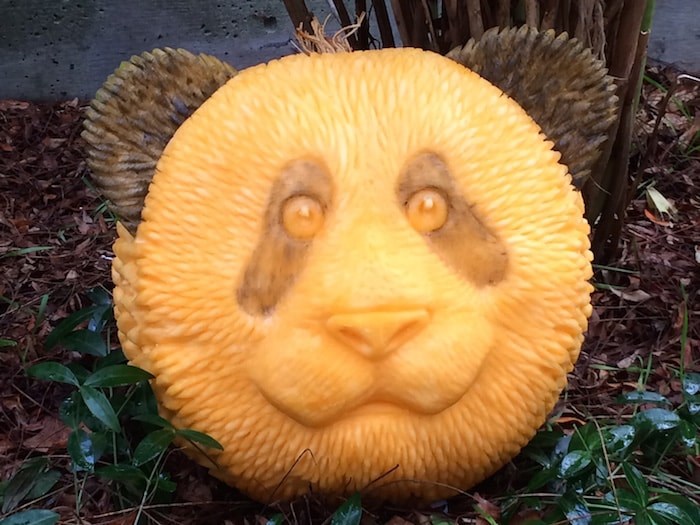 And he continued to win year after year, until his co-workers became a little fed-up with the same-old routine. He laughed as he recalled his co-workers bringing in a carving master to give him a little more competition.

“People got tired of me winning all the time,” he chuckled.

“Someone at work knew somebody, who knew somebody that was a professional sand sculptor and he also did pumpkins,” Cooper said. “So, they asked him (Bruce Waugh) to carve a pumpkin for that department to stop me from winning.”

At the time, Cooper had only been carving jack-o-lanterns once a year for the contest, but Bruce Waugh was sculpting on a whole new level.

“What he did was he skinned the pumpkin. When [the competing department] brought [the pumpkin] in I said, ‘oh, I’ve never actually seen someone skin a pumpkin and carve into it like that,’” Cooper said. 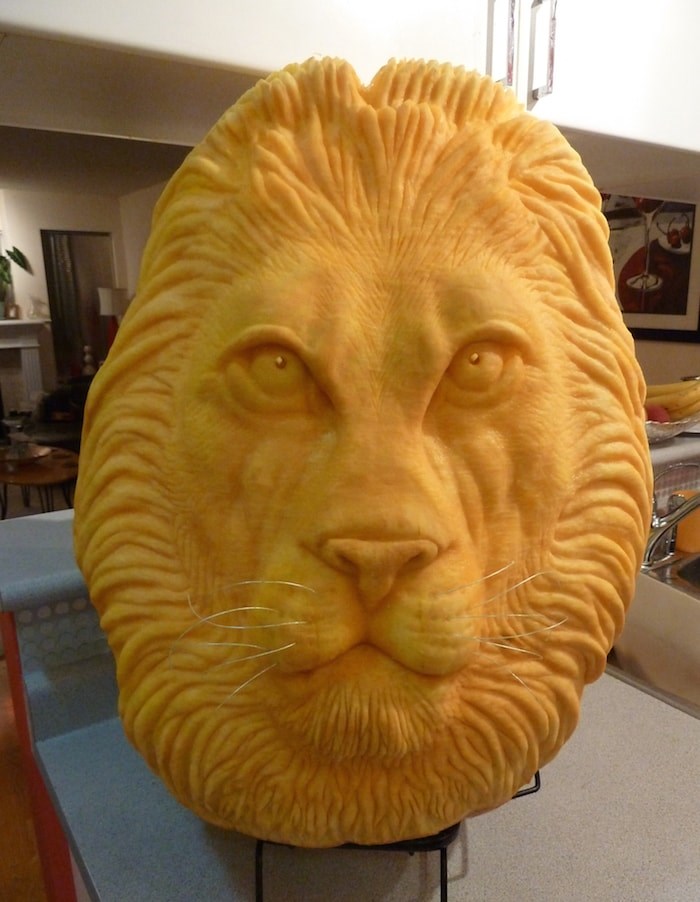 “Then ‘bing’ the light bulb went off and that’s what started off my real interest and my passion for pumpkin carving.”

After the contest Cooper contacted Waugh to learn more about three-dimensional carving. That was over eight years ago now. The two artists later became friends and have worked together on a number of local projects.

Over the years, Cooper’s remarkable sculptures have garnered world-wide attention – he’s been hired to carve pumpkins and water melons for movie promotions, TV advertisements and locally for the VanDusen Botanical Garden’s annual Glow in the Garden event.

Some of his well-known creations include a “Hollowgast” watermelon carving for Fox Entertainment, promoting the Tim Burton film Miss Peregrine’s Home for Peculiar Children (which was awesome), a crocodile watermelon for ‘Ripley’s Believe It or Not’, and pandas for a Telus advertisement. Another proud moment was competing on the U.S. reality TV show Halloween Wars. 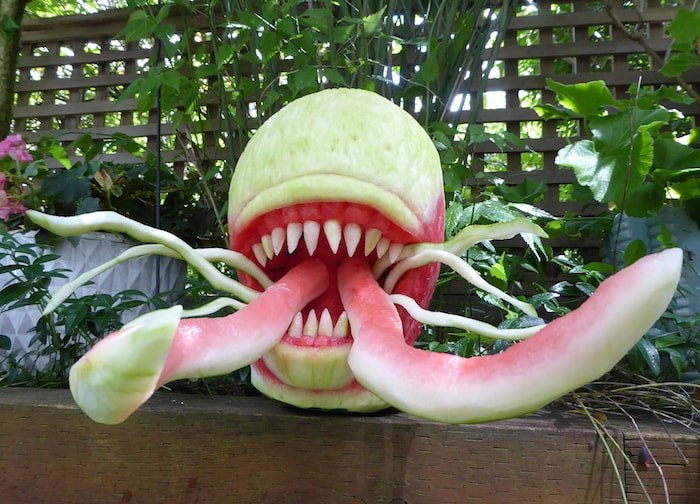 While he’s got a long list of achievements under his belt, he isn’t done learning or experimenting in the field just yet.

“I’ve never taken any formal art classes, so I’d really like to learn more about sculpting and do a class to see if I can get my sill level even higher.”

He said it was never too late to learn a new skill and hoped his work would inspire others to grab a pumpkin and get carving this Halloween.

“People should not be afraid to carve, even if they say they can’t draw, because it doesn’t have the same skill set as drawing,” Cooper explained.

“Even if you’re not artistic. Just get in there, take the skin off and scrape or carve away.”

Looking to the future Cooper said he would most likely move on to working with more permanent mediums. 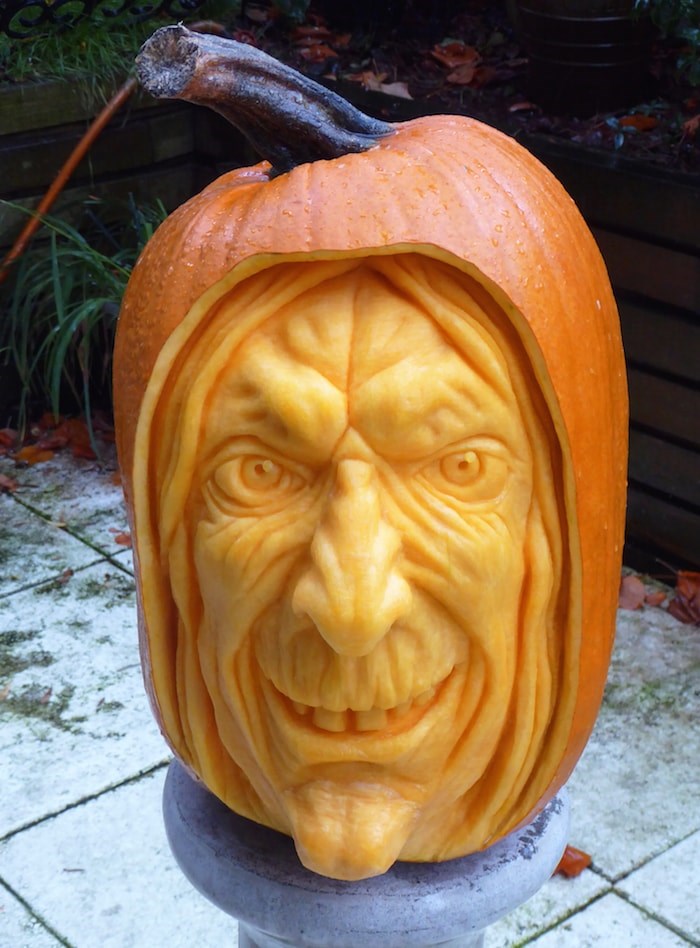 “I say to my friends ‘as soon as I get bored with doing fruit and vegetable carving, I’ll move on to another medium.’

“I haven’t seemed to get bored of it yet.”

Find some tips for 3D pumpkin carving from masters Cooper and Waugh here. 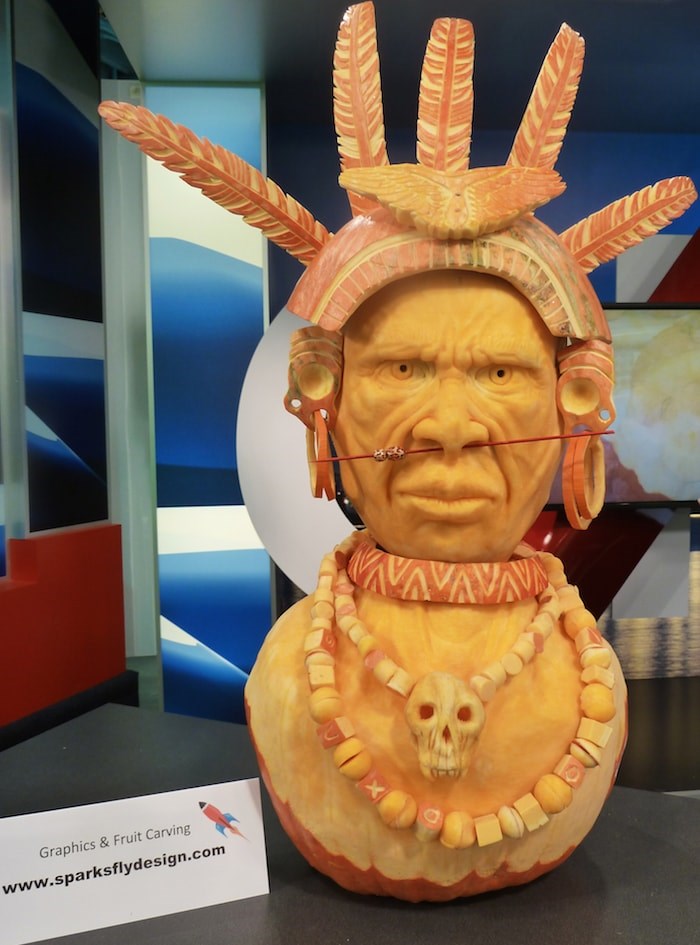