The Rio Theatre is celebrating their successful #SavetheRio campaign by offering free screenings of the cult classic The Big Lebowski.
0
Sep 7, 2018 1:06 PM By: Lindsay William-Ross

Mix yourself a White Russian, throw on your favourite bathrobe, and lace up your lucky bowling shoes: The Rio Theatre is celebrating their successful #SavetheRio campaign by offering free screenings of the cult classic The Big Lebowski. 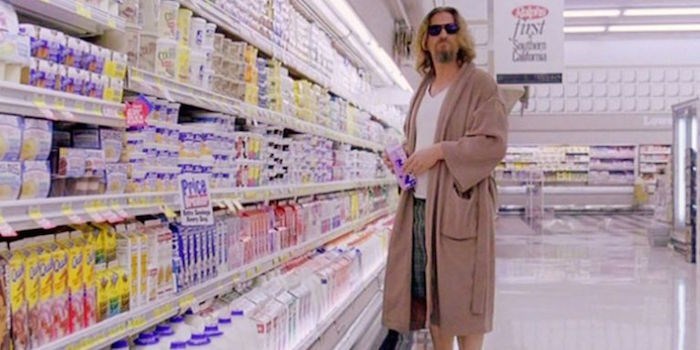 You can be a dude that abides by showing up on Monday, September 17 for either the 6:15 or 9:30 pm screening for this first-come first-served event.

The Rio says they're offering the freebie as a way to say "thank you" to the "People of Vancouver" for backing them during their six-month long funding campaign to take over ownership of the historic venue, which was poised for potential sale and redevelopment.

In case you've made it this far in life without seeing this beloved 1998 Coen brothers gem, here's the synopsis from The Rio:

A quirky, quasi-neo-noir story, truly glorious visual sequences, some hilarious dialogue and standout performances from an A-list cast really tie the whole thing together, man. Jeff Bridges abides as unemployed stoner Jeff Lebowski (aka, “The Dude”), a laid-back, easygoing burnout who just happens to have the same name as a millionaire whose wife Bunny owes a lot of dangerous people (nihilists?) a whole bunch of money. When some bad guys break into The Dude’s house and pee on his rug, he seeks out the other Lebowski, which sends him spiraling into a weird trip through Los Angeles’ even weirder underworld.

You can RSVP online for a ticket that saves you a seat IF you get your butt in line at least 30 mins ahead of showtime, so plan accordingly. 19+ only.