Once Upon a Time actor Gabe Khouth has been identified as the victim of a fatal motorcycle crash in Port Moody Tuesday afternoon.
Gary Mckenna Jul 26, 2019 10:57 AM

Once Upon a Time actor Gabe Khouth has been identified as the victim of a fatal motorcycle crash in Port Moody Tuesday afternoon.

In a video message, Khouth’s brother Sam Vincent confirmed the death and encouraged fans of the 46-year-old actor to leave flowers and messages at the southwest corner of Queens and St. Johns streets. 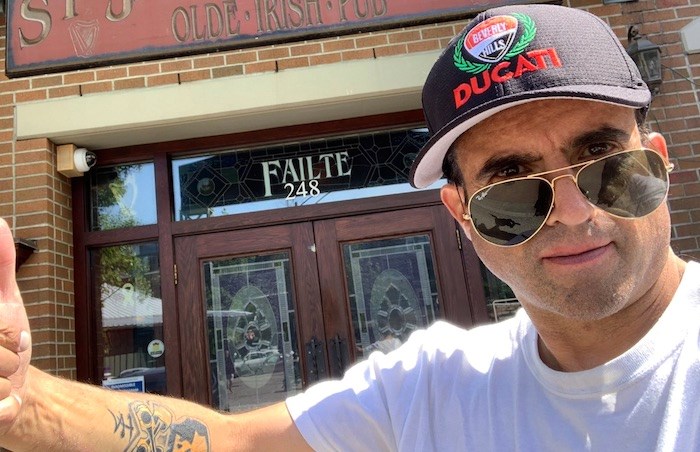 ❤️ I’m totally saddened by the loss of our good friend Gabe @gabekhouth You will forever be in our hearts and memories. Thanks for all the belly laughs. Love ya buddy❤️ Feel free to visit/leave flowers/write notes at https://t.co/abaGLcm23s pic.twitter.com/BpmvZvmbGi

Messages and condolences poured in on Twitter and other social media platforms.

"You will forever be in our hearts and memories," said co-star Jason Burkart. "Thanks for all the belly laughs."

Emilie de Ravin, who played the role of Belle on the show, remembered Khouth on Instagram as someone who was "...always so genuine and always could make me smile."

Several media reports said Khouth, who played Sneezy on the television series, suffered a heart attack while riding his bike.

According to IMDb, the actor was born in North Vancouver and starred in several major motion pictures, including 1990's It and 2014's Big Eyes.

The Port Moody Police Department is looking for any witnesses who may have observed or has dash cam footage of a motorcycle collision that occurred on St. Johns Street Tuesday afternoon.

The incident occurred at around 1:35 p.m. at the Queens Street intersection and the rider was immediately transported to hospital with serious, life-threatening injuries.

Police shut down all eastbound traffic on St. Johns for several hours while they conducted their investigation.

"At this time it is too early to determine the cause of the collision," PMPD said in a press release.