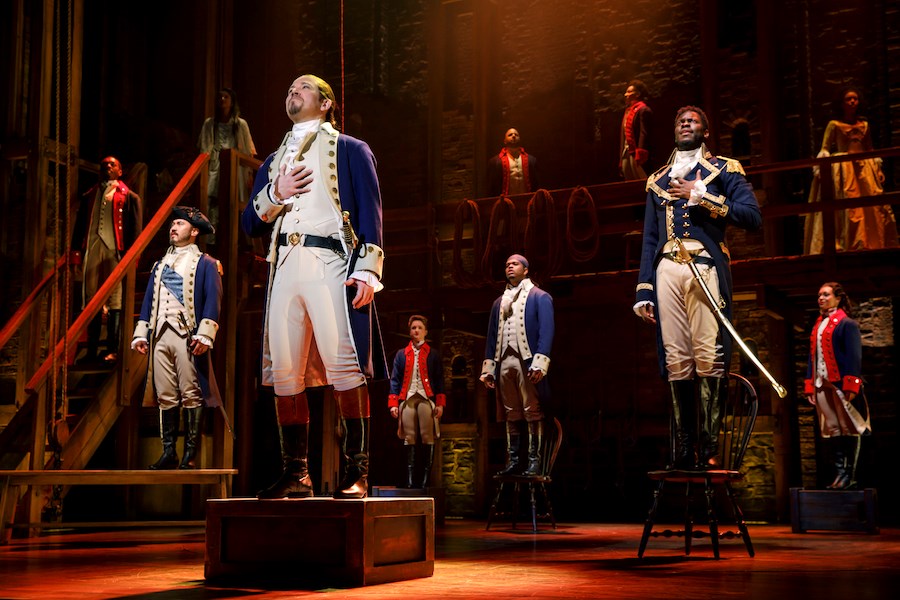 Vancouver will finally get the chance to experience the Broadway mega-hit Hamilton when Broadway Across Canada rounds out their 2020-2021 season with a run of the pop culture phenom show.

Hamilton will be running June 22 through July 25, 2021 at the Queen Elizabeth Theatre. Based on the 2004 biography Alexander Hamilton by historian Ron Chernow, Hamilton debuted on Broadway in 2015. Its innovative approach to history and musical theatre - with a now-iconic story, score, and lyrics all by Lin-Manuel Miranda, who starred in the production - swiftly captured the attention and imagination of many.

"Featuring a score that blends hip-hop, jazz, R&B and Broadway, Hamilton has taken the story of American founding father Alexander Hamilton and created a revolutionary moment intheatre—a musical that has had a profound impact on culture, politics, and education," elaborates Broadway Across Canada.

However, there are several other noteworthy shows that theatre and musical fans will get to see before Hamilton arrives in the summer of 2021.

Broadway Across Canada's 2020-2021 season will begin with the Tony Award-winning Chicago this fall. Next is a 50th anniversary production of Andrew Lloyd Webber's Jesus Christ Superstar, followed by Anastasia, an adventure-filled new musical based on the books and films about a young woman who sets out to discover the mystery of her past.

As a season subscriber option, Come From Away will run in March 2021. It's the award-winning musical based on the true story of 7,000 stranded passengers and the small town in Newfoundland that welcomed them right after 9/11.

And, of course, there's Hamilton.

All of the shows run at the Queen Elizabeth Theatre.

"It’s a true privilege to share in the Broadway experience with our loyal patrons year after year at the Queen Elizabeth Theatre, our home in Vancouver," said Shana Levin, Vice President, Broadway Across Canada, in a media release.

One of Vancouver’s largest rehearsal spaces shuts down unexpectedly
Oct 31, 2019 7:16 AM

How an indie film about two Indigenous women in East Vancouver found success in the U.S.
Dec 18, 2019 7:23 AM
Comments
We welcome your feedback and encourage you to share your thoughts on this story. We ask that you be respectful of others and their points of view, refrain from personal attacks and stay on topic. To learn about our commenting policies and how we moderate, please read our Community Guidelines.