Nathan is a perfect example of how one bad decision can have a major effect on our lives and without resources and support we can be trapped in a state that is difficult to get out of.
0
Nov 14, 2018 11:13 AM By: Rachel Way

Nathan: With an open mind and an open heart 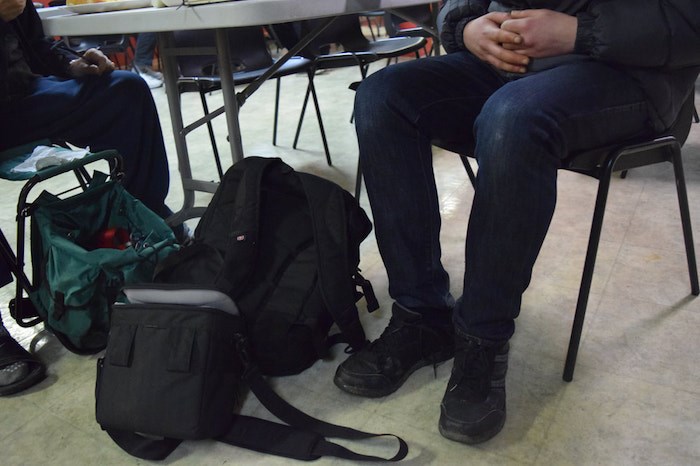 While I was visiting the Holy Trinity Soup Kitchen in New Westminster I began to talk with Nathan, a young regular whose story intrigued me. I soon realized that Nathan was just four years older than I was and was living on the streets.

Nathan is a perfect example of how one bad decision can have a major effect on our lives and without resources and support we can be trapped in a state that is difficult to get out of.

​Nathan shared with me that he was 21 years old, and while most people his age would be going to school, getting a job, or out having fun with their friends, Nathan was searching to find food and fighting to stay warm. He explained to me that when he was 18 he got into trouble with the law and his mom kicked him out of the house and her life. With no money, no ID, no education, and a criminal record for one bad decision, Nathan was stuck.

​Nathan shared with me that he is now a lone wolf, fighting the cold and struggling to find a safe place to sleep. During the winter time shelters tend to be full, which make it very uncomfortable to be homeless. Nathan explained to me that constantly fighting the cold, the loneliness and searching for a safe place to stay often make it hard to be a nice, loyal person. But yet, he still persists and tries his best to brave each day. When I asked Nathan if he had plans on getting a job he explained that he found it hard to find a place that would hire him. After going to the trouble to get his ID and birth certificate replaced it was stolen.

​Since then, Nathan explained, he hasn't put his mind to it much. When I offered my assistance in helping him find one, he politely declined.

​Now, I would be lying if I said I wasn't frustrated at all by this situation; here we have someone who is homeless and is given the chance to possibly beat their homelessness, but declines. It confused me a bit and left me frustrated but after checking in with myself and thinking about it, I realized I was totally missing the beat.

When helping others we always do so with good intentions, we genuinely want the best for the people we are serving. But often deep down whether we may realize it or not, there is a bit of silent judgment. You can be frustrated that time after time people walk through the doors of the soup kitchen, even though there have been opportunities for them to break that cycle. But what I've learned is that what we see and what we hear are just the tip of the iceberg for so much more that is going on in someone's life. Perhaps that person's trust has been repeatedly broken, and you are just another face offering a broken promise to them. Or maybe they are mentally ill and believe that they can't consistently get themselves to work.

The way we view ourselves plays such a huge role in our day to day lives, our relationships, and our careers, and people living in poverty are not exempt from that. If there is one thing that I have learned is to love unconditionally, to accept and forgive and understand that people will relapse, people will not succeed, and so often that is far beyond their control.

At the end of the day, I spoke with Nathan for 20 minutes, and I only know the surface of what he chose to tell me. Although I came from a good place, I can't judge because I don't know the battle he has fought. When caring for and developing relationships or even just interacting with people who are vulnerable it is so important to do so with an open mind and an open heart.