Preserving heritage, creating affordable housing, allowing multi-family dwellings: Are we more YES or NO in Vancouver?
Jun 20, 2019 7:07 AM By: Mario Canseco

Many British Columbians and Vancouverites continue to identify “housing, homelessness and poverty” as the most important issues facing the province. A federal election will take place in four months, and contenders from all parties will discuss the state of affairs in the province’s largest city in an attempt to gain political traction, particularly among young and middle-aged voters.

During the last municipal campaign, the theme of “supply and demand” emerged as an important component of housing policy positions for mayoral and council candidates in the city of Vancouver. Some observers pointed to long-standing guidelines that prevented more construction from taking place in specific neighbourhoods. Others issued calls for the preservation of heritage buildings and the look and feel of streets. There were also discussions on how to assist the many people in the city who were unable to access housing of any kind. 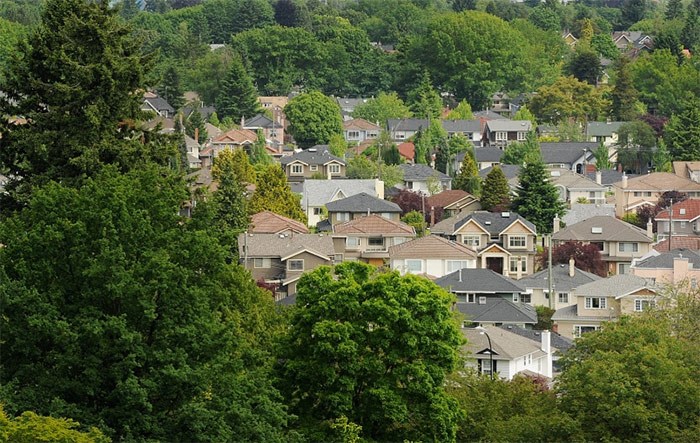 A survey conducted in April by Research Co. revealed that most Vancouverites remain both confident that a delicate balance can be achieved to deal with all three concerns, and hopeful that more construction in specific areas can indeed make the city more affordable.

Almost three in four residents (74%) believe the City of Vancouver should continue its practice of preserving heritage buildings even if it prevents the construction of new rental housing. The same proportion (74%) is in favour of building more temporary modular housing for the homeless.

While the level of support for these two policies that do not necessarily oppose each other is high, there are some nuances. The preservation of heritage buildings is particularly important for Vancouverites aged 55 and over, while modular housing for the homeless is paramount for residents aged 35 to 54.

When asked if the City of Vancouver should allow the construction of duplexes, fourplexes, townhouses, and three- or four-storey apartments in neighbourhoods where now only single-family homes are permitted, seven in 10 residents (71%) voiced agreement, while 22% were unhappy with the prospect.

While the city’s youngest adults have long been cited as the group that is struggling the most with Vancouver’s housing challenges, it is generation X that is leading the way in embracing a change in policy. Among Vancouverites aged 35 to 54, agreement with opening up single-family home neighbourhoods reaches 74%, compared to 71% for those aged 18 to 34 and 58% for those aged 55 and over.

Even though seven in 10 Vancouverites want to move away from single-family home zoning, not all buildings are equal in the eyes of local residents. Respondents to the survey were provided with 11 different examples and asked what types of dwelling they would not like to see in their immediate neighbourhood.

Almost three in 10 Vancouverites (28%) can be described as defacto YIMBYs, ready to say “yes in my back yard” to any type of construction close to their current homes. For the rest, resistance is directly related to the size of the proposed building.

Fewer than 10% of Vancouverites are against new townhouses, fourplexes, duplexes and single-family homes in their immediate neighbourhood. Temporary modular housing is a more contentious issue, with 31% of Vancouverites saying they would not like to see it close to their current home—a proportion that rises to 41% among residents aged 55 and over.

When asked to visualize a citywide planning process, more than three in five Vancouverites (63%) favoured a proposal for future growth that allows more people to afford to live in all parts of the city.

In comparison, only 9% of residents would focus primarily on protecting neighbourhoods from changing in the future. The same proportion (9%) are defacto NIMBYs, asking to redevelop “some parts of the city” but keep their neighbourhoods “the same.”

At this stage, Vancouverites feel that actions can be taken to enable affordability, help those without housing and keep the character of neighbourhoods. But in the context of a citywide plan, growth and affordability take precedence over keeping neighbourhoods as they are.

Results are based on an online study conducted from April 8 to April 20, 2019, among 606 adults in the city of Vancouver. The data has been statistically weighted according to Canadian census figures for age, gender and region in the city of Vancouver. The margin of error, which measures sample variability, is plus or minus four percentage points, 19 times out of 20.