Each week we’ll uncover some unusual and (hopefully) interesting facts about the city. This week we take on Vancouver's iconic Hudson's Bay Building. Hudson’s Bay Vancouver, 1926.
0
May 8, 2018 4:34 PM By: Adam Nanji

Each week we’ll uncover some unusual and (hopefully) interesting facts about the city. This week we take on Vancouver's iconic Hudson's Bay Building. 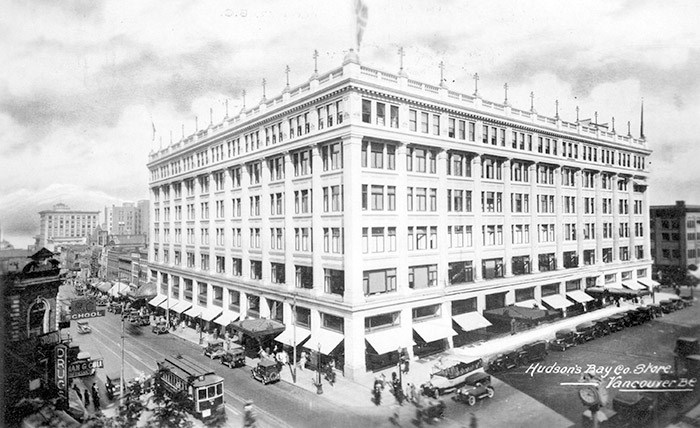 Technically, The Bay's first Vancouver location was on Water Street

Vancouver's first Hudson's Bay property was located at 321 Water St. Built in 1894, the space was primarily used as a warehouse to store the company's stock of liquor and fur pelts. Originally a three storey building, The Bay expanded, adding an additional two floors by 1903. 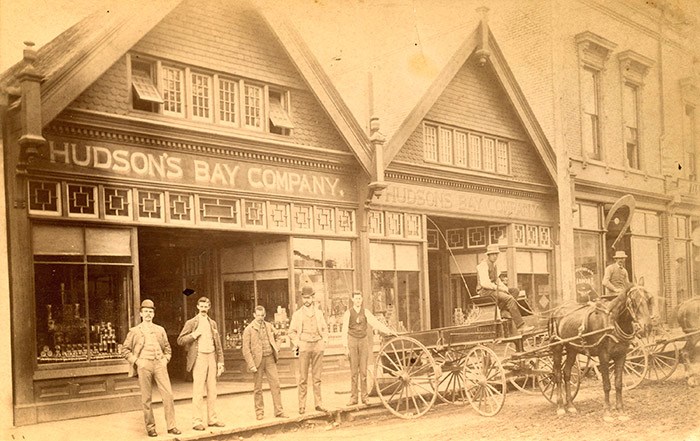 Within a decade, The Bay outgrew their first Vancouver home and opened a retail shop on Cordova Street in 1887. Evolving from the trading posts of the early 19th century, Hudson's Bay Company opened their first-ever sales shop inside Fort Langley in 1857. 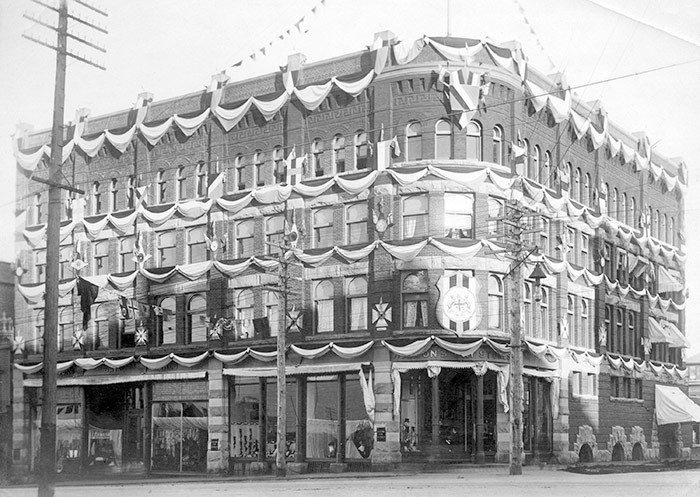 The Bay moved from Cordova to Granville and West Georgia to a much larger red brick building in 1893. Once again, the company decided to expand and in 1925, The Bay demolished the remnants of the original building, making way for more space and a unified facade. By 1949, it was the second largest building in the city.

It's got that signature Hudson's Bay look 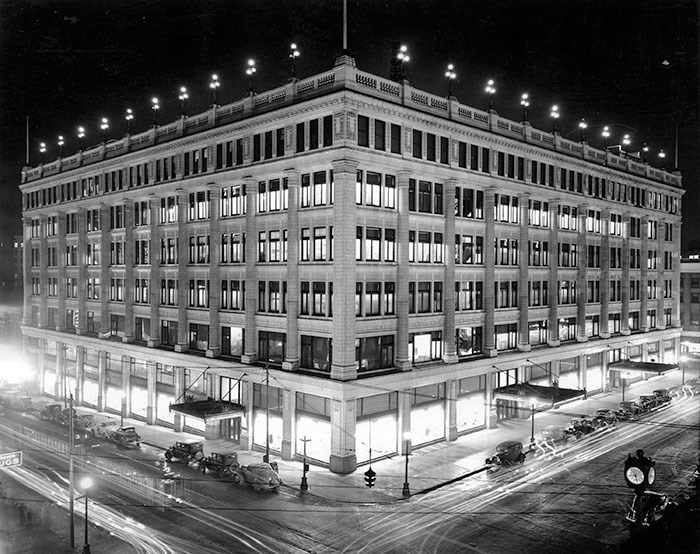 The Corinthian columns and white terra cotta facade we're familiar with today were part of the company's efforts to establish a unified look amongst all of its Western Canadian department store locations. As a result, all of the Bay's original department stars share similar exterior architecture.

The first of the grand "original six" department stores was built in Calgary in 1913. Hudson's Bay then opened locations in Edmonton, Vancouver, Victoria, Saskatoon, and Winnipeg. Until 1960, all "Hudson's Bay Company" stores were located in Western Canada and the Canadian Arctic.