The Canadian Design Resource launched a feature today on what they saw as the top 10 Canadian designs of the past year.

The Canadian Design Resource launched a feature today on what they saw as the top 10 Canadian designs of the past year. Tenth on this list was Ken Lum's penny from the PENNY SMASH project that Vancouver Is Awesome co-produced earlier this year! What an honour. Have a look HERE to see what the other 9 great Canadian designs are. 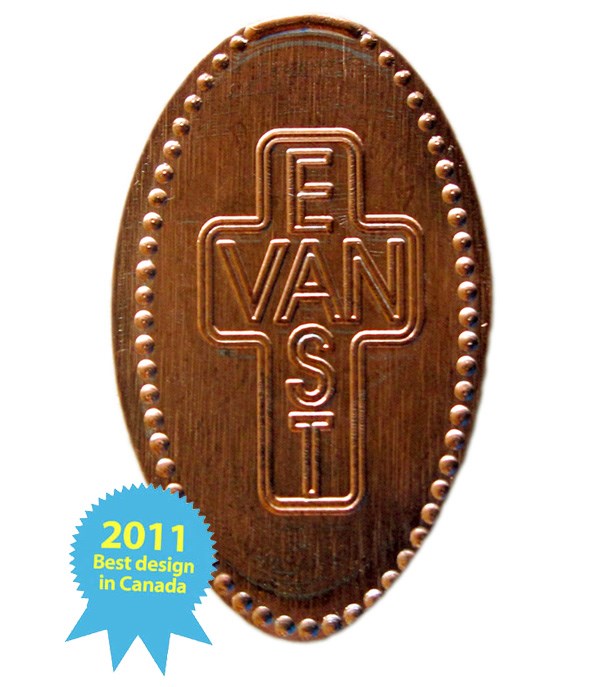 I feel pretty damned proud about this as one of my roles as a producer was that I personally got Ken on board and had a lot to do with this particular piece being included. I championed it from the very beginning and after months of planning I was so happy to turn the crank on the machine and press the very first Monument for East Vancouver penny ever made. 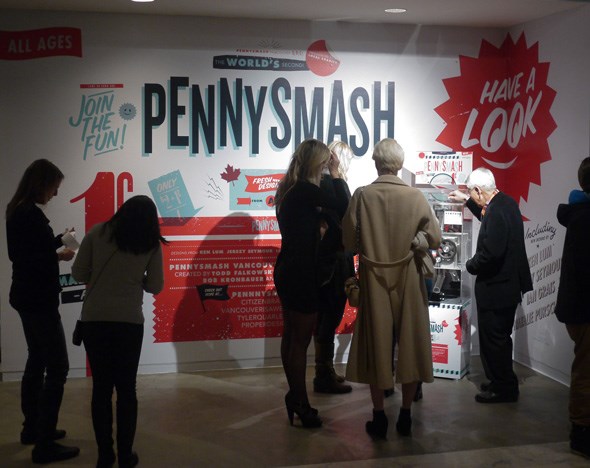 If this is the first you've heard of it, the idea behind PENNY SMASH is simple: affordable artwork pressed onto pennies with 100% of the proceeds going directly back into the community. You go up to the machine, put in one toonie and one penny, choose the design you'd like and then you crank the wheel and press that penny of yours. 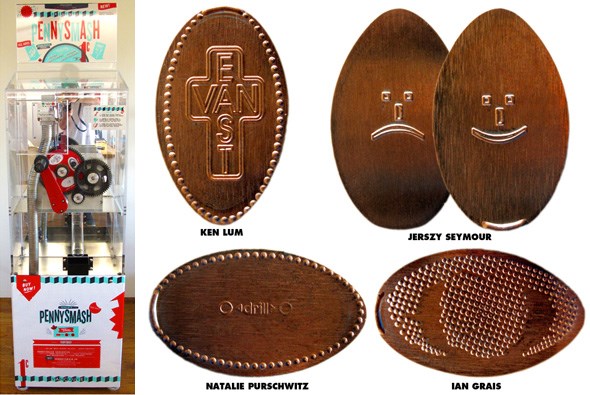