The Keithmas "fundrager" returns to give the holidays an irreverent rock n' roll twist, all in the name of the legend himself: Keith Richards.
Nov 17, 2017 10:33 AM By: Lindsay William-Ross

Now in its eighth year, the Keithmas "fundrager" returns to give the holidays--and the spirit of giving--an irreverent rock n' roll twist, all in the name of the legend himself: Keith Richards.

Presented by Hidden Charms and the Rickshaw, Keithmas VIII will take place on December 16, and marks the birth of the rock god, who turns 74 on December 18.

Organizers say Keithmas started "as a dumb idea for a party," but has since scaled up to epic heights, raising over $40,000 and counting for the Vancouver Food bank. 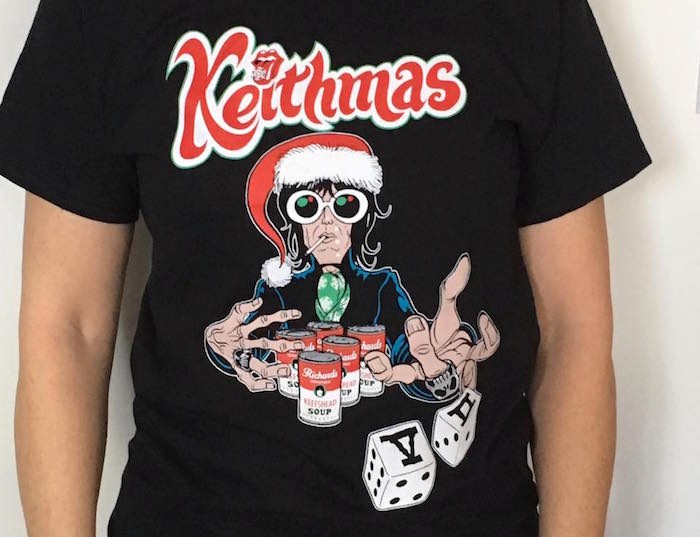 This event is all about hard drinking and hard rocking, and will include everything from live performances by several bands, lots of Jack Daniels, and maybe even a Rolling Stones "lips" piñata--maybe!

100 per cent of the proceeds for Keithmas go to the Vancouver Food Bank.

Tickets tend to sell out ahead for this rocking good time, so plan accordingly. Please note this is a 19+ event.