Although B.C. Health Minister Adrian Dix has refused to make the MMR vaccine mandatory, he did institute the measles immunization catch-up program starting on April 1.
Chris Campbell May 9, 2019 2:33 PM

With all the depressing news about the 29 measles cases reported so far this year in B.C., perhaps this is a sign of hope.

Although Health Minister Adrian Dix has refused to make the MMR vaccine mandatory, he did institute the measles immunization catch-up program starting on April 1. 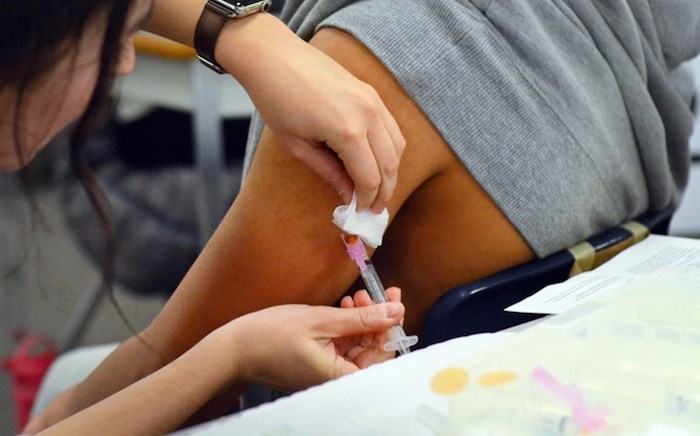 A Byrne Creek Community School student is injected with the measles vaccine. Photo by Cornelia Naylor

Since then, according to the province, “more than 551,000 letters were sent to families with school-aged children, 129 in-school clinics were held, 1,343 clinics were held in the community and 3,807 doses of measles-containing vaccines were administered by health authorities to K-12 students - a 106% increase compared to last April.”

That is good news to hear, but the province is still battling a concerted effort by anti-vaxxers to distort the truth about vaccinations. It’s garbage fear-mongering that has to stop.

To combat this, health authorities' efforts have “focused on reviewing all students' immunization records, and informing families and schools. This preparation was necessary to effectively plan the immunization clinics, which focus on students who are under-immunized or unimmunized for measles,” said a news release.

As of May 6, confirmed cases of measles have been reported in 2019 among B.C. residents. These include:

Since the start of January 2019, more than 13,515 doses of measles-containing vaccines were provided to school-aged children.