Three of the Interior's longest-running festivals will not be proceeding
Apr 21, 2020 2:10 PM By: Castanet 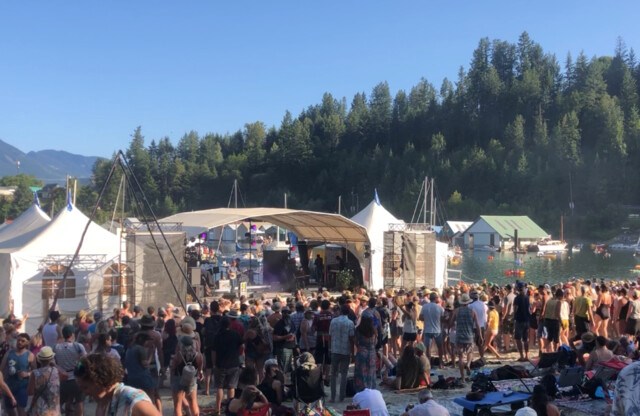 Following Provincial Health Officer Dr. Bonnie Henry's comments this weekend, three of the Interior's longest-running festivals will not be proceeding.

Kaslo Jazz Etc. Fest has been hosting musicians on the Kaslo Bay floating stage since 1992, and despite “not anticipating a disruption” back in March, organizers announced Tuesday morning they will not be hosting the festival this year, which was set to run from July 31 to Aug. 2.

“We will miss gathering with you all and celebrating our love for live music in Kaslo Bay Park this summer, but we are confident that this decision is necessary and will bring us a healthier future,” the festival posted to social media.

Dating back to the inaugural event in 1998, Shambhala Music Festival has hosted hundreds of the world's top electronic music artists at its home at the Salmo River Ranch. While organizers announced last week they were still hoping to be hold the event from July 24-27, this has since become impossible under the current restrictions posed by COVID-19.

“We are truly sorry for any inconvenience our postponement may have caused, and we give our full support and recognition to Dr. Bonnie Henry and her colleagues for the difficult decision they had to make,” organizers wrote on social media.

Kaslo organizers, meanwhile, said an email would be sent to ticket holders to explain how tickets will be handled, but they asked for patience “as we deal with this unprecedented situation.”

Salmon Arm Roots & Blues Festival, which dates back to 1992, was scheduled to run Aug. 15-18 this year, but was officially cancelled Monday. Ticket holders can get a full refund, or choose to donate all or part of their ticket price to ensure the festival is able to run in future years.