My Little Pony: Friendship is Magic is a cartoon, but it’s not just a cartoon. It’s a cultural force, a curiosity, the subject of multiple documentaries and it's changed Vancouver forever.
Vancouver Courier Apr 24, 2019 12:15 PM

My Little Pony: Friendship is Magic is a cartoon, but it’s not just a cartoon. It’s a cultural force, a curiosity, the subject of multiple documentaries and — if disgraced White House spokesman Sean Spicer is to be believed — one of the inspirations for Melania Trump’s controversial speech at the 2016 Republican National Convention. 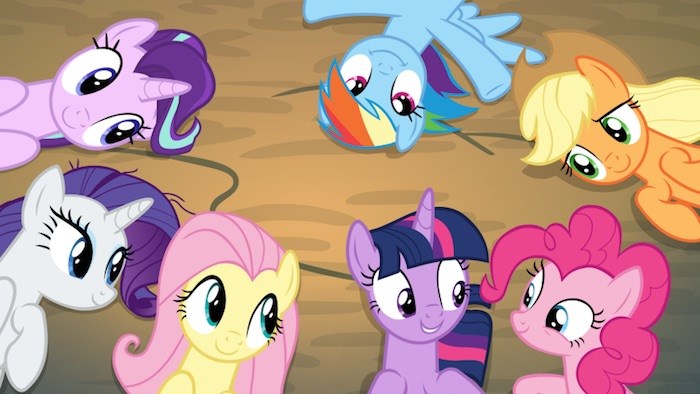 My Little Pony: Friendship is Magic is coming to an end

This ain’t your Gen X mama’s My Little Pony, either. OG My Little Pony was very much for little girls, but the millennial Pony has actively courted a fandom that crosses age and gender lines and includes the Bronies — adult male fans who’ve found magical friendships of their own in the community that’s sprung up around archetypal characters such as  Twilight Sparkle and Rainbow Dash.

After nine seasons and a feature film, My Little Pony: Friendship is Magic is nearing its stunning conclusion. Its 200th episode aired this past weekend. Only a handful of new episodes remain and, once they air, My Little Pony: Friendship is Magic will join Game of Thrones, Star Wars, and Marvel’s Avengers in the pantheon of cultural juggernauts with distinct beginnings, middles and ends.

But when My Little Pony: Friendship is Magic takes its final bow, it will leave its hoof prints all over the Vancouver animation scene.

Its impact is perhaps most evident at DHX Media. Back in 2009, when Hasbro brought the Pony reboot to DHX, the animation studio was significantly smaller — roughly 250 employees — and located in Gastown. 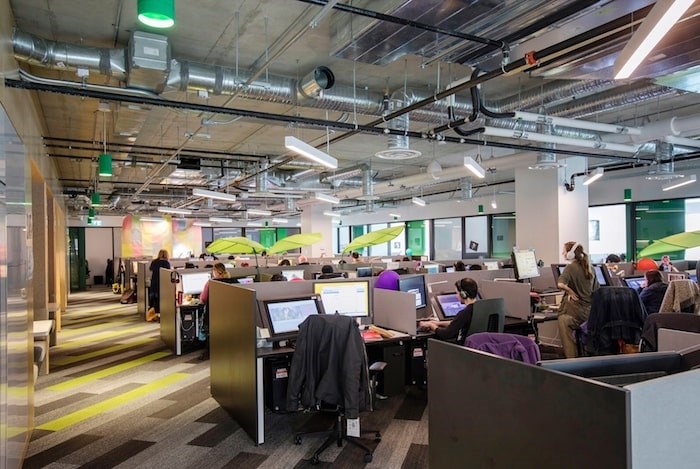 Back in 2009, when Hasbro brought the Pony reboot to DHX, the animation studio was significantly smaller — roughly 250 employees — and located in Gastown. Today, DHX Media has 690 artists in its 75,000-square-foot facility near Olympic Village, and approximately 12 shows on the go at all times.

Today, DHX Media has 690 artists in its 75,000-square-foot facility near Olympic Village, and approximately 12 shows on the go at all times.

For the last decade, DHX has been ride-or-die for My Little Pony: Friendship is Magic. The company produced 211 22-minute episodes of MLP: FIM, one holiday special, eight short films and My Little Pony: The Movie — DHX’s first feature film.

Combined with the various My Little Pony: Equestria Girls productions and that’s more than 5,000 minutes of Pony content over 10 years created by more than 1,000 people.

“Early on, when the animation industry was booming here and the need for content was outpacing our ability to staff it, it was a challenge [to build our team],” says Sarah Wall, vice president of animation production at DHX Media. “But with My Little Pony, we were able to draw some great talent in and keep a lot of the same core talent that started on day one of the property.”

Some DHX artists who began their careers on My Little Pony in junior positions are now senior leads and directors. “They’ve progressed in their careers alongside each subsequent season of Pony, which was fun to watch,” says Wall.

Also fun: interacting with, and receiving fan mail from, the Bronies. 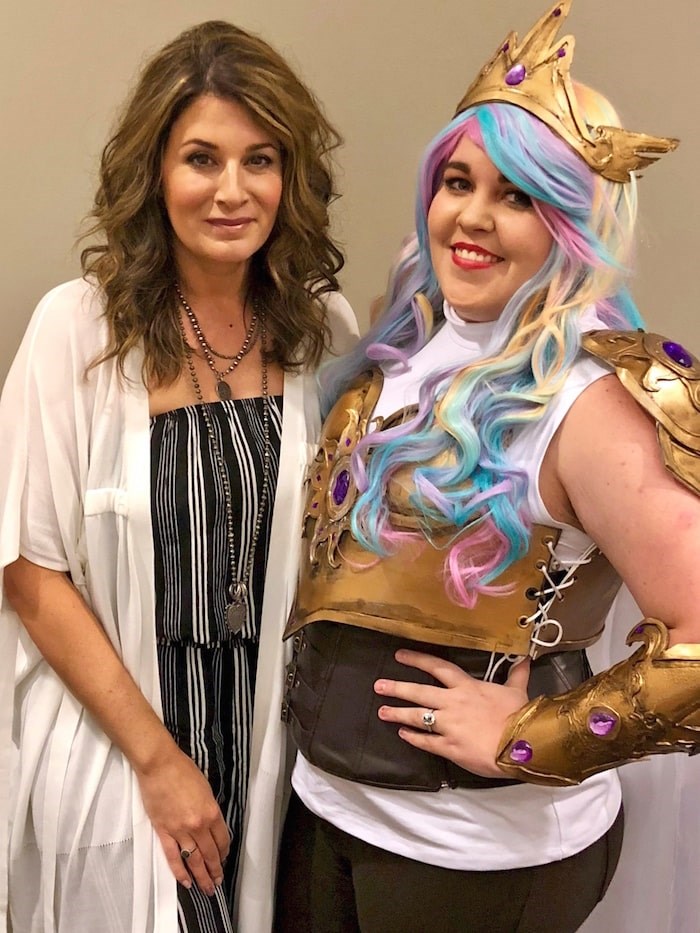 My Little Pony: Friendship is Magic voice actor Nicole Oliver with one of her many adoring fans.

Pony producer Devon Cody doesn’t call himself a Brony, but he holds them in high regard. His first exposure to Brony culture came early in the series’ run, when he attended a Pony panel at New York Comic-Con.

“The room held about 500 people, and of those 500 people, maybe 20 of them were kids and their parents, and the rest were older fans of the show,” says Cody. “It was so positive, and you could tell it was just a bunch of people who really love the show, and a lot of those people probably never had a place where they felt they could fit in, but they had found this community.”

“It was just one of those perfect alignments of society and spirit and art and entertainment,” says Oliver over tea in Kitsilano. “Whatever humanity’s going to grasp on to, we can’t predict. If I could, I’d be in my castle in Ibiza.”

She pauses. “Princess Celestia lives in a castle, and she’s got great hair. Two things I’m envious of. I call her the Beyonce Yoda of the Pony world. My joke is that just outside of every frame with Celestia are two ponies holding up these fans. Her mane is always moving.”

Oliver has voiced other characters on My Little Pony: Friendship is Magic, including Cheerilee, Tree Hugger and a pirate parrot named Lick Spittle. She’s a regular on the Brony convention circuit and — as will come as no surprise after that Beyonce Yoda answer — she’s a fan favourite.

Also unsurprisingly, she has no time for Brony haters.

“Look around us — we have a lot of fear out there right now,” says Oliver. “We’re being told to be hateful and afraid of anything that’s different. If you have nothing nice to say, why say anything at all?”

In fact, Oliver has seen firsthand the positive effects the cartoon has had on some fans, including one veteran with PTSD who was inspired to create art after watching MLP with his niece. His drawing of Princess Celestia hangs in Oliver’s study.

“Not everybody is for everything,” she says. “But I think this show has done a lot of things for a lot of people.”

Oliver has expanded talents into the realm of voice directing. Audiences will be able to catch her directing work this summer on the First Nations-centric animated series Molly of Denali, produced by PBS and CBC.

Does Princess Celestia have any final message for Pony fans?

“To risk quoting song lyrics, ‘Don’t stop believing, hold onto the feeling!’” she laughs. “To the fans, it’s a huge thank you. Without their love and their belief and sense of self, none of this would have happened. And I really, truly believe that everyone is in a way better place because of it. And friendship is magic. So don’t stop believing!”

Watch My Little Pony: Friendship is Magic on Netflix.