Where to celebrate National Caesar Day in Vancouver

Hail, Caesar! Canada’s unofficial official drink also has an unofficial official celebratory "day" for honouring this classic cocktail. National Caesar Day was first launched in 2015, and it happens annually now on the Thursday before Canada’s May Long Weekend–which means in 2019 we'll be raising our glasses on May 16.

Even better is that 2019 marks the 50th anniversary of the invention of the Caesar. 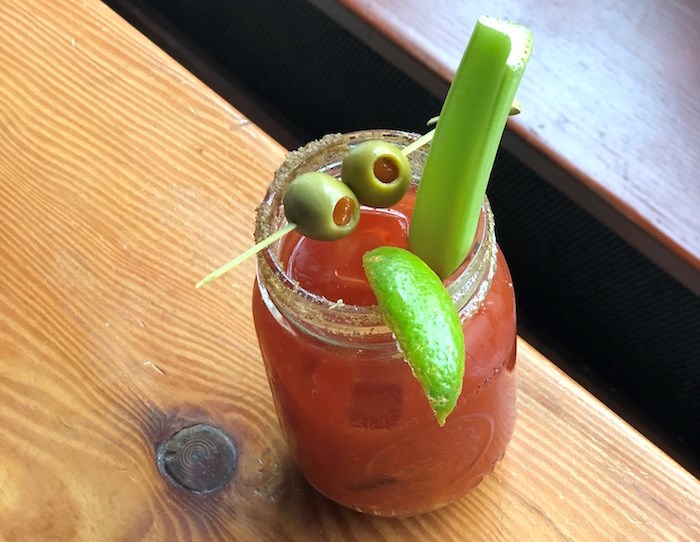 The Caesar is attributed to barman Walter Chell, who came up with the drink at the Calgary Inn back in 1969. As prepared traditionally, a Caesar is made with vodka, clamato juice, Worcestershire sauce, hot sauce, and comes in a celery salt-rimmed glass garnished with lemon or lime, and a celery stalk.

Of course, varieties, riffs, nods, and the like abound for Canada’s beloved Caesar. Here in Vancouver you can get it made with gin, tequila, or even whisky, with all sorts of flavour boosts and twists–we’re talking spicy beans, pickles, bacon strips, pepperoni sticks, all the way to garnishes that are basically an entire dinner for four (Score on Davie, that's YOU).

There is no official way to celebrate National Caesar Day, except of course the special day is traditionally observed by drinking Caesars.

We recently chatted with local Caesar enthusiast Barb Snelgrove, who is one of the people featured in a new anniversary coffee table book about the Caesar at 50. Hear what she has to say about the beloved brunch bev.

Some Vancouver and other B.C. venues are participating in National Caesar Day promos tied to the event sponsor, Iceberg vodka; those place include The Cascade Room, UVA, and Score. You’ll find a list here. 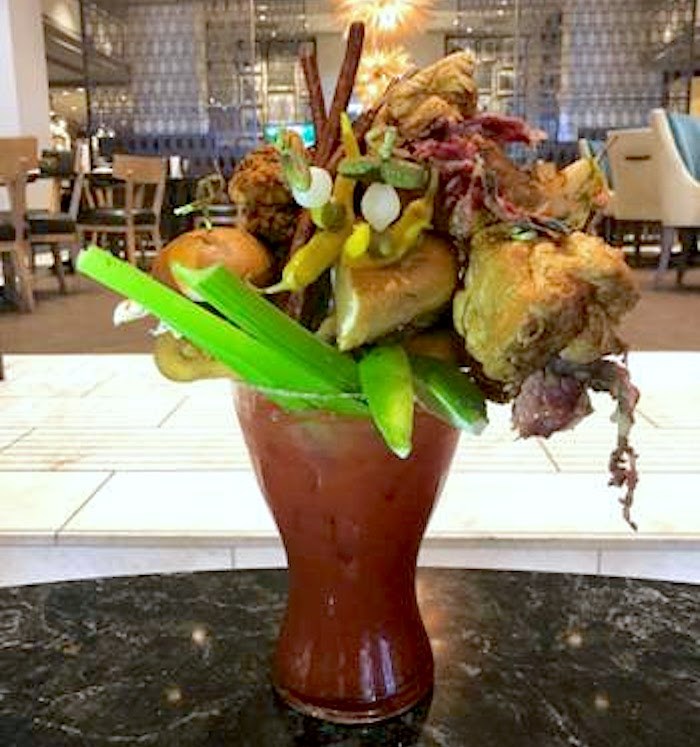 The Anniversary Caesar at Notch8 at the Fairmont Hotel Vancouver is available for one day only. Photo courtesy Fairmont.

For National Caesar Day, you're sure to find Caesar specials elsewhere around the city and region. One standout is at Notch8 at the Fairmont Hotel Vancouver, where they'll be serving up a $99 Anniversary Caesar that's basically dinner and drinks for two in a glass, for just one day only.

Your favourite bar or restaurant also probably has a Caesar on the menu, or you can make one of your own at home. If you can hold off celebrating until the weekend, Sunday brunch service at The Victor at Parq Vancouver happens to feature an epic build-your-own Caesar Bar, which is a pretty sweet way to celebrate the Caesar. You do you, Caesar fan.