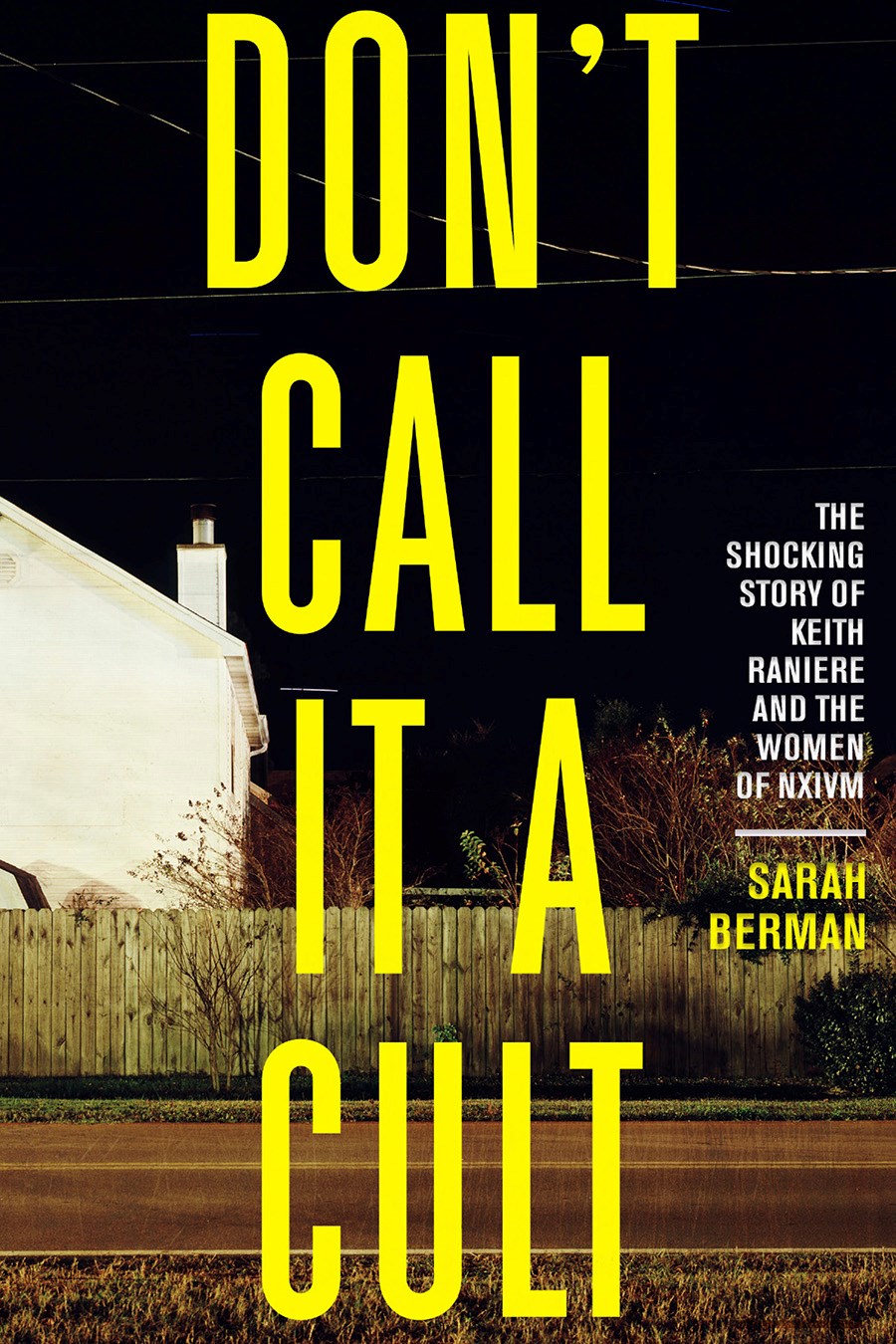 In its gripping 287 pages, Berman reveals the whole story behind the NXIVM sex cult and its (morally, sexually, and generally) perverted leader Keith Raniere. It's the best book this reviewer has picked up in the last two years.

It's billed as "the shocking story of Keith Raniere and the women of NXIVM", and if you're like me you might think you've already read (and heard) everything that there is to know about this twisted mess, and that nothing about the story could shock you.

Drawing on years of investigative reporting she did on the cult for Vice as well as months of new research exclusively for the book, Berman delivers stunning new details from sources who spoke to her both on and off the record. The story holds you until the very end.

Berman's research over the years has seen her travel from New York to Mexico and back to Vancouver where, as you'll already know if you've followed the story of this multi-level marketing self-help company turned sex cult, an unsettling amount of it takes place.

One common flaw of investigative reporters is that while they may have near-superhuman abilities to reveal facts and work sources, relaying the information they uncover to people in a way that they'd enjoy can be...well...lacking. As in, many of them can't communicate for crap. However Berman's skill at digging to get the truth is equal to her adeptness at putting words on the page that will draw you in and keep you there.

A former senior editor at Vice, she had help in the process from editors Diane Turbide, Helen Smith, and Alex Schultz, and the end result is a book I'd recommend to anyone who wants the gory details from start to near-finish.

The book pretty much ends with a bow attached to it, but even as I write these words, Berman continues to cover NXIVM and shine new light on it from other angles. While the main character, Keith Raniere, is in prison for the rest of his life (he was sentenced to 120 years in 2020), and seemingly most of the people who were indoctrinated have accepted the truth, there's still a smattering of faithful out there who hold on to their contorted belief that he's not evil, perverted, and completely depraved.

If you read Don't Call It a Cult you'll learn that he is undeniably a sex-trafficking fraudster, who he hurt and when, how it was allowed to happen, and much of the why.

You can preorder it from local bookstore Massy Books or from Amazon, and get it when it comes out on April 20, 2021.