Vancouver's Powell Street Festival will return to the city's traditional Japanese community once again this summer, but the event is shifting its location slightly to accommodate people living in Oppenheimer Park.
Jul 4, 2019 12:32 PM By: Lindsay William-Ross

Vancouver's Powell Street Festival, celebrating Japanese culture, will return to the city's traditional Japanese community once again this summer, but the event is shifting its location slightly to accommodate people living in Oppenheimer Park. 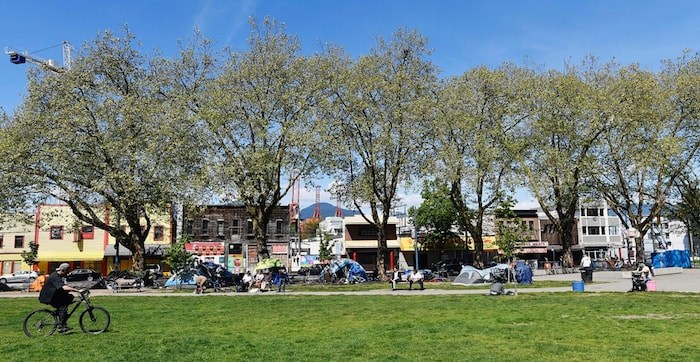 Oppenheimer Park in May 2019. Photo by Jennifer Gauthier/Vancouver Courier

Set to take place on the weekend of August 3-4, this year marks the 43rd Powell Street Festival. The vibrant family-friendly celebration of Japanese art, culture, food, and more is the longest-running community arts festival in Vancouver, and takes place in the Powell Street Historic Japanese Canadian Neighbourhood, or Paueru gai.

The Paueru gai has been a central part of Japanese community and culture in Vancouver since the city's early years, including its park, Powell Street Grounds, which opened in 1902 and was later renamed for Vancouver's second mayor, David Oppenheimer. 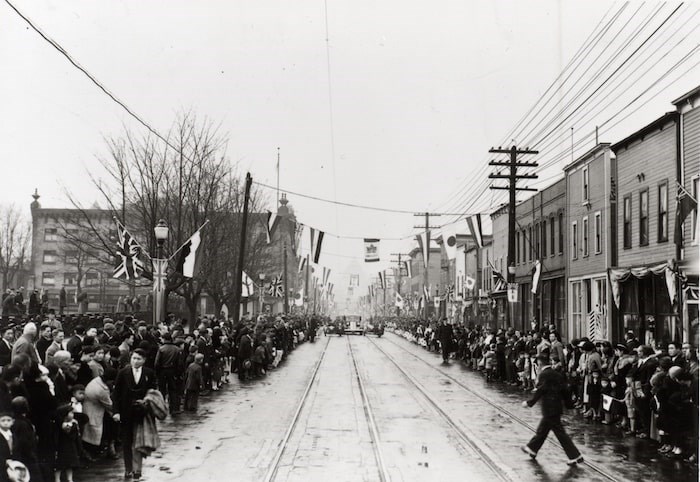 Following the bombing of Pearl Harbor in 1941 during the Second World War, anti-Japanese sentiment and discrimination climbed in Vancouver. Ultimately the Japanese Canadians were forcibly removed from their homes and businesses by the Canadian government in 1942, forever altering the character of Vancouver's Japanese Canadian community, and the Powell Street neighbourhood.

While the Powell Street Festival has traditionally been held in Oppenheimer Park, organizers are saying this year they no longer want to be part of the displacement of the park's tent-dwellers.

"As a community that has experienced forced displacement, we refuse to continue this pattern of dispossession of vulnerable people in this area,” said Powell Street Festival Society president Edward Takayanagi in a statement.

"In respect for the current residents and the occupants of the park, they have designed their festival and program to ensure the people in the park are not displaced while providing a rich cultural experience for festival goers." 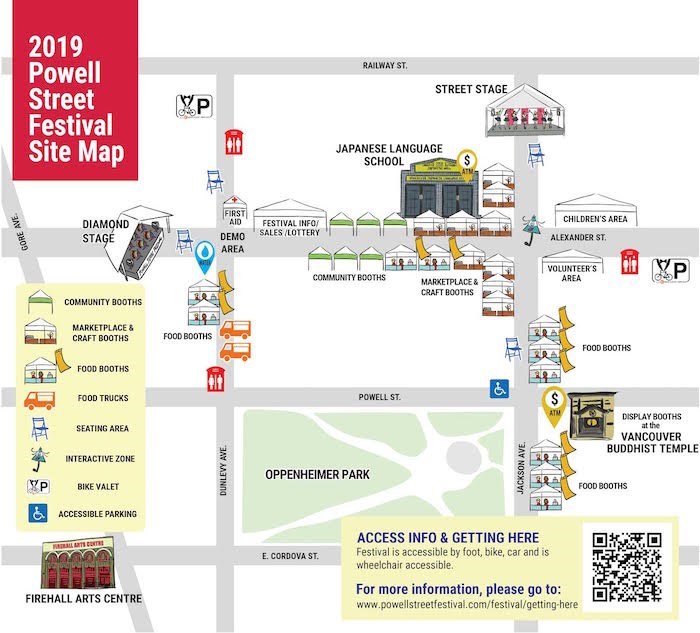 Because the festival prides itself as serving as "an act of empowerment and a way to connect people and communities," organizers say they have designed the 2019 festival map "to work with the current residents of the neighbourhood."

Additionally, the Festival notes they recognize that the event takes place on the unceded territory of the Musqueam, Squamish and Tsleil-Waututh, and acknowledge their "own role in the history of settler colonialism and dispossession of the Indigenous people," added Takayanagi. 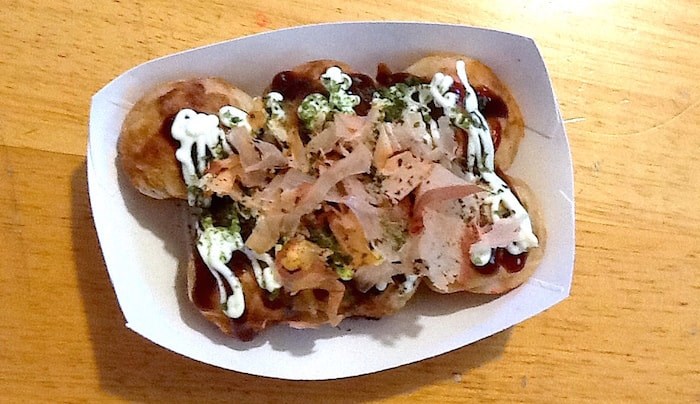 For the 2019 Powell Street Festival, attendees can expect to experience a stage offering a variety of live performances, a marketplace with crafters and vendors, live demos, workshops, a children's zone, and - as the fest is perhaps best known for - plenty of delicious food.