Riverdale, Once Upon a Time stars to play in Whitecaps charity game

Whitecaps FC alumni will be joined by celebrity guests like stars from Riverdale, Once Upon a Time, and Olympian Patrick Chan. All funds raised from the match will be given to BC Children’s Hospital.
Aug 23, 2018 3:25 PM By: Alyse Kotyk

Once Upon a Time’s Captain Hook and William Smee are hitting the soccer field next month in a match that will help raise funds for BC Children’s Hospital. 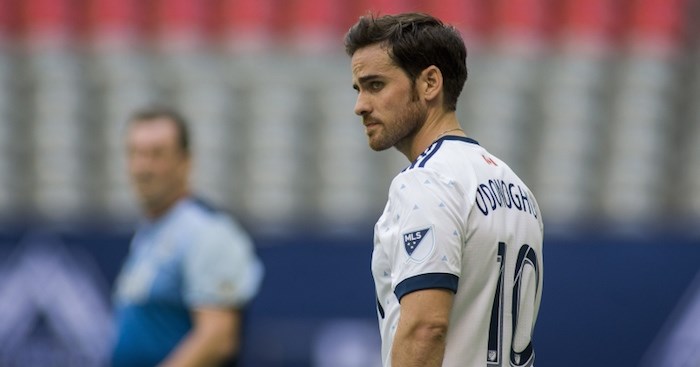 Colin O’Donoghue, who played Captain Hook in Steveston-filmed Once Upon a Time, played in the 2017 Legends and Stars match. He will play again on Sept. 15, 2018. Photo: Bob Frid

On Sept. 15, the second annual Legends and Stars charity match will return before the Vancouver Whitecaps’ game against the Seattle Sounders.

Whitecaps FC alumni will be joined by celebrity guests – including Steveston-filmed OUAT’s Colin O’Donoghue, who plays Hook, and Chris Gauthier, who plays Smee. All funds raised from the match will be given to BC Children’s Hospital.

Other stars include several actors from Riverdale, The 100, iZombie, Letterkenny and even three-time Olympic medalist Patrick Chan.

The Legends and Stars charity match begins at 4:45 p.m. Tickets are $5, but require a ticket to the Whitecaps’ game afterwards.