Slide The City: Giant slip and slide returns to North Van this summer 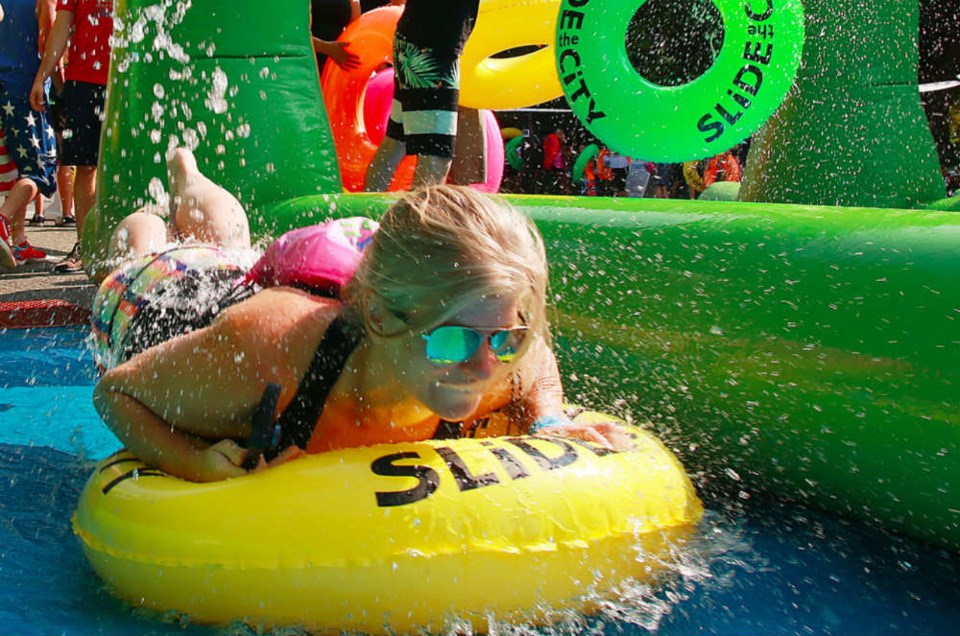 Grab an inner tube and slide down Lonsdale Avenue this summer as part of the ever popular Slide the City event in North Vancouver.

The 1,000 foot waterslide spans four blocks from Victoria Park to 4th Street in North Vancouver and will be open from Saturday July 21 to Sunday, July 22 from 10 a.m. to 6 p.m.

The giant slip-and-slide is part of the Fun City Festival along with other attractions including food trucks and music in Victoria Park. On July 21 the city's free concert series 'Summer Sessions' is included in Fun City Festival with extended hours from 5 to 10 p.m. at The Shipyards. Coco Jafro will be performing with food trucks and a beverage garden available on site.

The event is expected to attract thousands of people and parking is limited. The City of North Vancouver encourages festival attendees to bike, walk or take transit instead of driving to the festival.

North Shore Neighbourhood House will be offering a bag check, change rooms and a free shuttle to and from Victoria Park. 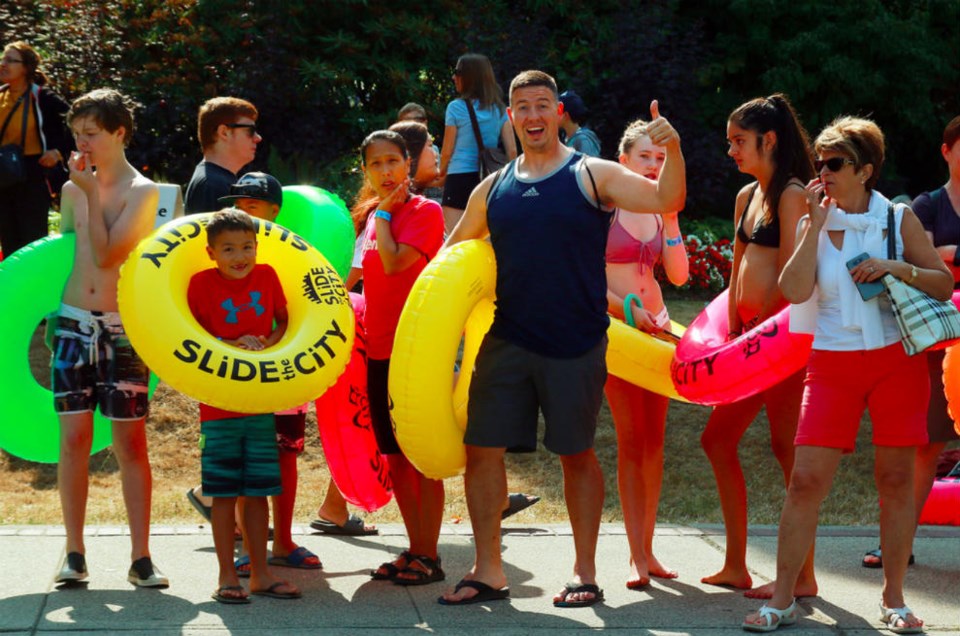