Efforts to find out who killed 15-year-old Kerrie Ann Brown in Thompson, Manitoba have been going on for 32 years now but an investigation by the CBC podcast Someone Knows Something is bringing new evidence to light.
0
Nov 19, 2018 3:48 PM By: Glacier Media

Efforts to find out who killed 15-year-old Kerrie Ann Brown in Thompson, Manitoba have been going on for 32 years now but an investigation by the CBC podcast Someone Knows Something is bringing new evidence to light and, her family hopes, providing the best chance ever for Kerrie’s killer to be brought to justice. 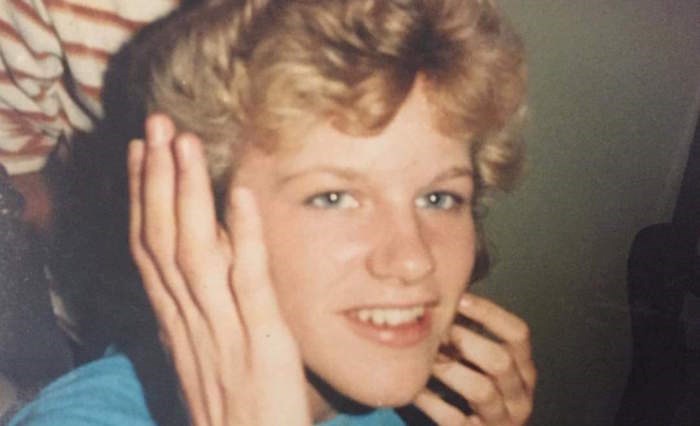 Kerrie went missing Oct. 16, 1986, after attending a party with a friend. No one realized she was gone until the following afternoon. The day after that, her body was found by a hydro line near the horse stables north of Thompson.

“We’ve been looking for Kerrie’s killer twice as long as she was with us,” says her brother Trevor Brown, who first reached out to Someone Knows Something host David Ridgen about investigating his sister’s case three years ago.

Ridgen, who first became involved in investigating unsolved crimes while working on a documentary about civil rights workers killed in Mississippi in 1964 by the Ku Klux Klan, said he was aware of the case before Trevor Brown reached out to him, but it had never moved from the pile of possible Canadian crimes to investigate into the pile of active investigation subjects.

“There was an abundance of evidence that was found on the scene,” he says. “There was a suspect who had been taken into a preliminary hearing and discharged. There were passionate family members and there seemed to be police willing to talk about it so that always gets my attention when i find all those kinds of things in a case.”

Through the first nine episodes of Someone Knows Something’s fifth season, Ridgen has been contacted by a woman in Thompson who remembers hearing her former boyfriend in Nelson House making reference to a white girl getting killed and by a former RCMP telecommunications operator who says she got a call from someone about a murder between the time when Kerrie was last seen and when her family realized she was missing the next day. That call may or may not have been followed up on, depending upon which RCMP officer you believe, and there have been other obstacles along the way, including the fact that there is no transcript of the 1987 preliminary hearing for a man charged with Kerrie’s murder – the charges were dismissed by the judge due to lack of evidence – and that the Brown family is unable to obtain a new copy of her autopsy report to replace the one they lost.

“The RCMP have told the chief medical examiner not to give it to us,” says Trevor Brown, who believes police made mistakes in their investigation of Kerrie’s murder

Ridgen says that people coming forward with new evidence are the key to figuring out what happened to Kerrie.

“Sometimes you wonder if there’s other evidence, physical evidence, out there that someone might have hidden away somewhere or know of and that’s the kind of evidence that we’re looking for,” he said. “Whether somebody heard somebody say something or knows something that they’ve always held or has some idea of a suspicious happening around the time when Kerrie went missing, those are the kinds of people that we want to come forward.”

Manitoba RCMP feel the same way, and Const. Janna Amirault of the historical case unit, which is in charge of older unsolved homicides and missing persons cases in which foul play is suspected, says a phone call is the best way to relay information to police.

“For me to have a conversation with them may go a long way,“ says Amirault, one of many people Ridgen interviewed for Someone Knows Something, even if the caller doesn’t want to identify themselves. “You’re able to extract a little more information or pinpoint on a few questions that may provide more clarity.”

Kerrie’s brother feels that Someone Knows Something represents the best chance his family has to finally receive solid answers about who was responsible for Kerrie’s death.

“I believe in my heart of hearts … this is going to be the hammer that cracks the nut and we’re going to get our answers because of this podcast,” Trevor says. “I’m convinced of it and I need to be. I need to know that we did this for a reason. This is, I believe, going to get it done in some way, shape or form because I believe there’s more than one person out there who knows something about this and we just need one.”

Ridgen, who has uncovered evidence in several previous cases that either led to criminal proceedings or established the most likely way that a missing person had died, is guardedly optimistic too.

“I hopefully will get enough information back that we’ll be able to continue making episodes and hopefully find a solution to the case,” he said.

Still, simply undertaking the the investigation can be helpful for family members of missing people or homicide victims, in Ridgen’s opinion.

“You facilitate a process of inquest that they never have undertaken before because it was too difficult or painful,” he says. “Throwing the person in an elevator who’s afraid of elevators. That’s the kind of thing we do with this process. It keeps me feeling positive about what we make families go through in this process, that they can get something out of it regardless of whether they actually get to a courtroom.”

It isn’t an easy process though, says podcast participant Nicole Zahorodny, who was the last person to see Kerrie at the party the night that she disappeared.

“That night on October 16 1986 I made a simple decision that would rule my life and become my greatest regret,” she said. “The outcome of that short amount of time and the fact that I left her alone would walk with me the rest of my life. I am listening to the podcast and it is proving to be an intensely challenging journey but I do not regret it. I have become obsessed with Someone Knows Something and with each episode I become entranced. The first listen seems to bring out the rage that I’ve apparently buried and then the flashes come. I haven’t been sleeping very much because that’s just how it goes and the hyper-vigilance has returned. The jumpiness causes extreme frustration but I settle after a few days.”

Zahorodny hopes the publicity Kerrie’s killing is is receiving will trigger someone to step forward.

“The greatest gift that anyone could give us would be the truth of what happened that night and who took her from us,” she says. “It would be so easy to send an anonymous letter and I have no doubt that David would listen and follow every lead.”

Amirault says that in Kerrie’s case, publicity often generates new interest or information, as it did on the 30th anniversary of her murder in 2016 when Manitoba RCMP used their social media accounts to tweet details of her last day in her won voice.

“I think the more people talk about it the better,” she says. “If the killer’s still out there, then it’s an opportunity to put some pressure on them to make them think about what they did and what had happened. Who knows? Maybe a killer will call up one day or come into a detachment one day and provide information regarding Kerrie’s homicide.”

Ridgen said about a week after the fifth season of Someone Knows Something launched Oct 16 that most of the episodes were complete except the final few. He also said that he, like any investigator, has to guard against thinking he’s solved the case without a cold and logical analysis.

“It’s important to get eureka moments and to recognize them but you have to be honest about them too and go back and really try to rip them down and rip the theories apart so that you’re certain that you’re heading in at least the right direction,” he says.