The group is hosting a Summer Solstice Bike Rave in Vancouver on Friday, June 21 that offers locals a chance to celebrate the longest day of the year.
0
Jun 19, 2019 3:00 PM By: Elana Shepert

"Vitality is to be found in moving, grooving, and vyving to the joy of living."

That's the message from sober-party enthusiast group VYVE, which aims, "To spark vitality in humanity" in a positive, drug-free way. 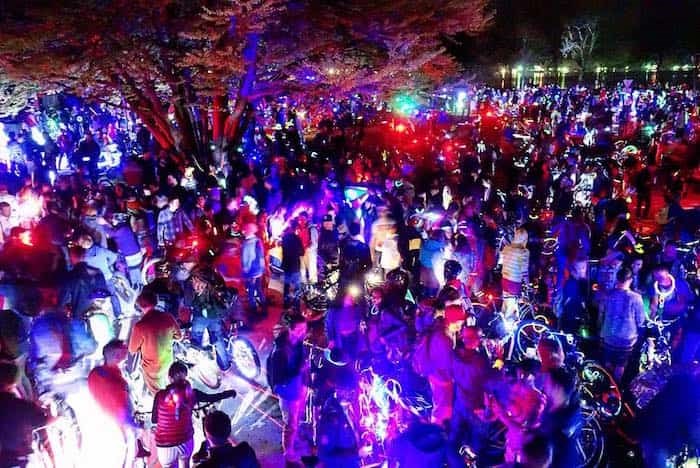 The group is hosting a Summer Solstice Bike Rave in Vancouver on Friday, June 21 that offers locals a chance to celebrate the longest day of the year with a heart-pumping adventure.

With this in mind, participants may use anything from bikes to scooters, roller blades to skateboards, or good ol' fashioned legs. The party is simply meant to inspire human connection and create an environment where people, "feel exhilarated, respected, included, and inspired."

Formerly known as Party4Health, the organizing group strives to provide opportunities for people to engage with one another in a "party" atmosphere - minus the toxic social norms associated with conventional partying.

"I am determined to redefine the Vancouver Bike Rave." declares the group's leader, Jacques Martiquet, also known by his title: Chief Party Scientist. "By applying party science, we're going to make this one more exhilarating, safe, and inviting than its predecessors. Powered by the human high."

The starting point won't be announced until 24 hours prior to the event start time, and all participants must register to partake. However, the rave will make its way across the Lion's Gate Bridge, which it did during last year's event.