One of the videos showing a high-flying stunt while another shows someone holding an umbrella for the lead actress
Jul 21, 2021 12:42 PM By: Elana Shepert 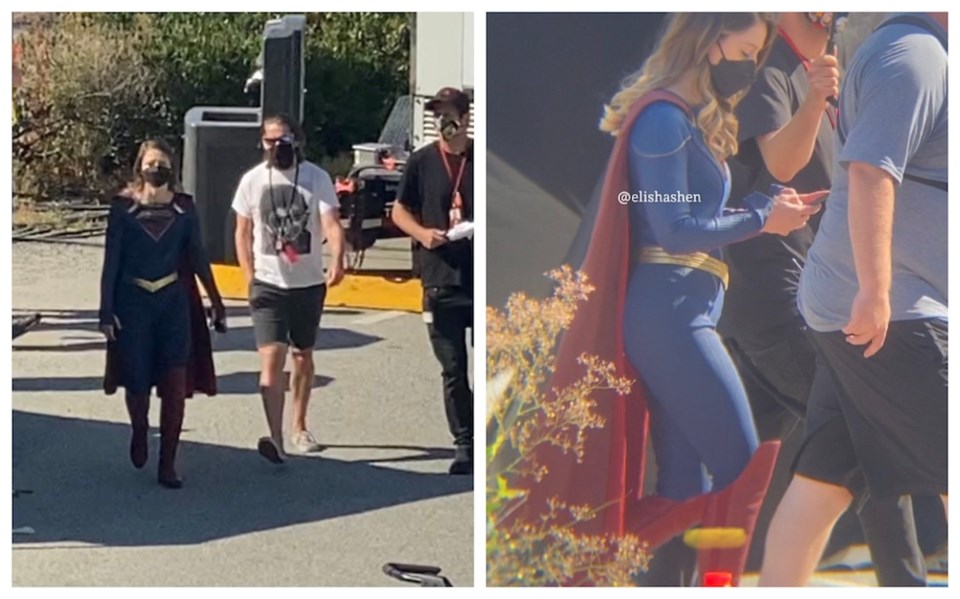 Supergirl is a TV show based on the DC Comics character of the same name. The show is filming its final season in Vancouver which airs Tuesdays on the CW.Photo via @supergxgreys and @CaptCanuck66 / Twitter

A resident notification letter from 137 Productions Inc stated that filming would place on Tuesday (July 20) from 7 a.m. until 8 p.m. and would include "exterior/acrobatic elements, stunt driving and large crowds of background performers (extras) at street level along the1300 [and] 1400 blocks of W. Hastings St."

The company planned to use special effects and "poppers" to create "short bangs" and "small flame balls." Each sequence will be repeated several times throughout the day but not going past 5 p.m.

Fans shared several photos before filming began, which included vehicles arriving and set up for the Coal Harbour shoot.

Frederick Vinas has shared a video on Twitter of someone holding a white umbrella over Supergirl while she was walking on set.

One person asked, "Can't she hold her own umbrella?"

A local tweeted that action was "ramping up" with filming taking place at two separate locations. He added that there was also "fire on set." In a separate tweet, he noted that lead actress Benoist "seemed to be in a good mood" and waved to him.

In a third tweet, @CaptCanuck66 shares a video of someone soaring through the air in a high-flying stunt. Several crew members surround the action while one person jumps off a ladder and pulls down a rope that appears to bring the stunt person into the air.

Have a look at some more photos from the Coal Harbour film set.

In April, Vancouverites also took to social media this week to share photos and videos from the superhero set.