The Dirty Thirties in Vancouver

A grandchild of the woman in this historical Vancouver photo writes:

"This is my grandmother, Esther Eleanor Wilson (1896-1991). She was born in a log cabin in Ponsonby, Quebec (now called Boileau), became an "infant nurse" at the Montreal Founding & Baby Hospital, married Alexander Neil Nelson, and settled to farming with him in rural Saskatchewan. During the "dirty thirties", the family left the farm and moved to Nelson, BC, and then to Vancouver." 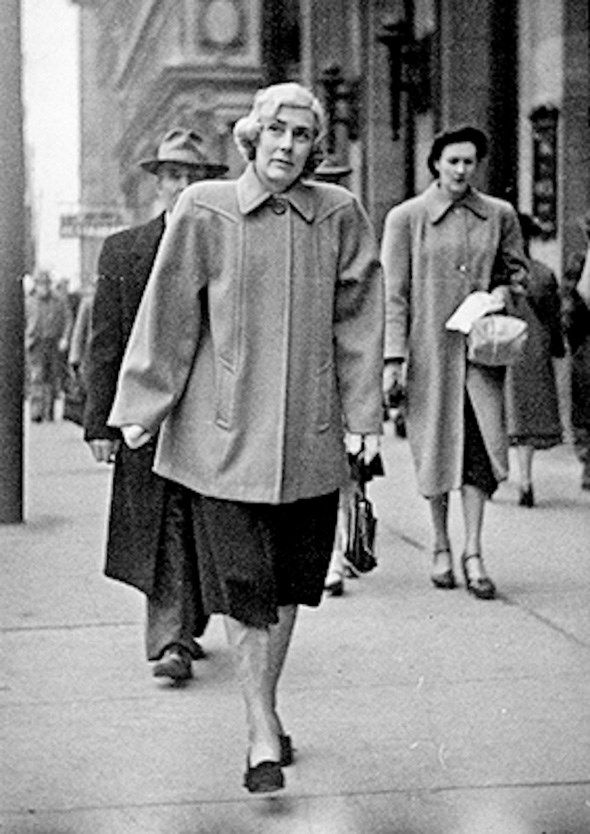 The story behind the man who captured this photo? Well, from 1934 to 1979, street photographer Foncie Pulice set up his camera on Vancouver city sidewalks and snapped candid shots of people strolling by. For almost half a century, he took thousands of photos, unwittingly capturing moments in time, the history of a city, and the lives of British Columbians. Photo negatives of Foncie’s images do not exist. He destroyed most of them when he retired. Until recently there was no central archive or collection.

Documentary filmmaker Melanie Wood and British Columbia’s Knowledge Network changed that by bringing these photographs together – collecting them from albums around the province and giving them a public home online and in the film Foncie's Corner. The photos continue to stream in and Melanie shares them with us regularly so we can share them here on our blog.