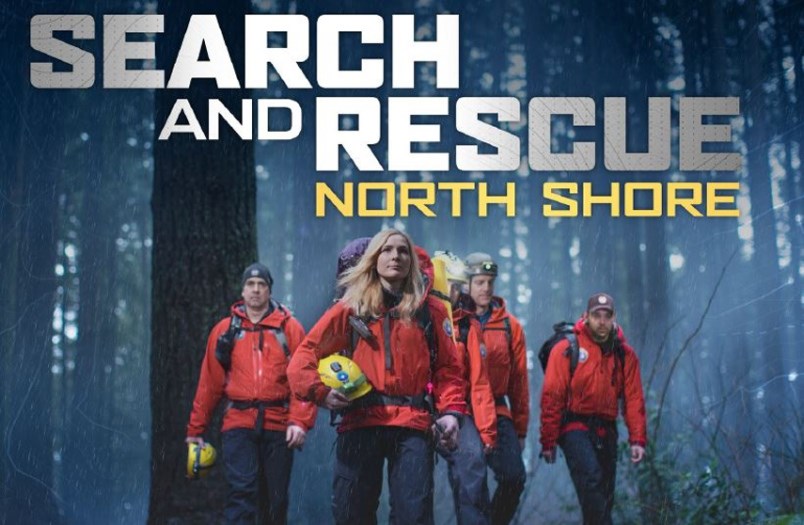 You’ve read about their exploits saving lost and injured hikers from peril. Now, North Shore Rescue is headed for the small screen with a new docuseries set to air on B.C.’s Knowledge Network, starting later this fall.

Search and Rescue: North Shore follows the volunteer team through a year of call-outs in the North Shore backcountry, as well as the home lives of some of their most active members.

Local filmmaker Grant Baldwin and his production team from Peg Leg Films were embedded with NSR for a full year to get some incredible behind-the-scenes footage.

In a release, Baldwin recalled his astonishment at the danger the team members put themselves in and their commitment to bringing their subjects home safe.

“I remember straddling the peak of Crown Mountain at 3 a.m. The NSR team and my filming partner Ian were rappelling down below me to secure a fallen climber. I was just clinging to the rock, trying to get a stable shot with the massive rotors of a military helicopter washing down around me,” he said in the release. “I kept thinking, 'What the hell am I doing up here?' Then I remembered that the team doesn’t need to be here either. They volunteered for this. It makes capturing this story more meaningful.”

The five-part series begins its run at 9 p.m. on Nov. 10 on Knowledge.