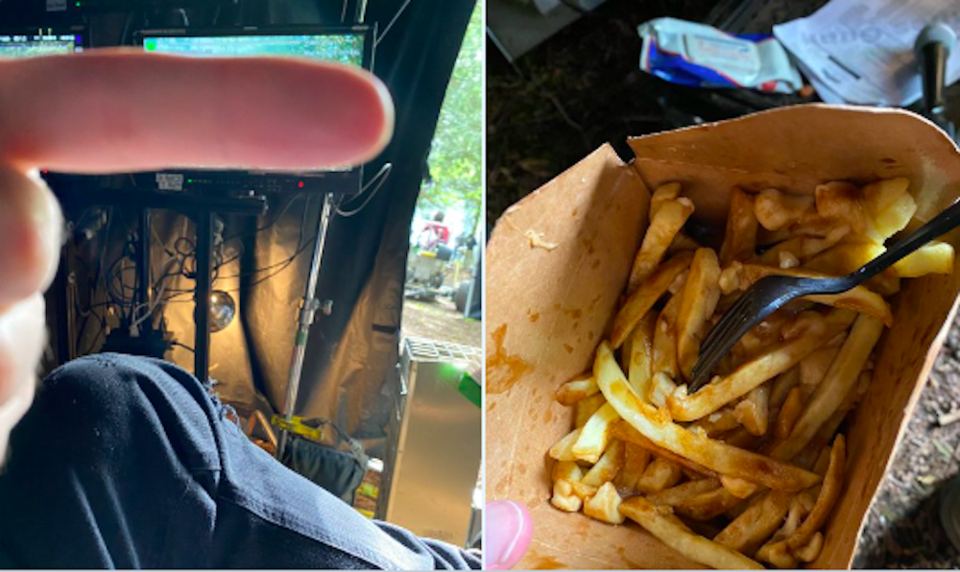 A popular American film director tried poutine for the first time in Metro Vancouver and shared his experience on social media.

Director James Gunn is currently in the Lower Mainland filming a Suicide Squad spin-off show called Peacemaker in the city starring John Cena. The eight-episode series will air on HBO in 2022 and "will explore the origins of the character that Cena will play in the upcoming film, a man who believes in peace at any cost — no matter how many people he has to kill to get it."

Gunn took to Twitter last week to say he tried poutine for the first time on the Peacemaker set and said he "enjoyed it going in." However, as he continued to chow down, he felt a "bit uncertain" about the remainder of the dish.

Just tried poutine for the first time on the set of #Peacemaker. I enjoyed it going in. How it goes from here I’m a bit uncertain. pic.twitter.com/mp6OtGVKbD

Numerous fans commented on Gunn's poutine post, with several pointing out that he didn't get the best batch. Many people mention that Montreal has the best poutine in the country, while others offer better restaurants to try the classic Canadian comfort food in Metro Vancouver.

"Where did you get that? It’s awful. Any Canadian worth their toque knows real poutine is all about the layers. This is shameful. Next time, ask. We can tell you where to get the good shit," wrote Michelle Ann.

A few people also shared pictures of what they believe is true poutine.

As a Montrealer, I'll tell you one thing: For a dish that requires only 3 ingredients (fries, cheese curds, gravy), it is AMAZING how many places fuck up poutines. One of my favourite grease spots is a little place called Le Petit Baril, and they serve an AMAZING poutine there... pic.twitter.com/59zgbKaF0s

Tom Williams mentions, however, that "you can’t mention poutine on Twitter without someone claiming it’s not real poutine. They are really protective about their gravy fries."

Gunn also took to social media recently to share a picture of the Peacemaker star John Cena walking down the street. He captioned: "What’s weird is that this is on John’s day off."

In response, a fan has shared a short video of the Peacemaker star walking down the street. In her Twitter post, she writes that he was "covered in fake blood" although it might be difficult to spot in the video. However, she assures that there "is lots of blood."

Watch John Cena stroll down the street in full costume in Metro Vancouver (VIDEO)
May 3, 2021 2:45 PM