This is the Most Awesome FREE EVENT in Vancouver in 2014

You'd be hard pressed to find another event that is loved by more Vancouverites, and which more accurately defines summer in our city, than the Honda Celebration of Light fireworks competition.
0
Dec 16, 2014 2:11 PM By: Bob Kronbauer

The fireworks have been a part of Vancouver summers since 1990, with an estimated average attendance of 1.4 million people each year. Residents and visitors gather on the shores of English Bay, across the bridges, in nearby high-rises, and all the way over in Kitsilano and UBC to be dazzled. If you've lived in this city for any amount of time I imagine you've watched them from many vantage points; as long as you've got a radio nearby and can tune into the simulcast in the company of friends, you're guaranteed a great time. In recent years the event organizers, BRANDlive, have added a few layers of awesomeness to the event including a free concert series with multiple stages, and performances by Red Bull stunt planes and professional fly boarders. They've even added bleacher seating which you can pay a little bit for and be sure that you'll have one of the best views of the show. 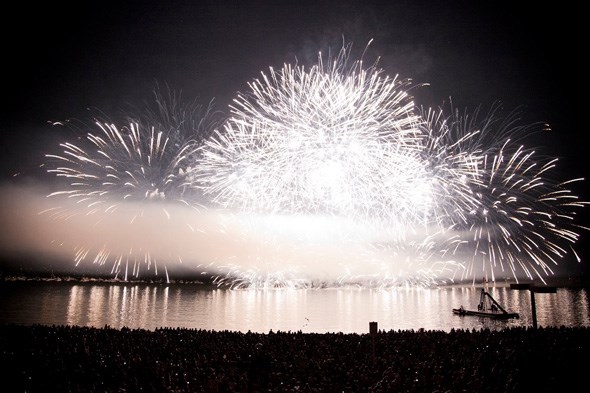