This Vancouver choir has a musical PSA for COVID-19 (VIDEO) 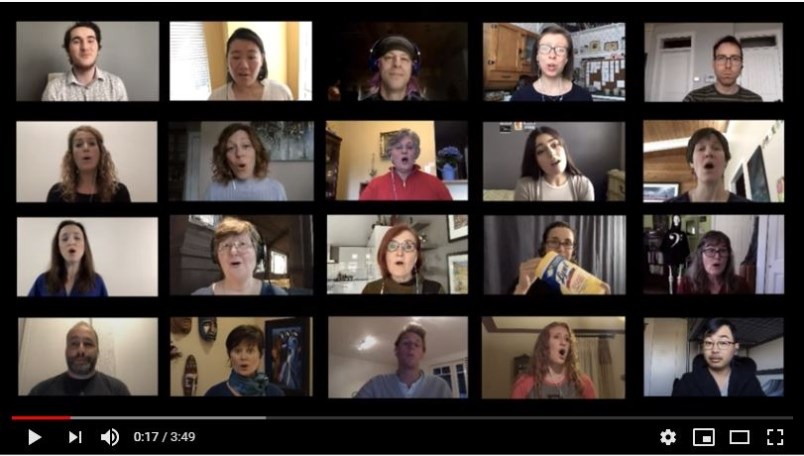 Vancouver's Phoenix Chamber Choir is finding a way to make music - and share some important PSAs - through the COVID-19 pandemic. Its new parody video, For the Longest Time, has just been released. Screenshot

They can’t be in the same room, but that won’t stop them from singing together.

Phoenix Chamber Choir is doing its part to lift spirits and spread some choral cheer during the COVID-19 pandemic.

The Vancouver-based choir has joined the Lower Mainland choral community in cancelling the rest of its 2019/20 season – but it’s still making music.

At the end of March, the choir released its Coronavirus Rhapsody parody video, which became an online and social media hit.

Earlier this month, the choir decided to return to the world of online music-making with a new video: a parody of Billy Joel’s "For the Longest Time," with new words written for the COVID-19 pandemic.

Singers (choir members and alumni) recorded their individual parts at home in their own spaces, accompanied by a “click track,” and then sent in the videos for editing and compilation.

The magical end result has just been revealed and is now available on YouTube – and it seems certain to also be a social media hit.