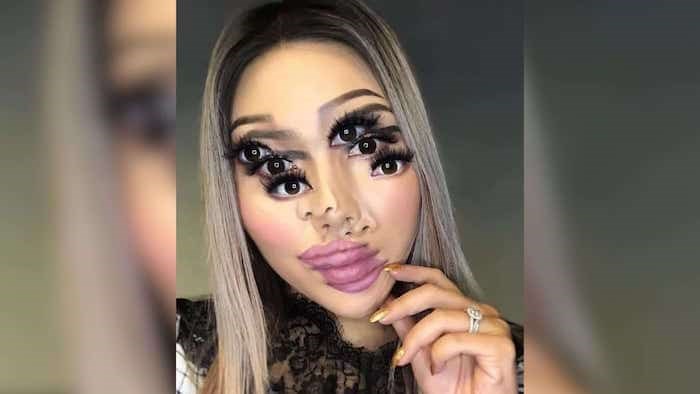 Mimi Choi is a pioneer in modern makeup.

The Vancouver-based creative has captured global attention with hauntingly realistic optical illusions and unique concepts. From rows of eyes that seem to peer into one's soul, to finely detailed fish that appear trapped in the skin, Choi's work ignites the imagination.

And while it may seem like Choi has spent a lifetime dedicated to her craft, she enrolled at Blanche Macdonald a mere five years ago.

"I decided to pursue makeup after a late-night conversation with my mother," Choi told Vancouver Is Awesome. "I was teaching pre-school - I love children - but I felt creatively suppressed."

Choi explains how her mother knew that something wasn't right, and asked her if she was happy. As a result, Choi decided, at age 28, to give up her job and pursue something else - but she wasn't sure exactly sure what she wanted to do.

"When I eventually chose makeup school, I really wanted to succeed. I stayed true to myself and worked hard. Being authentic, and doing things that were unconventional, helped me to do that."

Now, Choi has a whopping 1.1 million followers on Instagram, and does makeup for celebrities and models around the world. Her work has been featured in Ripley's Believe it or Not, Vogue Japan, WWE and The Food Network, and she's also had Mimi Choi palettes created by MAC, Makeup Forever, Mehron and others.

Choi says she draws inspiration from practically every part of her life, but her dreams have a major influence on her work.

"I often dream about people with multiple eyes, or people that are split into multiples," she describes. "Sometimes they are scary dreams, especially during sleep paralysis, but I find makeup healing. I used to dream about spiders constantly, but I don't anymore."

Of course, one of Choi's most famous looks was at this year's Met Gala, where her show-stopping illusionist makeup on actor Ezra Miller garnered international praise. However, Miller's final look involved a bit of improvising.

"Ezra was very understanding," remarks Choi."I had mapped the pattern on my face, but we didn't have time to do a practice run on his. It ended up being different then I had planned, but it worked out really well."

"I work best when I can be spontaneous."

Choi explains how her grandfather's passing a few years ago inspired her to live passionately and stay true to herself.

"My grandfather inspired me in so many ways. He was such a hard worker. He started a newspaper company in Macau with all the money he had when he was younger - he loved to write," she recalls.

Choi said that her grandfather worked until the end of his life, and that he considered his work immensely enjoyable. She adds that when he passed she saw three navy blue butterflies flying together - she'd never seen anything like that. Now, whenever she sees them, she thinks of him.

"Blue was his favourite colour, and when he passed, I felt this energy go into me. He was also creative, as he loved to write, and I think he passed that to me."

Choi often uses the colour blue in her looks now, as well as butterflies, and sometimes a breathtaking flourish of both.