“Comedy is tragedy plus time.” It’s been said many times by many comedians. I believe the original usage dates back to the great Carol Burnett.
0
Mar 9, 2011 10:00 AM By: Graham Clark

Comedy classes have always been contentious in the stand up comedy world. Just last year members of the American comedy community were up in arms over a comedy class put on by Louie Anderson and Kyle Cease. Do stand up comedy classes do any good, or are they just taking advantage of people with a dream? In the world of improv comedy, it is a given that you will take some lessons and learn the ins and outs of improv before you begin calling yourself an improviser. I have heard people speak with reverence about their improv teachers including Vancouver’s own, Alistair Cook.

In the course of trying to describe what Alistair has done in the world of Canadian improv, it might be easier to list what he hasn’t done instead of what he has.  That being said, I’ve never been a fan of the easy way. Alistair founded !nstant Theatre Company, which produces shows, holds classes and workshops and recently found it’s new headquarters at the Instant Shop and storefront on East Broadway. He’s artistic director of the Vancouver International Improv Festival, he’s been producing the Canadian Improv games for years, has worked with Vancouver Theatresports and performed all across this country with veterans and newbies alike.

Every new pursuit I see him working on seems to fall under a mandate of making the local improv scene stronger and farther reaching. Cook is encouraging the next generation of performers with the lessons he has picked up during his tenure in comedy.

As mentioned above, the Instant Shop is his newest pursuit, a store that will also serve as a workshop space and classroom. Anyone who’s ever tried to find a space like this in Vancouver knows how rare and valuable this space will be.

Maybe if all the teachers in the stand up world showed their absolute dedication to the craft that Alistair does, the debate would end for good.

If you want to know more, you can got to http://instanttheatre.com/

Alistair was kind enough to answer some questions for Vancouver Is Awesome. 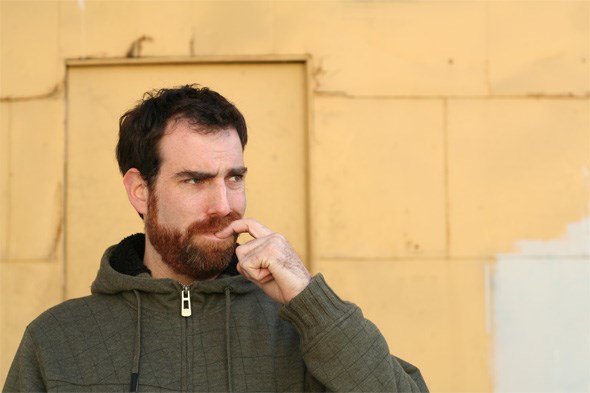 The trailer for Steel Viper Force I think. I was having a really tiring day and seeing the Action Genre brought to the level of “100% Utah” made me laugh a lot. The last line in the trailer put me over the edge. I’m very much looking forward to seeing a full-length version of the Kyles McKay opus.

I think it’s time for Improvisers to stop acting like improv is a form of Magic. We do “make things up on the spot” but most groups have trained for years to be able to deal with anything. I know it’s the confidence in dealing with the suggestion that the audience loves and that the “preshow magician speak” is there to amplify that reaction… but it just rings false now after decades of hearing it.

Improvisers are like martial artists, we practice how to craft scenes and advance material combating how we’ve been socialized to do the opposite. We then use these skills and act on them in the moment. Its super easy, we aren’t speaking in tongues.

My first reaction is… Something warmer than Little Mountain gallery but as affordable. That’s not what you want right? You want my dreaming by a high school locker fantasy venue right? Ok here goes… We take an old movie theatre, bring in terraced cabaret seating, a full lighting rig and build a 30’ X 20’ stage that would hydraulically lift shapes out of the floor to create different scenery. The back of the stage is one of those $90k LED curtains that we can make any background appear instantly from a laptop in the booth. The speakers would be stacks of Marshall Guitar amps like in a Van Halen video. Then up front we have a white fibreglass moulded lobby that looks like the interior of a space ship. We install a slurpee machine that dispenses Jack and Coke slurpees, a ice cream Taco stand (waffle cone hard shell of course),  And a robot that makes sandwiches… really good robot crafted chocolate sandwiches. Optional items: Some kind of Xbox Jacuzzi, or there is a slide from the lobby to the seats that has 20 sets of hands at each side to allow you to high five a lot as you enter. Everybody likes high fives right?

All that said, I think VTSL’s  IMPROV CENTRE is probably as close to the perfect Improv Venue as you can get. All they need now is a Jack and Coke Slurpee machine.

Is Russell Peters a comedy premise? OOOOHHH SNAAAAAP! YES I DID!

Actually, maybe targeting easy marks that have made millions more than you tapping into something universal is the comedy premise that needs to be retired. My go to target has always been Carrot Top. I’ve never got up from the couch and made 28 new props based on current pop culture references though. Maybe he’s a genius? Nah, probably not. Mike Myers once said that if you distil all jokes down to their molecular level they are all the same. Maybe all comedy premises are fair game? Just keep your borderline racist jokes/accents away from my raised in the PC 90’s ears.

(PS: I wonder what prop Carrot top is going to make about Charlie Sheen!!!)

What is the biggest challenge associated with being a comedy event organizer?

I think that the problem is that Vancouver is an amazing place to live. You can walk out your door and enjoy nature in any season. Because of this people spend about 60% of their income on housing. In turn, commercial rates are expensive. Therefore we don’t do shows in theatres; we do them in either restaurants or illegal venues. So basically I’m saying… so Expensive!

You have created a space called the Instant Shop at Broadway and Fraser. Tell me about it.

After leaving Vancouver TheatreSports League as Artistic Associate in October I wanted to focus on teaching and producing some new things. The Instant Shop is my Dojo/Workshop/Laboratory to do those things. The shop itself has a remarkable Ehren Salazar mural in the front where our t-shirts are on display. In the back I’ve customized the space for workshops and rehearsals. Currently Instant Theatre is offering a variety of workshops in improvisation as well as a Conservatory program that meets once a week and performs once a month. We currently have 40 students enrolled in the conservatory program and our weekend workshops have been filling up, so has our new High School program as well. It’s only been open a month and we already have 70 people involved. It’s important to remember that it isn’t a venue for performance it is a venue for us to develop improvisers and improvisation in Vancouver. It’s been a blast, I’m looking forward to seeing where it takes us.

You have been a recurring character in television commercials, what effect did that have on your career?

Yes, thanks for mentioning this. I have been selling Spray n Wash/Resolve for the past four years. I’m the guy that pops up while you are watching pirated TV on your computer. I say things like “spread it on, gently rub it in and Vacuum away!” Has it affected my career? No, it’s funded a lot of wonderful Improv shows though. I was blessed with the opportunity of like 12 commercials from what was my one and only audition ever. Ridiculous to think about while poppin’ a wheelie on my FZ600 I’ve named Spray n Wash 1.

What do you get from being an artistic director you cannot get from performing?

I love teaching, directing and producing improvisation. My favourite thing is introducing Improv to people. The board of the Canadian Improv Games calls me affectionately “the Evangelist” because of the decade I spent travelling across Canada inspiring and connecting the network of improvisers that are now the company we keep. I love the artistic conversation and the drive to innovate in improvisation. Hannibal Smith knows the feeling and I love seeing the projects I’ve helped build come together.

It rains here so we need to be cheered up when we can't go kayaking. The combination of Film/TV/Gaming industries, so many barista/hipsters and a large gay community help as well. I think sociologist David Florida would know how to answer this question better than I would.

The Sunday Service, Improv comedy Hennessy Sundays at 9pm. What are you waiting for ladies? These guys are handsome, talented and hilarious. I spent a good portion of my life improvising with Taz and Ryan and Emmett, Aaron and Kevin are Geniuses (but Baby Geniuses, like the movie).

What is your favourite joke (street of otherwise)?

If I fart I look around for a Duck with a really offended look on my face. “Jesus, where is that duck and who does he think he is”. Everything else I make up magically from suggestions and never remember.

I’ve had two articles using a cooking pun in them… so lets try: