While many artists like to slowly bring a canvas to life, Vancouver creative Dimitri Sirenko is the complete opposite.

He likes to paint fast.

“I want to get it over with as fast as I can, because I want to have 100 per cent passion from the start to the end of the painting,” Sirenko told Vancouver Is Awesome.

It’s one of the reasons he’s had great success in the live art tournament Art Battle. 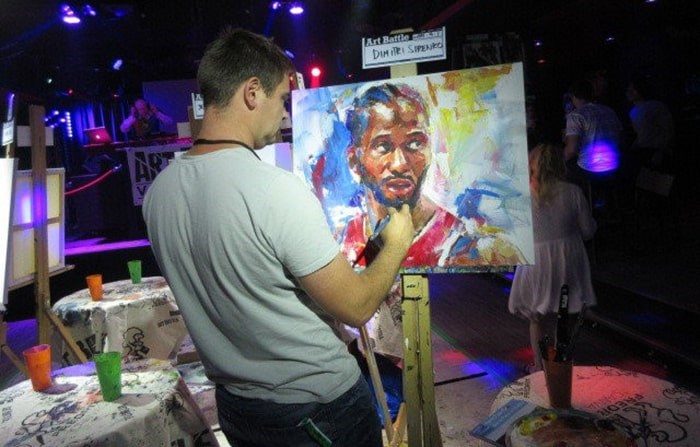 The fast-paced competition allows painters 20 minutes to create a work of art. Artists are split into three rounds and rely on the audience for votes to push them through to the next stage.

This week, Sirenko will travel to Toronto for the Art Battle Canada National Championship. He’ll be competing against winners of the Regional Finals from across the country to defend his 2018 Championship title.

The 31-year-old, who studied at Emily Carr University of Art + Design, only recently made a splash on the fine art scene after rediscovering his love for traditional painting through Art Battle a year and a half ago.

“I was an art director in the animation industry," he said. "So, I was doing art but it was all digital 2D and 3D characters.

“The funny thing is I hadn’t touched paint in years."

He said he spotted the live art competition event on Facebook and decided to check it out.

“I went as a spectator at first and I really enjoyed the atmosphere,” he said.

“I kind of took that as an opportunity to come back to traditional art.” 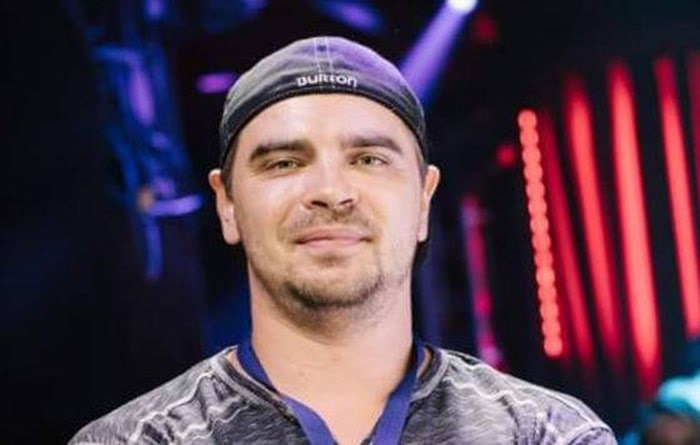 He won his very first battle in Vancouver and he was hooked.

“It kind of took off from there,” Sirenko said.

The competitive artist continued to win rounds until he took home last year’s championship title, battling against 17 artists for the win.

“It was pretty crazy,” Sirenko recalled.

“I didn’t really expect it. I kind of felt like I could do okay but I didn’t expect to keep going and win everything.”

Because Sirenko won last year, he automatically goes through to this year’s national final.

The competitors are a mix of veteran professional artists and emerging talents.

Sirenko said he wasn’t fazed by timeframes or crowds and enjoyed the excitement of the competition.

“I know a lot of people struggle with it [the time frame] but for me it is pretty natural,” he said.

"I usually like to paint fast. For the official competitions I definitely practice at home. I choose the subject I want to paint and I time myself." 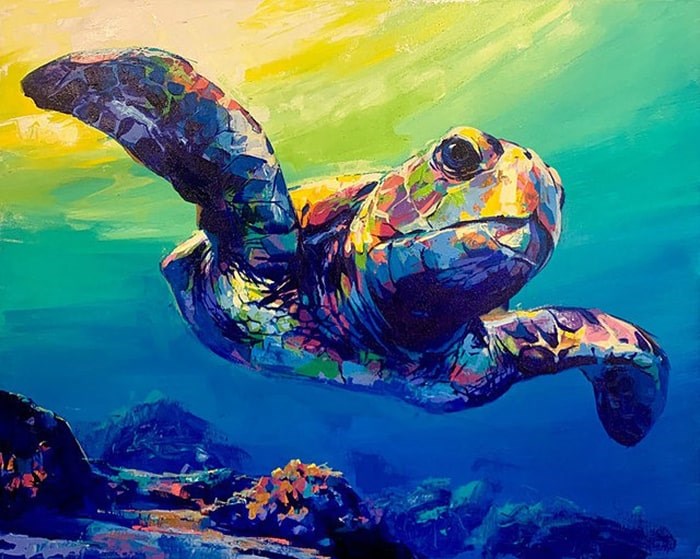 He describes his artistic style as intuitive impressionism and spontaneous realism.

“Spontaneous realism is being confident laying down colours that you wouldn’t otherwise see in pictures in real life and being able to make it all work,” he explained.

His brightly coloured pieces are mostly of people and wildlife, but he also likes to create fan favourites such as Game of Thrones and comic book characters.

The success he has had in Art Battle has given him the confidence to quit his job in the animation industry and become a full time artist.

“The positive feedback from the audience gave me more passion and I started painting more and more,” he said. “About half a year ago I started thinking, ‘I enjoy painting so much that I’d like to make it my career.’”

Leaving the stresses of his old job behind four months ago, Sirenko said he’s enjoyed every minute of his new creative freedom so far.

“It’s one of the best feelings ever,” he said.

“Doing this is the opposite of stress. When I’m painting it’s just the canvas and me.

“There’s no one breathing down my neck telling me when it’s due or what I need to change.

“I’m in full control and I’m at peace with that.

“Sometimes I think, ‘why didn’t I make this choice earlier.’”

Sirenko said his competitive streak always came out during Art Battle and even though he’s won before that didn’t mean he wasn’t going to give it his best shot.

“My goal is to make something beautiful,” he said.

Artists will compete Thursday, July 25, for a cash prize, a trophy and the title of 2019 Art Battle National Champion in Toronto.