The band released renditions of Tina Turner's "Simply the Best" and Bruno Mars' "Locked out of Heaven" as a way to "stay connected and keep making music" during COVID-19.
May 8, 2020 9:05 PM By: Megan Lalonde 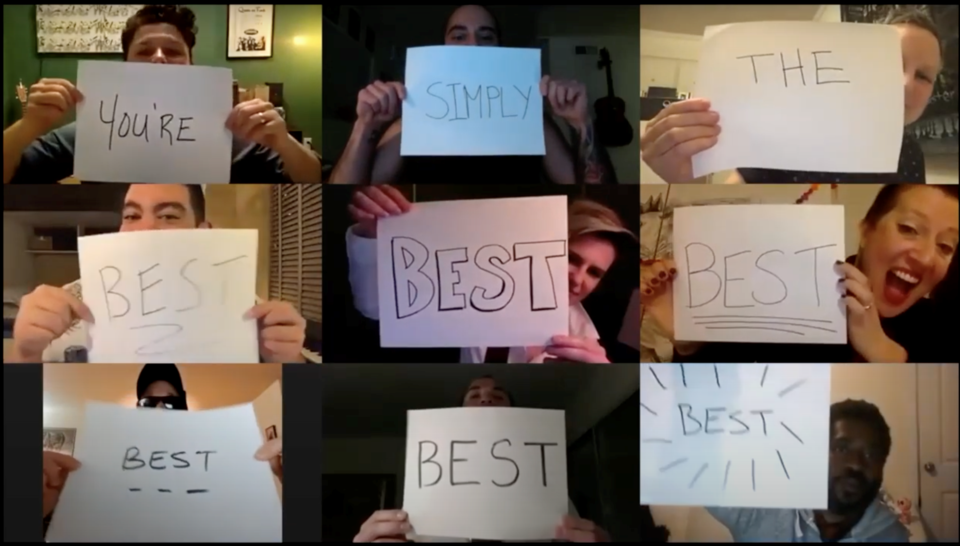 Normally at this time of year, Vancouver cover band Queer as Funk would be eagerly looking forward to their annual Vancouver Pride kick-off party, originally scheduled to take place at the Commodore Ballroom this year on July 31st.

However, that event, like virtually all of B.C.'s mass gatherings, was cancelled. Ever since, the LGBTQ soul/motown/funk band has been looking for ways to "stay connected, and keep making music," band members told V.I.A. in a message.

Not one, but two songs recorded completely in isolation and posted to YouTube for fans to enjoy.

The first, a cover of Tina Turner's "Simply the Best," saw each band member record their individual part at home, before mixing each of their submissions together. The video, meanwhile, was recorded via a Zoom video call, used as a way to say "thank you" to Vancouver's frontline workers - "the folks keeping us safe, and making life easier," the band explained.

Over the course of the video, band members hold up single sheets of paper thanking everyone from grocery store workers to firefighters to farmers, including special shout-outs to band members' loved ones and community organizations.

But that's not it - the cover band also released a second video showcasing their socially-distanced rendition of Bruno Mars' "Locked out of Heaven." This time, band members each filmed a video on their phones - for example, the band's drummer recorded their portion while taking a bath, and reading a book, to boot - before compiling the clips into one epic music video.

Check it out below!