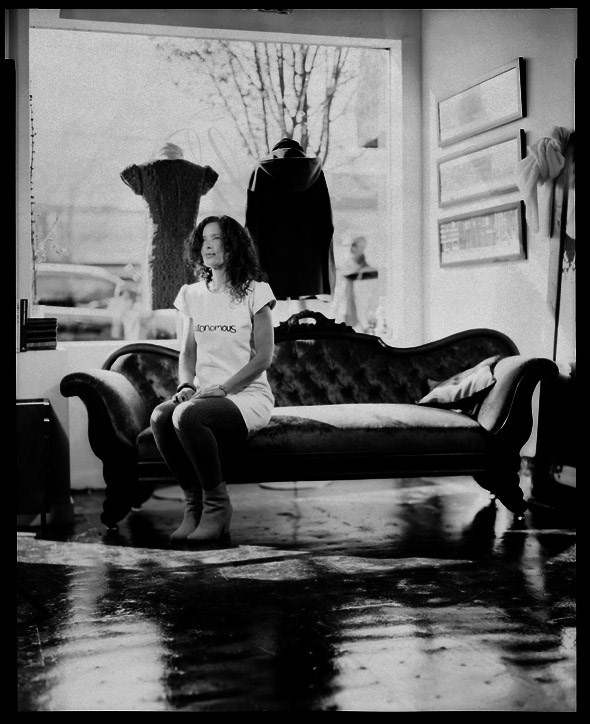 Isabelle Dunlop was born and educated in Scotland. She immigrated to Canada with her parents in 1990 upon graduating from the Scottish College of Textiles with a 4 year degree in Clothing Studies. Upon arriving in Vancouver in September 1992, Isabelle began trying out her designs at Dream (Gastown) and the Block where she gained priceless retail experience. This year she opened her own workshop Isabelle Dunlop Clothing at 4158 Main St. selling mainly her own designs and accessories. Isabelle Dunlop is also a singer and the co-founder of the band Combine The Victorious.