J. Warren Long has been a Vancouver Symphony Orchestra member since 1974, making him the second-longest tenured member of a community.
May 31, 2019 9:55 AM By: John Kurucz 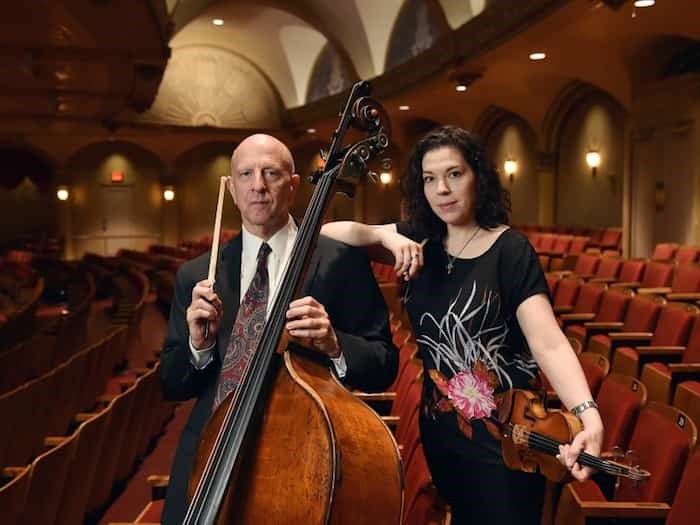 J. Warren Long has spent his entire adult life in the Vancouver Symphony Orchestra, while violinist Monica Pegis, who joined the ranks in January, is the VSO’s newest member Photograph By Dan Toulget

He’s done it all the while balancing an oversized piece of wood between his legs for hours at a time, requiring the 69-year-old to follow a steady daily regimen of stretching and yoga.

It may sound like hell to some, but Long wouldn’t have it any other way.

The Kits resident has been a Vancouver Symphony Orchestra member since 1974, making him the second-longest tenured member of a community that’s in the midst of 100th anniversary celebrations.

The year-long party bookends with a centennial celebration at the Orpheum on June 11.

“I think June 11 will be a watermark moment,” Long says. “To have an organization that’s lasted this long, and has been supported by the community while serving the community, that’s important.”

A member of the symphony’s bass section, Long was just 24 when his career was set and his arrival coincided with the VSO’s Golden Age — then-music director Kazuyoshi Akiyama was leading the orchestra through a slew of overseas tours and sold-out performances.

Timing was everything for Long, given that 42 years would pass before another spot opened in the symphony’s bass section.

“Within my first month on the job, we were touring Japan,” Long recalls. “I had stars in my eyes. It was a very exciting period.”

Excitement and innovation has indeed filled the symphony over the years. Leonard Bernstein, Aaron Copland and Glenn Gould all popped into town for spot gigs. Stanley Park’s Malkin Bowl was created, in part, to house outdoor symphony performances. Junos and Grammys were won by orchestra members. The symphony’s first concert master, appointed in 1919, was female (Kathleen Ada Carapata) and the first concert happened Jan. 26 of the same year.

But for all that light, there’s also been considerable shade.

There was the “Save the Orpheum” campaign of the early to mid ’70s that successfully prevented the Granville Street concert hall and VSO’s home base from kissing the wrecking ball. The 1980/81 season bordered on disastrous, as wide-spread work stoppages saw CUPE members picketing outside the Orpheum and forcing three dozen concerts off site.

Attendance dropped by half and deficits rose. Within three years, seasons were shortened, staff was cut and orchestra salaries were frozen.

While Expo 86 provided a short-lived reprieve, 1988 was the year the Titanic met the iceberg: a $2.3 million deficit, bankruptcy fears, and a wholesale resignation by the board and then maestro Rudolph Barshai.

Government bailouts, including a campaign led by former Vancouver mayor Gordon Campbell, got the band back in black, but the fallout was massive: donors dried up, season ticket holders lost six-figure investments and the province kicked in $600,000 to pay off bank loans.

“We weathered those storms and the public embraced us despite what we were going through,” Long said. “There’s always been commitment from the public to support us. Maybe the audiences have varied, but the commitment and resolve have always been good.” 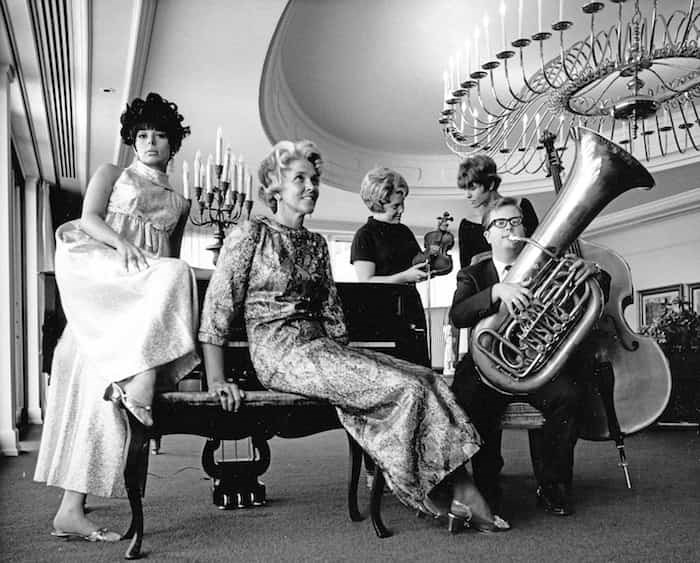 Like Long, Monica Pegis’ arrival within the orchestra is nicely timed. She’s the VSO’s newest member, having joined the first violin ranks in January after two years of occasional fill-in work.

She joins the orchestra in the midst of a 20-per-cent increase in ticket sales and donations over the last two years.

“My first gig after winning the job, I don’t even remember because I was on such a buzz of adrenaline,” Pegis says. “My colleagues were clearly happy that I was chosen because they knew me a little bit and liked me, I think. It was such a warm, exciting feeling.”

Those warm and fuzzy feelings were not always so. The audition process was, in Pegis’ words, “pure hell.” One moment she’s up, the next second she’s down. Managing muscles, expectations, highs and lows are all part of the deal over the course of an eight-hour day that’s mostly hurry up and wait.

On the topic of highs and lows, Pegis is asked whether every one of the 71-member orchestra has to be pals. Musicians can be a temperamental bunch, though great art can also be born out of friction.

“You’re going to be sharing a stand with some of these people for potentially 20, 30 years, so everyone makes an effort to get along. It makes showing up to work day in, day out, when you work that closely, so much more pleasant,” Pegis said.

“If you get to know the individual musicians too well, it also becomes more difficult to be the conductor,” Tausk said. “If you want to correct some things and you happen to know that someone’s mother is ill, for example, you might not approach it the same way. Sometimes it’s better not to know and just focus on the music.” 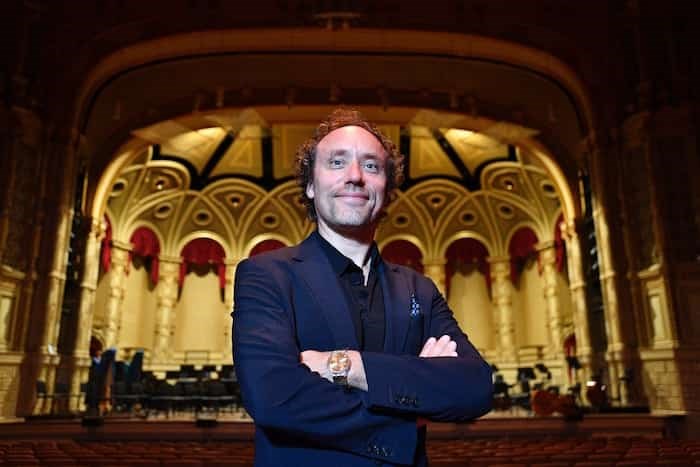 VSO music director Otto Tausk celebrates one year on the job as of July 1, and the symphony orchestra wraps up centennial celebrations with a performance at the Orpheum June 11. – Photo by Jennifer Gauthier

Like the orchestra as a whole, Tausk is also approaching a milestone — his one-year anniversary as musical director falls on Canada Day after an 18-year run by former head honcho Bramwell Tovey.

It becomes clear within moments of talking to Tausk that musical director and musician are two very different animals. Where Pegis and Long require warm up all day before a show, Tausk needs nothing.

“I could be writing an email, on the phone or in a meeting five minutes before the concert. I do not need to sit down and warm up,” the 49-year-old Dutch national said. “I don’t know where it comes from, but I hope it stays that way.”

Rather looking ahead to another century, Tausk is instead following a three-year vision: his opening season is the honeymoon, year two is about implementing a plan and the third year will require assessment and reflection.

Besides, he doesn’t see the orchestra going anywhere anytime soon.

“A musician in front of you, giving her or his soul in that sound, is going to be an experience,” Tausk said. “You can’t find that experience somewhere else. That’s why I’m not worried about music being able to survive.”

The VSO’s June 11 performance will include works by Bach, Bernstein, Morlock, Tchaikovsky and more. Tickets are online.