The annual celebration of Latin American culture kicked off on Wednesday, featuring a wide variety of virtual and in-person events
Jul 16, 2020 5:14 PM By: Megan Lalonde 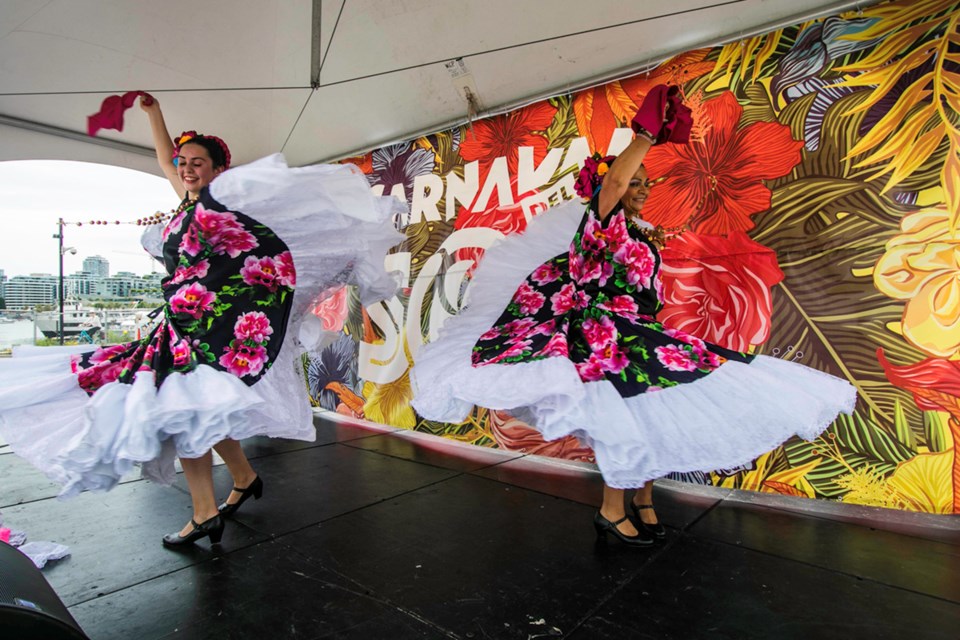 While it might look a little different than previous iterations, the Latincouver Cultural & Business Society's annual festival returned on Wednesday, July 15 for its 12th edition. The festivities, which this year include a wide variety of at-home and in-person events in addition to a newly-launched online series, are set to run until Aug. 9.

“Carnaval del Sol is a celebration of life, diversity and human connection; something our community needs more than ever. We found a way to connect and celebrate while staying safe, entertained, and positive," said Paola Murillo, Latincouver's executive director, in a release. "This year you will get to experience Latin America from your own home or at one of our local events. We wish to add our part to the resiliency this beautiful city has shown."

The festival's new six-episode series, titled “Across the Americas”, aims to "showcase Latin American culture through music, cooking demos, dance performances, art exhibits, exquisite travel destinations, social innovation initiatives, and much more," as it runs from July 15 to Aug. 8. According to organizers, each episode is set to feature local, national and international Latin talent, "from Vancouver to Patagonia and back." Episodes can be watched via the festival's YouTube and Facebook channels.

The biggest Latin American festival in the Pacific Northwest is also bringing its festivities to the North Shore this summer, with a mini carnaval (or "Carnavalito" del Sol, if you will) taking over the Lonsdale Quay Market from Aug. 7 to 9, to highlight the best of Latin American food, music, and culture.

Following "a thoughtfully planned transformation to ensure we bring joy while staying safe," Carnaval del Sol organizers also launched a new partnership program with over a dozen local restaurants and artists to coincide with this year's festival, "to support them during these challenging times."