Vancouver volunteer honoured for his work with elementary reading program

Jay Pelton was honoured with the Mary Stewart Volunteer of the Year Award for his many hours of service helping children with their reading at General Wolfe elementary.
0
Apr 23, 2019 4:17 PM By: Grant Lawrence

“The smallest act of kindness is worth more than the grandest intention.”—Oscar Wilde

A few weeks ago, I was invited to speak at a literary event at the fancy Hycroft Manor in South Granville. The function was to honour the volunteers of the One to One Literacy program, an organization dedicated to providing reading support for children throughout British Columbia for the past 30 years.

My wee talking bit went fine, but what caught my attention was an award presentation that happened a few minutes before I was to take the stage. 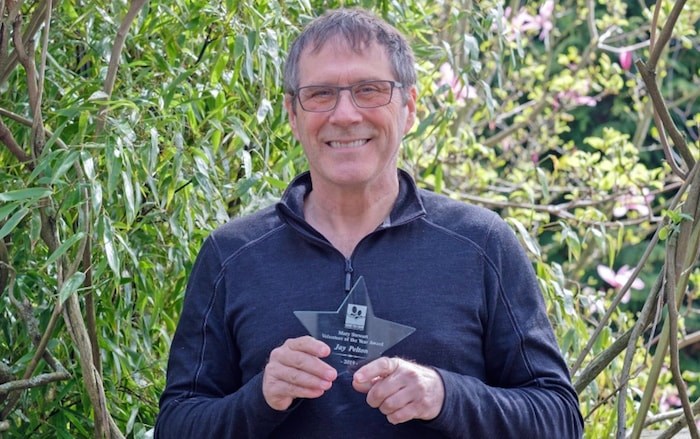 Jay Pelton was honoured with the Mary Stewart Volunteer of the Year Award for his many hours of service helping children with their reading at General Wolfe elementary. Photo Alistair Nagle

Jay Pelton, a 60-year-old retiree with adult children of his own, was honoured with the Mary Stewart Volunteer of the Year Award. He was chosen for his many hours of service helping children with their reading at General Wolfe elementary.

It became quickly evident to all in that room that Pelton is a special guy, since Ashlie Arbour-Polley, a primary teacher at General Wolfe, became very emotional as she recounted Pelton’s positive impact on students while presenting the award. Pelton was in the audience and had no idea he was a guest of honour.

“I was completely surprised,” Pelton told me over the phone a few days later. “I had just returned home from visiting one of my kids in Australia, and I had flown in that morning. The One to One event organizers said it would be great if I could be there. I was really bagged, but I managed to make it.”

Susan Nichols is the principal of General Wolfe, and she also helped present the award at Hycroft Manor.

“One day this guy wandered in to our school office,” Nichols recounted with a chuckle. “He told me that he was recently retired and wanted to volunteer with the kids. I’m pretty sure it was the first time anyone had done that who wasn’t related or connected to one of the students.”

Nichols thought on it, and referred Pelton to the One to One Literacy program.

“The One to One program requires quite a bit of training, orientation and hoops to jump through. I was honestly quite surprised to see him back here a few months later, totally prepared and ready to go,” said Nichols. “And Jay has been a fixture at our school ever since.”

Pelton first starting reading with the first and second graders, spending 30 minutes with each child. He is now a regular at the school twice a week, reading with kids from grades one to seven.

“What’s special about Jay,” Nichols told me, “is that he notices areas that certain children are struggling in and he repeatedly goes above and beyond, coming up with creative and interesting ways for the kids to learn about certain subjects.”

Pelton also spends time with ESL students, some of whom have come to Canada from war torn and unstable areas of the globe, such as Syria and Sri Lanka.

“It can be heartbreaking to hear some of their stories,” sighed Pelton. “But these are incredible kids, and I just try to make it fun.”

Nichols confirmed that Pelton has built up a special relationship with the students, particularly some of the refugee children.

“Some of these kids are hardened from what they’ve already experienced in their lives, and they keep adults at arm’s length,” she said. “But when Jay walks in, their faces light up with delight. It’s one of the ways we know that Jay is making a huge difference.”

Pelton follows the kids’ lead when it comes to reading interests and, in turn, finds himself immersed in everything from Japanese anime to Harry Potter fantasy to Luke Skywalker sci-fi. He encouraged one student who took on writing his own book, which Pelton called “hysterically funny.” The student’s book is now available in the General Wolfe library. 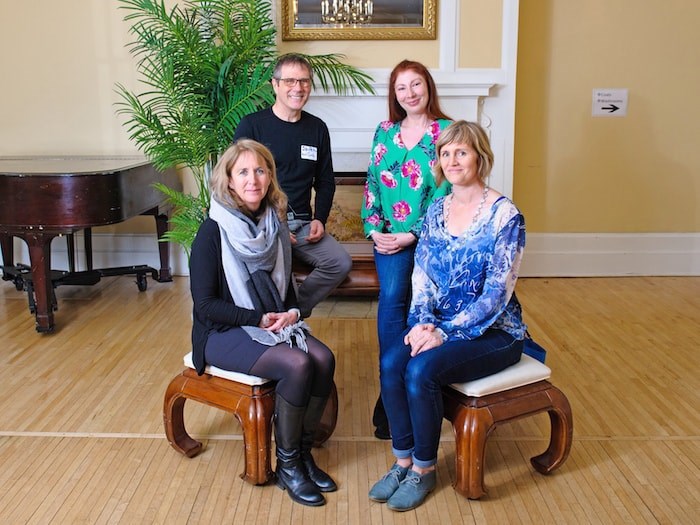 One of the Syrian kids figured out when Pelton’s birthday was and organized a surprise party at the school, presenting him with a cake and his favourite book when he was a child: Alice in Wonderland.

“And Jay doesn’t just help out with reading,” Nichols noted. “If he finds out that maybe a student has working parents who can’t make it to a school concert, Jay will be sure to be in the audience to cheer that student on. It’s been such a gift to work with someone who is so supportive of the kids.”

When Pelton won the Volunteer of the Year Award, he was asked to speak, but like many selfless volunteers, he deflected the attention. He gave a small wave to the crowd and sat back down.

“The school is a five minute walk from my home,” Pelton told me. “It’s truly a lot of fun to work with these kids, and I wouldn’t miss it for the world.”

It’s clear that the kids who have come from down the block or the other side of the world wouldn’t miss their half hour with him, either.