In the third year of this series, expect me to photograph and write about more of the film and TV productions which showcase our city and sometimes put a celebrity actor or two in the frame.
Susan Gittins Apr 21, 2013 3:07 PM

A year ago, Fan Expo Vancouver hosted the first panel for Vancouver-cop-from-the-future series Continuum. And what a year it's been. Continuum debuted on Showcase as an out-of-the-box hit. Almost one million Canadians watched, making it 2012's  number one cable drama here. Since sold to more than fifty countries around the world. Canadian Screen Award, Writers Guild Canada and Saturn Award nominations racked up. A debut in January on Syfy in the U.S. which led to rave reviews from The New York Times and Entertainment Weekly TV critics. A second Continuum panel at Fan Expo Vancouver yesterday. And the premiere of a second season tonight on Showcase at 6 p.m. PT/9 p.m. ET. No wonder the cast and creator got giddy yesterday in Ballroom A at Canada Place.

Continuum is part sci-fi, part police procedural about a future police officer Kiera Cameron (Rachel Nichols) who travels back in time from Vancouver in the year 2077 to Vancouver today, swept up in an escape by a group of terrorists — Liber8 — who plan to change the future from the past by targeting the corporations that will come to rule the world. Cameron ends up being partnered with Vancouver police detective Carlos Fonnegra (Victor Webster) and tasked with bringing down Liber8, with the unexpected help of teen tech genius Alec Sadler (Erik Knudsen), a boy who will grow up to become the head of mega-corp SadTech and seemingly the man responsible for sending Kiera and Liber8 back in time in the first place.

Creator Simon Barry led the panel by getting the cast -- Erik Knudsen, Jennifer Spence, Roger Cross, Omari Newton, Victor Webster, Rachel Nichols, Lexa Doig, Luvia Petersen and Stephen Lobo (third photo below) -- to Q&A themselves. American Rachel Nichols, who plays the cop-from--2077, was asked how she became so bad-ass on screen. She recalled her first appearance on genre series Alias as a Russian hooker in a red wig. "When you start there you want more", she explained, especially after scenes are cut together with the stunt double's and "you see yourself kicking ass".  Attention also focused on young Erik Knudsen. Without spoiling exactly what's coming, cast implied that his young Alec will be "going to a dark place" in season two. 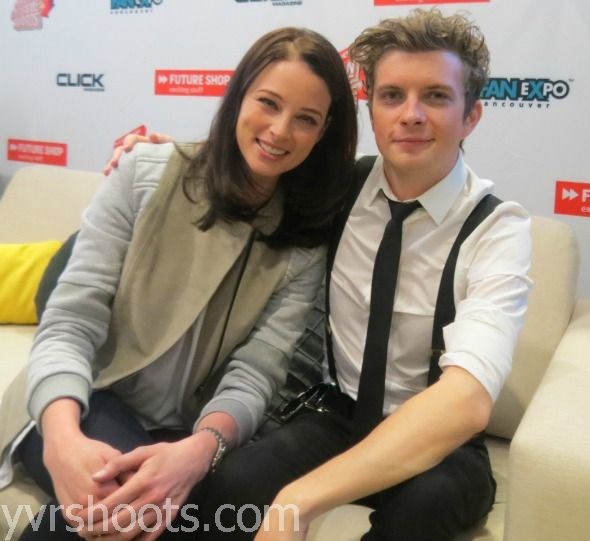 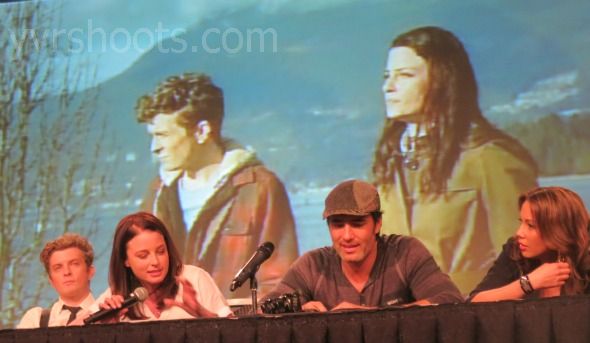 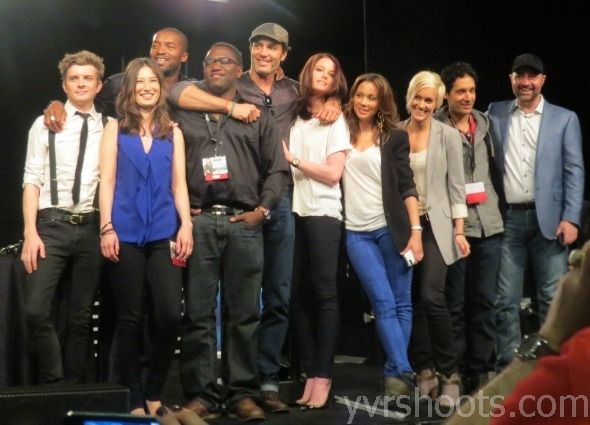 As well as the season two premiere tonight, fans can look forward to a cast live-tweet, which if their Syfy live-tweets are any indication, will get down-and-dirty. Victor Webster is hilariously candid and I expect big things from Omari Newton (Liber8 tech genius Lucas Ingram) who kept us laughing with quip after quip at Fan Expo, including "I am the Jay Z of sci-fi". That prompted the riposte "Don't mess with Lucas. He'll smack you with his MacBook Pro."

After the panel concluded, Continuum fans joined the thousands of others in Canada Place this weekend, intent on hunting down the best of cosplay (Costume Play), browse through the booths and stand in line to meet such stars as Lord of the Ring's Sean Astin (at the bottom of the page.) 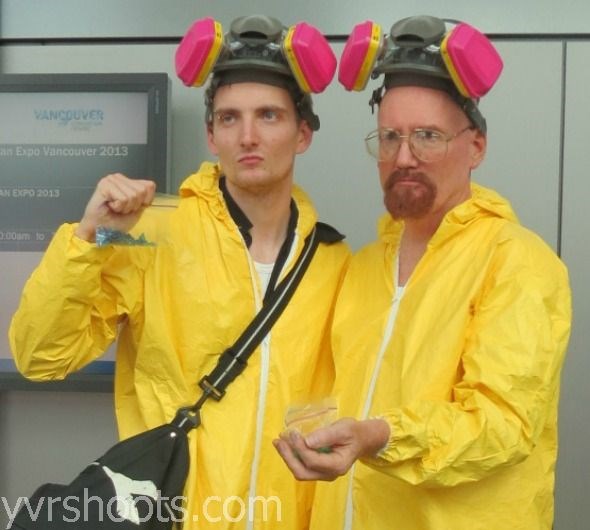 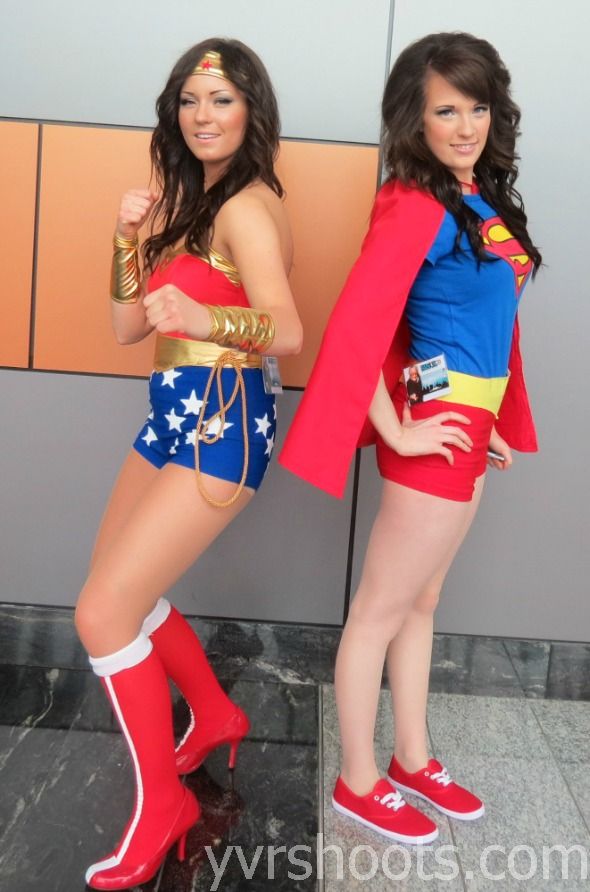 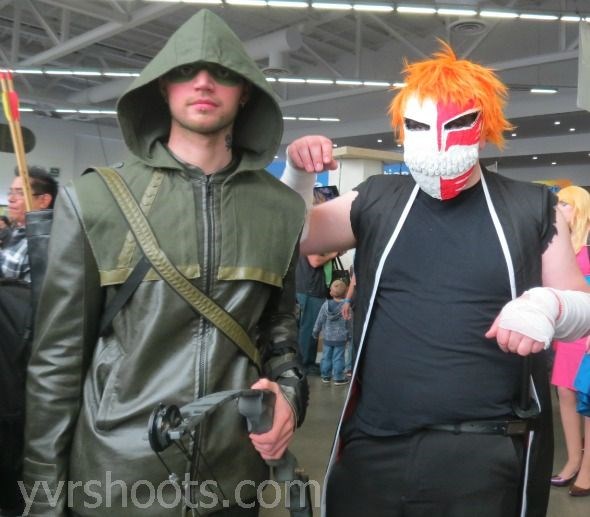 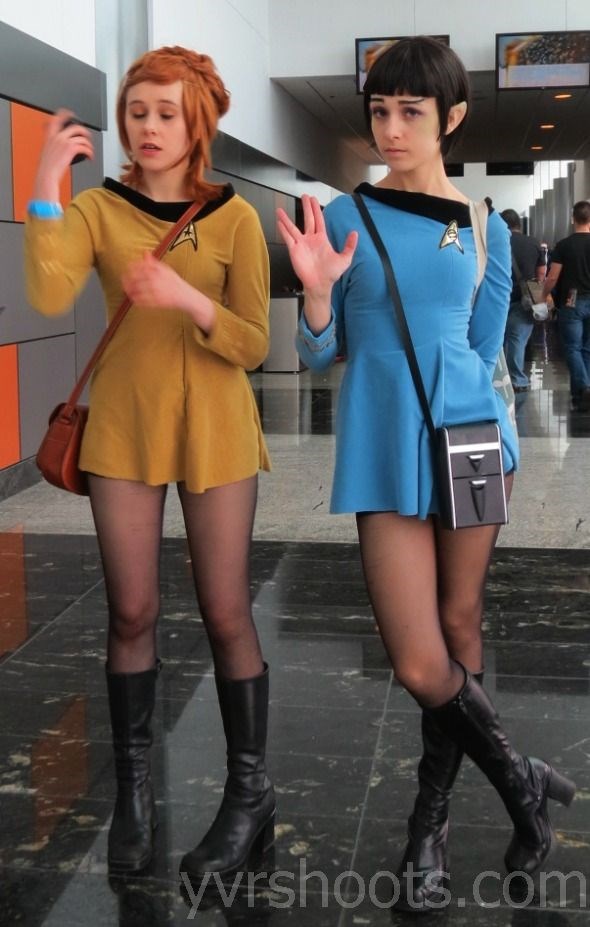 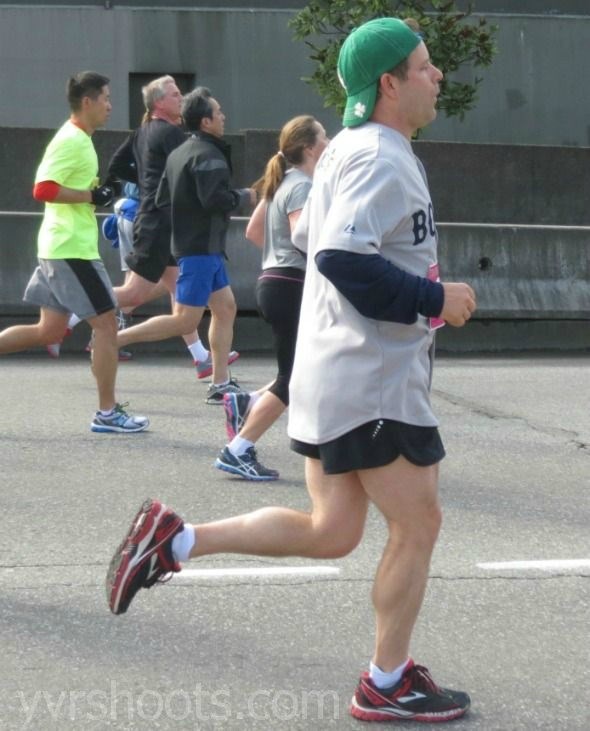