Looking to take a bite of Vancouver's ever-evolving pizza scene? It's a real slice, that's for sure. 🍕🍕🍕

Looking to take a bite of Vancouver's ever-evolving pizza scene? It's a real slice, that's for sure.

While you may have your tried-and-true neighbourhood local for calling in some vital take-out 'za or pulling up a chair with your household bubble for a proper pizza feast, there are a few newer spots slinging pies around town that you may want to put on your must-try list.

There are pasta dishes, cocktails, vino, salads, and more at Capo & The Spritz, but don't skip out on the pizza at this sibling spot to Vancouver's Autostrada. Situated at the base of the Opus Hotel in Yaletown, this cozy spot is doing top-notch pizzas with classic toppings, with beautiful blistered thin crusts. They have nearly a dozen pizzas on the menu, from a classic pepperoni and mushroom to the splurge-y "Too Good," made with burrata, Biscay anchovies, and basil. 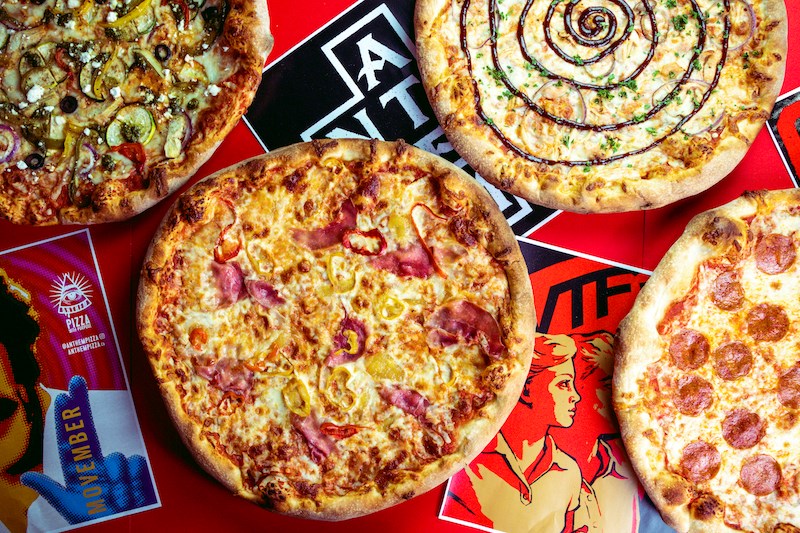 This take-out and delivery pizza joint takes its cue from current events and some serious tunes. Anthem's menu includes 14" pizzas inspired by icons like Bowie (Hunky Dory: prosciutto, banana peppers, mozzarella and pineapple jam), The Beastie Boys (Sabotage: chorizo sausage, pepperoni, roasted chicken, prosciutto, mozzarella) and Iggy Pop (Blah Blah Blah: Alfredo sauce, mozzarella, fior di latte, Grana Padano, Provolone, EVOO). You can also build your own pizza with a choice of toppings, and can also sub-in a gluten-free crust if need be. The pizzas are stashed in some unique boxes, featuring limited-edition artwork by David Bircham and other local artists. Bonus: Anthem donates a portion of the proceeds to a different cause each quarter. 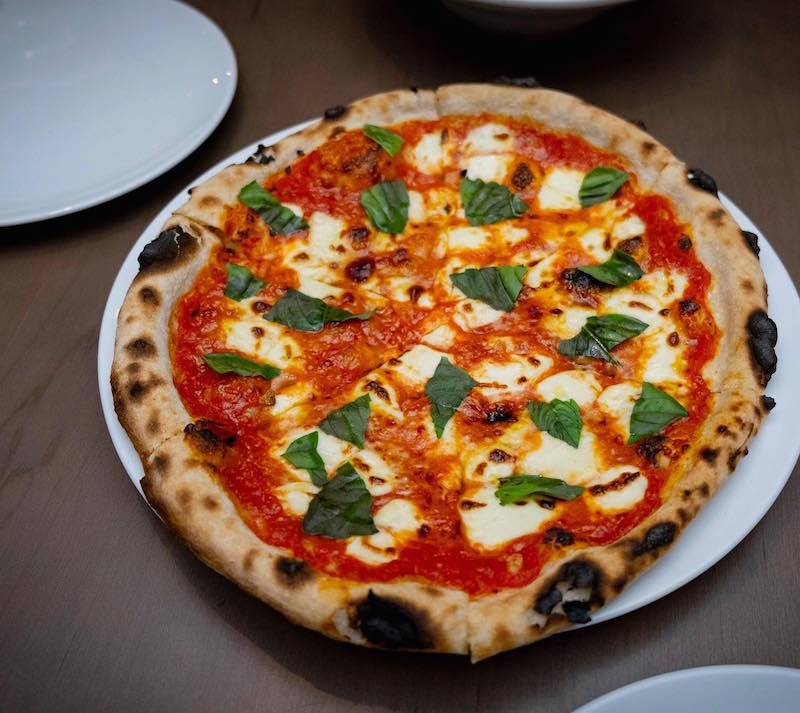 This elegant Yaletown newcomer is perfect for date night or happy hour, but their pizzas are not to be overlooked. They're firing up a half-dozen pizza selections at lunch and dinner, including a Margherita that's available as a choice on the restaurant's Dine Out Vancouver lunch menu and its Winter Fest special dinner menu. They also come up with some tantalizing pizza specials, so look for those fun offerings. 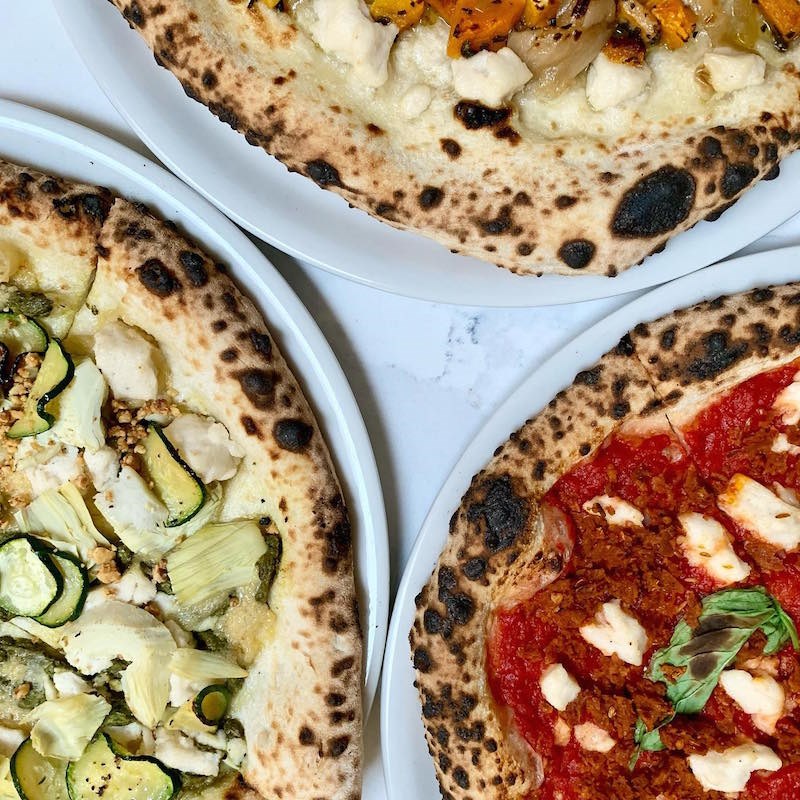 This thick crust pan pie pizza pop-up is sliding in hot Mondays and Thursdays at Modus Coffee, taking orders just once a week. They make cast-iron pizzas to go, and donate a portion of their earnings to different local organizations montly, like the Downtown Eastside Women's Centre. 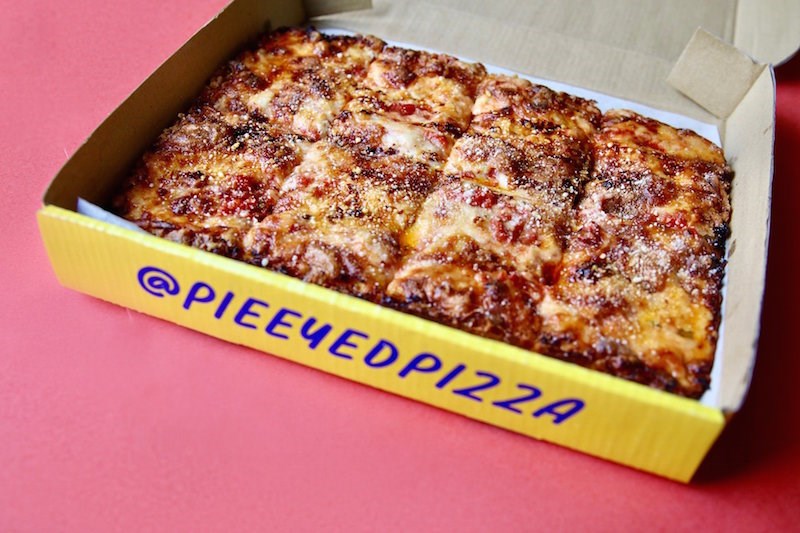