After 8 years, a beloved Langley restaurant is closing its doors 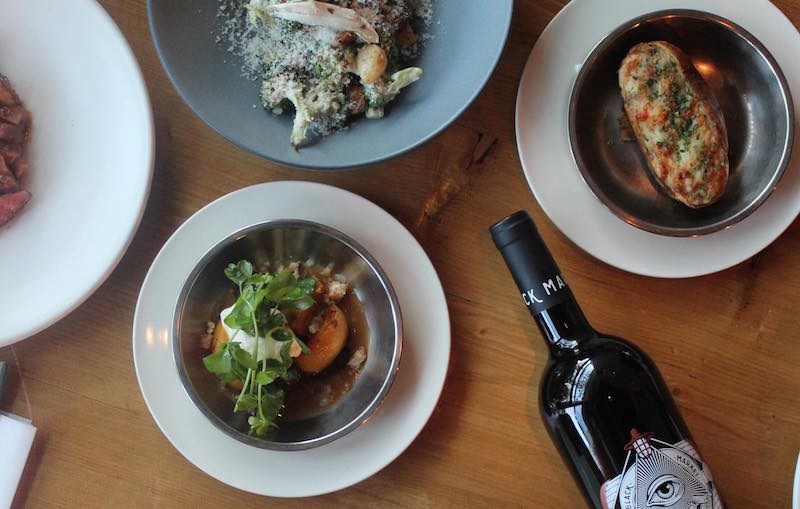 It's pretty clear to see from Chris Roper's face that his restaurant means a lot to him.

The owner of Langley City's Fat Cow and Oyster Bar, a 26-seat intimate restaurant specializing in locally-sourced food, took to Instagram to release a video in which he faces his fans to let them know this would be his last month in business.

"It has been a roller coaster," says Roper, describing the last few months of business during the pandemic.

In the spring, Fat Cow shifted to offering take-out meals and "essentials," before re-opening to dine-in customers in early June.

However, as Roper explains, he and his wife, Emmy, have been having conversations of late about what the next few months at the restaurant would possibly look like.

Ultimately, the decision has been made: Fat Cow and Oyster Bar will close its doors for good after service on Saturday, Nov. 28.

"We'd like to thank everybody that's supported us over the last eight and a half years," says Roper. "This decision did not come lightly."

Roper opened the Fat Cow and Oyster Bar in 2012, spending the ensuing years "cranking out fun food in a fun environment."

From the Fat Cow to the Black Radish

In March, Roper and his team were working towards opening a second location due to open on April 1, a cafe in Abbotsford, but when COVID restrictions arrived mid-month, everything came to a halt.

"I can also remember March 17 hitting us like a sack full of shit," adds Roper.

Fortunately, that cafe venture, called The Black Radish - an offshoot of their seven-year-old catering company of the same name - was able to get its doors open.

Now, however, the time of the Fat Cow, and its steaks, seafood, burgers, and Old Bay-seasoned fries, is coming to its end.

It's "definitely bittersweet to say the least," shares Roper via Instagram, adding he's "excited for what we have on the horizon."

Emmy and Myself have decided to shut down The Fat Cow and Oyster Bar. We can’t express how blessed we are to have such amazing group of staff, guests, and suppliers and we look forward to what’s next for us