7 Vancouver restaurant closures you may not have heard about 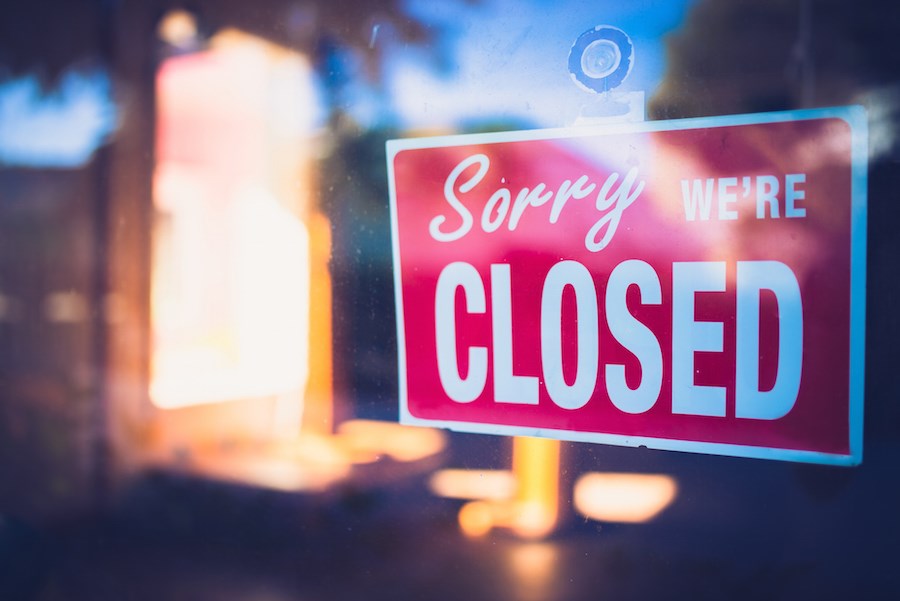 Here's a roundup of some Vancouver restaurant closures you might not known about. Photo: Closed sign in store window/Getty Images

Sometimes when a big chain restaurant or a high-profile spot goes out of business word spreads fast. Sometimes, sadly, like in the case of Frenchies on Main, a devastating fire puts the restaurant on ice unwittingly. But Vancouver is full of neighbourhood joints that sometimes shutter with little or no fanfare. Particularly during the coronavirus pandemic, as businesses struggle to keep their doors open, staff healthy, and diners satisfied, customers who maybe haven't been by in a while don't know what's been going on.

Here are a handful of Vancouver restaurant closures that you may not have heard about. Sometimes there's already a new spot ready to take its place, too - so take note in case you're looking for something new to check out, too.

A rep for the fast-casual and take-out restaurant recently confirmed via email with Vancouver Is Awesome that Assembli's original location, at 2325 Cambie has been closed permanently. Their second location, at 1066 W Hastings (in Oceanic Plaza Towers), has been closed temporarily. Open since 2017, Assembli offers single-price build-your-own pizzas and salads with dozens of topping options. Fear not, fans: The Burnaby-based operation says its looking to re-located the Cambie restaurant a little further south, as soon as possible. No word yet on a replacement at 2325 Cambie, as its listing is still active.

Wheat & Barley was a short-lived venture at 212 East Georgia, replacing the long-standing Caffe Brixton. The restaurant specialized in food with an often German touch, as well as a number of dishes tailored to diets like keto or vegan.

The poutinerie at 1011 Granville Street is no more. Frites was known for their Belgian fries and double-layered poutine in decadent ingredient combos. Taking its place: La Loteria, which will feature Mexican street food from Monterrey like tortas, tostadas, and tamales.

For several recent years, Ginger Garlic was a go-to spot in the West End for Indian fare. Recently the restaurant at 1738 Davie St shuttered. Now in its place is MuMu Kitchen, which specializes in Korean food, including fried chicken.

Located near Oakridge at 5556 Cambie St, Mimibuloveme was a small Japanese cafe that was known for its green tea parfaits. The restaurant also served milk tea, pasta dishes, and ramen. While Mimibuloveme closed earlier this year, the space is now Bonjour Banh Mi, which is a casual Vietnamese spot serving traditional sandwiches and salad rolls.

The chain of take-out Thai eats has packed it in at 1517 Robson St. (though there remain locations of the franchise at City Square Shopping Centre, on Cambie at 17th, and on Granville Street downtown). The address is now poised to have a chicken chain in the coop; called BB.Q Chicken (for "Best of Best Quality," not traditional "BBQ"), this location will be a "BB.Q Chicken Lemon" location.

A long-standing Kerrisdale coffee shop known for its breakfast fare closed down earlier this year, and for the past few weeks, 2179 W 41st Avenue has been undergoing a transformation to become an upscale restaurant and bar. Called Jess', the new venture promises French-Asian fusion fare and drinks.