After over 7 years, a Vancouver 'supper club' has closed its doors for good

The party has come to an end for the sprawling Vegas-inspired style bar and restaurant in Chinatown.
Apr 13, 2021 11:28 AM By: Lindsay William-Ross 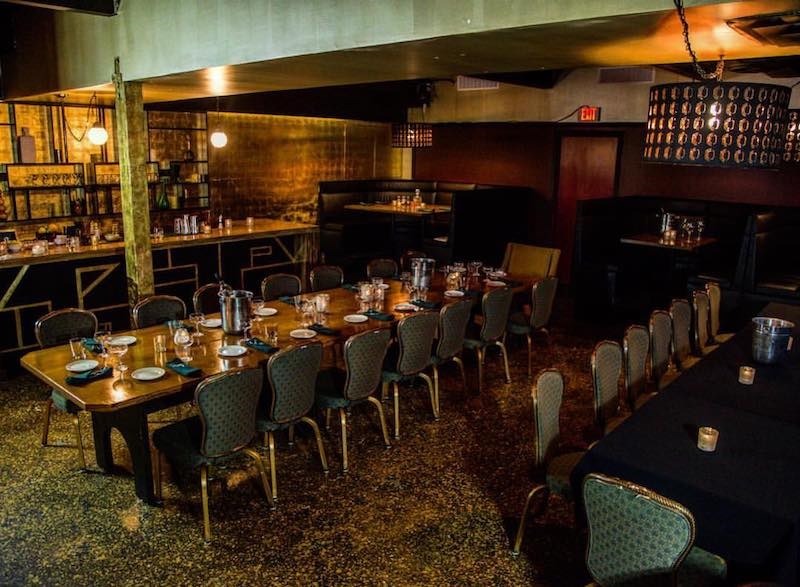 The party has come to an end for The Emerald, a "supper club" style bar and restaurant in Vancouver's Chinatown.

The sprawling 3,000-square foot second-level space on Gore Street opened over seven years ago and was decked out to evoke a Vegas-inspired style and vibe.

The Emerald was one of the core ventures of The Narrow Group, the Vancouver-based arts and hospitality company behind other themed venues like Key Party and the once-again shuttered Rumpus Room (which has become Slim's BBQ, and is still part of The Narrow Group).

"We have passed on ownership of the Emerald supper club to a group of vibrant and seasoned pros, Addah Inc.," reads the social media announcement from The Emerald.

"It's been a fun and exciting 7 and a half years and we are really happy to be passing on the torch. We really enjoyed every minute of it and want to thank everyone who came down for all the crazy parties, bands, and half-price cocktail night debauchery!"

The multi-room venue was popular for private bookings for events and celebrations, as well as a happy hour and a menu of cocktails and eclectic bar bites.

When The Narrow Group first landed on the space back in 2013 the location had been empty for over a decade prior.

“It was empty and full of pigeons living the high life and when we took it over it was just a big empty cavernous space,” former Narrow Lounge partner Rachel Zottenberg told the Vancouver Courier in early 2014. “We heard through the grapevine from people that it had been a dim sum restaurant many, many moons ago.”

She and then-business partner David Duprey (who still owns The Narrow Group) said they spent seven months reconstructing the interior and scouring Craigslist, eBay, New Westminster and Langley shops for the perfect light fixtures and more.

A massive chandelier they purchased from a Point Grey mansion greeted visitors at the top of the stairs. The dining room features big booths against one wall, a semi-separated room for buffets or private parties and a back room for performances.

The space was designed to evoke vintage Las Vegas and a touch of TV's "Mad Men."

Plans for the new owners have not yet been revealed, and it is unclear if Addah Inc. will operate The Emerald as-is, or launch a new concept in the space.

The Emerald announced it was temporarily closed earlier this month.

A post shared by The Emerald Supper Club (@emeraldsupperclub)

With files from Cheryl Rossi/Vancouver Courier (2014)