A new plant-based restaurant that will soon be taking root in River Market hopes to become a destination from foodies from across the region and to help folks with Parkinson’s disease.
Theresa McManus
Apr 8, 2019 3:55 PM

A new plant-based restaurant that will soon be taking root in River Market hopes to become a destination from foodies from across the region and to help folks with Parkinson’s disease.

Alejandro Diaz, who opened El Santo on New West's Columbia Street in 2015, is getting set to open Amaranthus in New West in the next few weeks. 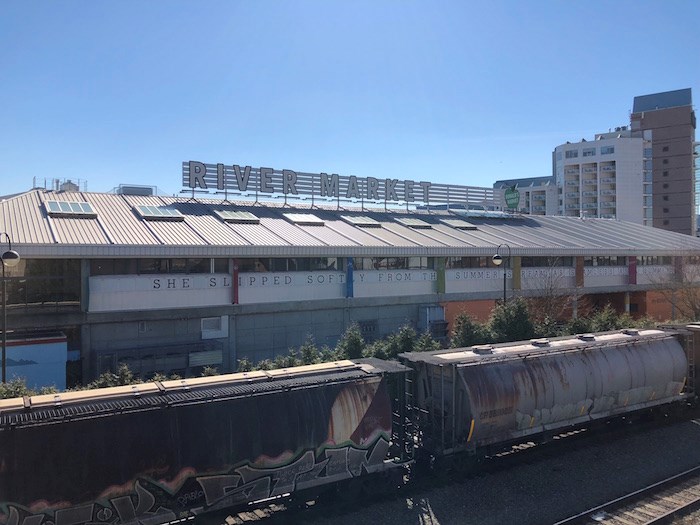 “Most plant-based restaurants are on Main Street,” he said. “We want to create something where it becomes a destination.”

Like El Santo, Amaranthus will focus on local products.

So, what’s on Amaranthus’s menu?

“We don’t really want to say much. It’s comfort food, but an elevated type,” Diaz said. “One of the things that people are loving is the veggie burger.”

The restaurant’s menu is being overseen by El Santo chef Sam Fabbro.

“We have been doing some tastings. It’s a little more than they were expecting,” Diaz said of feedback. “People were expecting something very basic, but I think what Sam is doing, he has a very nice menus.”

According to a write-up from the restaurant, amaranthus (more commonly known as amaranth) is an ancient plant used for its grain. The name was selected for the restaurant because of its historical significance, nutritional values and beauty.

“We see it as more than a name, but as a metaphor for our plant-forward menu and beautiful location coming together to make a timeless experience with great food,” said the write-up about the restaurant. “We are a vegetable-forward, feel-good restaurant built from the root up, for our beloved community. Our mission is to create honest food that highlights great ingredients in a welcoming space, and we cannot wait for you to enjoy it.”

While El Santo’s charity-of-choice is the Canucks Autism Network, Diaz was struggling to decide on a community partner to support with Amaranthus. That all changed after a chance encounter with Michael J. Fox, an actor known for his meaningful work for Parkinson’s disease.

On a recent Saturday, a man walking with a cane came into El Santo with two women, but they didn’t have a reservation and the restaurant was packed. Diaz felt bad that he didn’t have a table for them but managed to make space for the trio.

“It was Michael J. Fox. I had no idea it was him. I felt bad turning him away. We moved things around – we try and do that for people,” he told the Record. “People came and asked, ‘Is that Michael?’ “Michael?’ I had no idea. I like to go and talk to all the tables, and yes, it was Michael J Fox.”

The encounter was a bit of an “aha moment” for Diaz, who decided Amaranthus would support Parkinson’s. Diaz, whose mother-in-law has Parkinson’s, believes the cause is a perfect fit for Amaranthus, which will feature healthier menu.

“I have seen how my mother-in-law has changed over the years, and it was also a life-changing moment to see Michael,” he said in a press release from IMPACT Parkinson’s. “I immediately contacted IMPACT to see how I could help.”

IMPACT Parkinson’s, a New West-based non-profit, provides assorted services to people with Parkinson’s and their families. Plans are in the works to create more awareness about the disease in various ways, such as including an item on Amaranthus’s menu where a portion of the price goes to IMPACT Parkinson’s, and having an annual fundraiser to support the centre’s programs.

“I always believe that when the community gives to you, you can give back,” Diaz said.