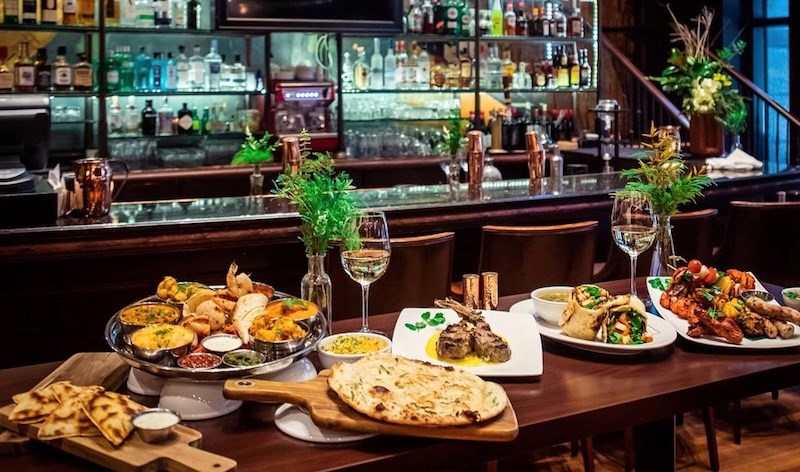 The Copper Chimney, an award-winning Indian restaurant inside the Executive Hotel Le Soleil in downtown Vancouver, has closed for good. @copperchimneyyvr via Instagram

No more naan from the clay ovens of downtown Vancouver's Copper Chimney. The elegant Indian restaurant inside the Executive Hotel Le Soleil at 567 Hornby St has closed permanently, and plans are already underway to turn the venue into a French-inspired concept.

Copper Chimney was revamped back in 2018, with the longstanding restaurant offering engaging features like a menu of made-to-order bread, an extensive gin and tonic selection, and modern takes on classic Indian ingredients, like a "grilled cheese" made using naan. The restaurant also offered a unique lunch take-away program using traditional tiffin boxes, aimed at local office dwellers in the downtown core.

Back in November 2020, the restaurant announced it was shutting its doors once again, having closed in the spring and re-opened in October due to the coronavirus pandemic.

Among its accolades over the years, Copper Chimney earned nods in the 2018 Vancouver Readers’ Choice Awards hosted by the Vancouver Courier, in the “Downtown Indian Food” category.

However, it's out with Copper Chimney and in with Alouette at Hotel Le Soleil. A rep for the venue describes Alouette as a "fabulous, fun and lively French Bistro."

Currently, Alouette is aiming to open this summer. No further details about the project were provided.

Copper Chimney, and now Alouette, are run by the same team as Hydra Estiatorio Mediterranean at the EXchange Hotel in Vancouver, Seaside Provisions at the Seaside Hotel in North Vancouver, North Vancouver, and Freebird Table & Bar at the Executive Hotel Vancouver Airport in Richmond.

Freebird, incidentally, is also a newer concept in the Executive Hotel chain's Metro Vancouver portfolio; the fried chicken-focused restaurant launched last year after delays due to the COVID-19 pandemic, having replaced Ceili's Pub at the location.