The Donnelly Group has shuttered one of Vancouver's oldest watering holes for the time being.
Jan 7, 2021 1:20 PM By: Lindsay William-Ross 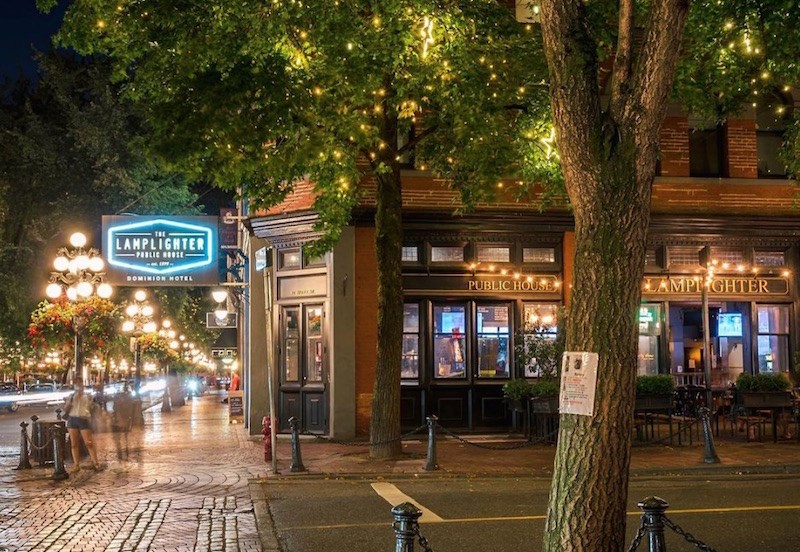 The Lamplighter Public House at 92 Water Street in Vancouver's Gastown. Photo via @luke.whitman/Instagram

The end of 2020 brought with it some troubling news for Gastown pub fans: The Lamplighter has closed.

Owned and operated by Vancouver's Donnelly Group since 2007, the property itself has been home to a pub or restaurant since its earliest days at the start of the 1900s. In 1925, a handful of Vancouver establishments were granted licenses to serve alcohol, including The Lamplighter, making it one of the oldest pubs in the city.

The Lamplighter shared a brief farewell note on its social media: "To our neighbours, our friends, our guests, and our staff. Thank you for all your continued support through this peculiar year. We are temporarily closing the Lamplighter Public House, we appreciate you all, and we will back! - stay safe Vancouver."

Back in late May, Donnelly re-opened The Lamplighter following the province-wide disruption to businesses due to the pandemic.

When asked for more details regarding the closure, including what prompted the business to close down The Lamplighter property and how long the closure is expected to last, a media relations representative for the Donnelly Group said the company would not comment on the matter.

The Lamplighter joins a roster of Donnelly locations in Vancouver that are temporarily closed right now, which includes one of its newer properties, the Ballyhoo Public House, along with public houses Blackbird, The Butcher & Bullock, Cinema, and The New Oxford. Also "temporarily closed" are bar venues Tavern (in the basement of the New Oxford), Clough Club (adjacent to Lamplighter), and live music venue and bar the Railway Club.

Blackbird, incidentally, had housed the ground-floor semi-separate restaurant project Royal Dinette up until its permanent closure at the onset of the COVID-19 pandemic in British Columbia.