After five years of impressing food fans on the North Shore and coming over the bridge from Vancouver, Dundarave's award-winning restaurant Terroir Kitchen has announced they're closing permanently.

Opened in 2016 by veteran Vancouver chef Faizal Kassam, Terroir represented a poignant "full circle" moment: Kassam had once been a dishwasher at the restaurant when it was the beloved  La Régalade French Bistro.

Kassam welcomed guests to enjoy his Southern European and Mediterranean fare in a room styled to reflect a rustic-meets-modern aesthetic. 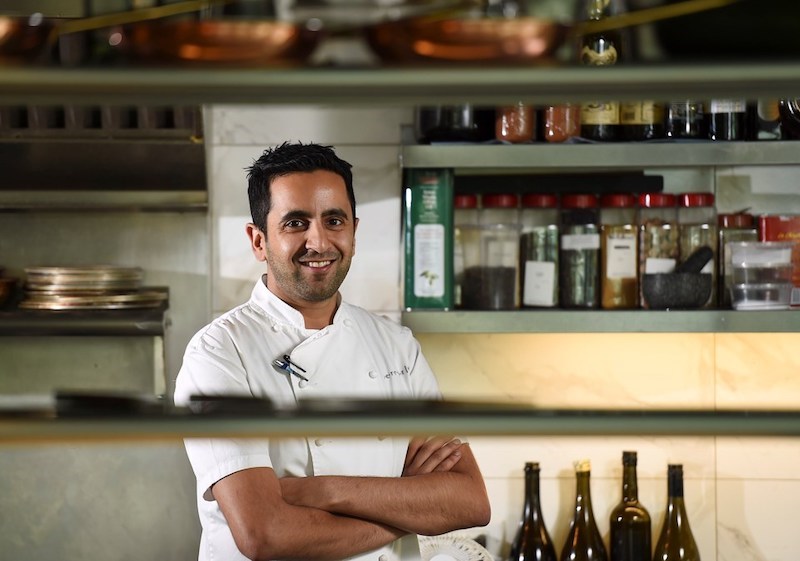 Terroir Kitchen chef/owner Faizal Kassam in 2016. . By Dan Toulgoet / Glacier Media file photo
Among Terroir's fans was the then-critic for the North Shore News, Chris Dagenais, who raved in 2016 his "Terroir dining experience was flawless."

In 2019, Terroir was named the "Best of the North Shore" in the number one spot in the Vancouver Magazine Restaurant Awards, an honour it also received the previous year.

On July 23, Terroir revealed the end has come for the restaurant, and that the "last supper" would be served on July 24.

"For the past five years, Terroir kitchen has been a neighbourhood restaurant providing high quality European food and wine. It is through our great team and loyal guests that we have had such a tremendous run," reads the restaurant's closing announcement.

"It saddens us to say, that run has come to its end. Our last dinner services will be tonight and tomorrow with very limited space available. Thanks to all who have supported us in the past and to all the staff who have helped along the way."

Terroir Kitchen is located at 2232 Marine Drive in West Vancouver.