There's an all-bacon stand, poké bowls, chili cheese fries, and the cheapest lemonade in Vancouver for the new Canucks season.
0
Oct 5, 2017 11:15 AM By: Lindsay William-Ross

Opening night for the 2017-2018 Vancouver Canucks season is Saturday, October 7, and Rogers Arena has been getting ready to infuse the action with more of what the fans want. And what they want is BACON.

Yep, bacon. Robert Bartley, Executive Chef for Canucks Sports & Entertainment, tells Vancouver Is Awesome via phone that in recent years they've had so many requests from customers to add bacon to existing dishes that it dawned on him they may as well have a vendor kiosk that really brings home the...well, you know. 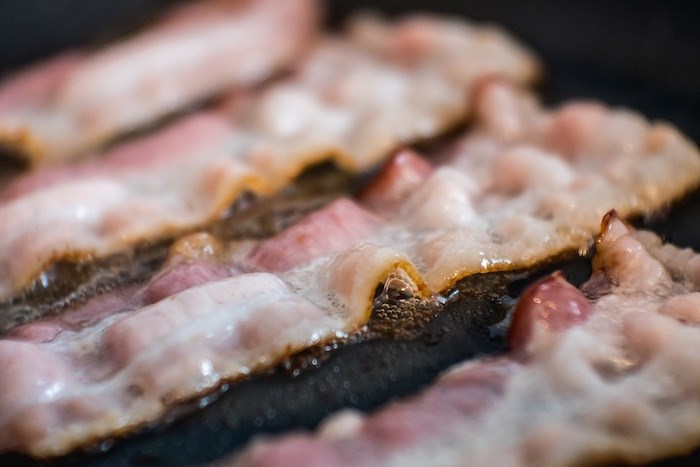 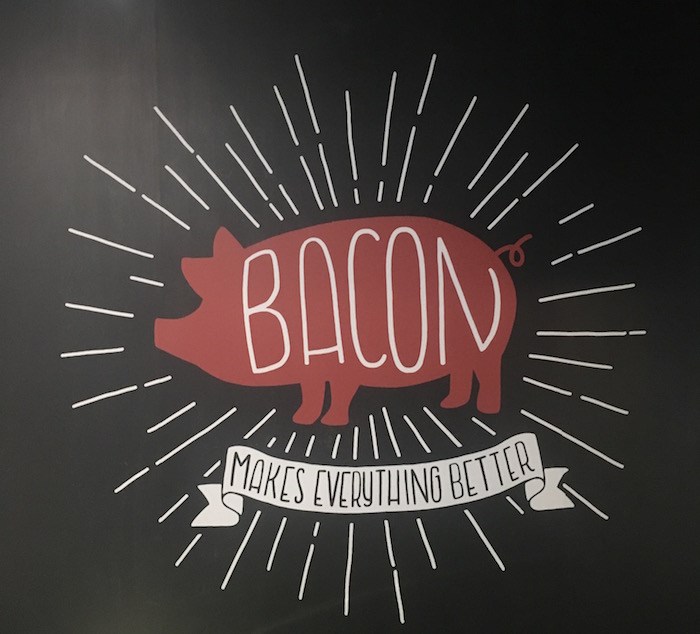 The bacon eats range in price from about $9 to $12, and thanks to the stand's visible seven-foot griddle, fans can follow their noses to the 300-level. BACON replaces the ooey gooey "Melt," though you can still get some of Melt's signature items (just ask them to--gasp!--hold the bacon).

Hockey fans on the concourse will want to keep their appetites primed for some additional new eats throughout the venue this season, like Boneless Chicken Wings, Sweet Potato Fries with a Spicy Maple Dip, Chili Cheese Fries, Chili Cheese Dogs.

Up in the Club section, which serves about 2,500 guests, fans will find Carve and its expanded line of sandwiches, as well as the oh-so-on-trend poké. Thanks to what Bartley acknowledges as "the latest craze in Vancouver," Poké will have salmon, tuna, or prawn poké along with fresh sushi rolls.

The cheapest lemonade in Vancouver

For families, Bartley is pretty excited that Rogers Arena is launching the new Fin Family Zone, where you can expect to find old school food carts, and things priced and sized for smaller budgets and appetites, like hot dogs and popcorn, and a 16-ounce lemonade selling for 25 cents. Located near sections 102 and 103, the zone will be in soft launch for opening night and will kick into gear with its grand opening on October 14. (Shoppers take note, they will have kid-centric merch in the $10 range, too.)

Before games, the party starts at 4 pm in the plazas, where non-ticket holders can also get in on the action. Of course, for opening night on the 7th the party will be pretty epic, but the good times will roll on into the season. So will the "Happy Half Hour" where special discount pricing will be in place for ticket holders who get in the Arena between 6 and 6:30 pm on game nights.

The other dining option many Canucks fans may not have checked out yet is the unique SportsBar venue, with its "in-stadium" but ticket-free offering for pre-, post-, and during game action. The new menu drops the same day the season opening puck does, and they'll also expand their hours starting on the 7th: Monday to Saturday from 4 pm to midnight, and Sundays 10 am to 10 pm (perfect for NFL watching, Bartley suggests).

One last perk for those heading to Rogers to catch the opening game: Free beer! All fans 19+ who wish to imbibe will receive a complimentary Budweiser (and for minors and non-drinkers, a non-alcoholic beverage).